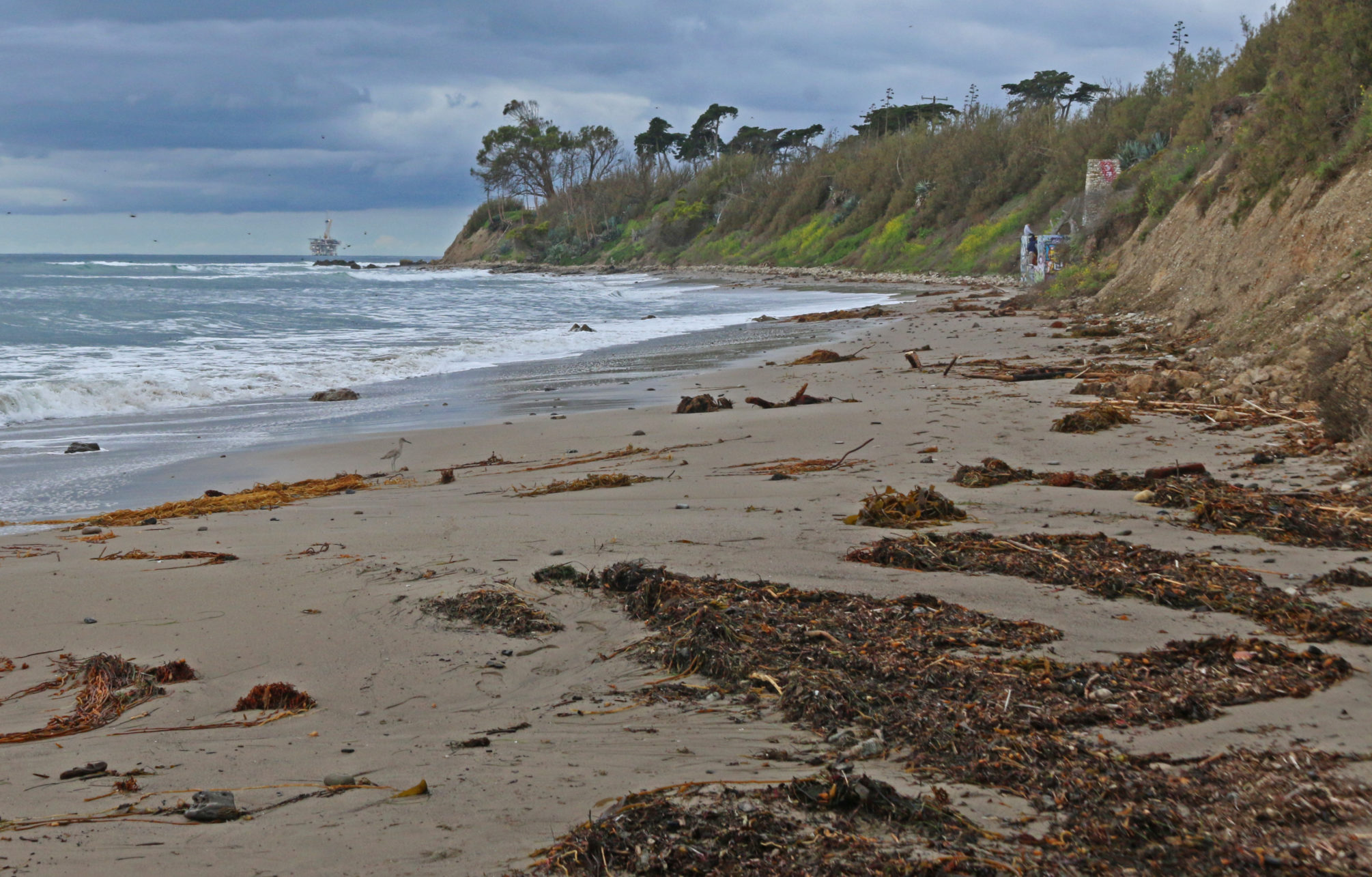 One of the beaches that comprises the Santa Barbara Coastal LTER Site, where beach wrack is a key part of the ecosystem.
Credit: E Zambello/LTER-NCO CC BY 4.0

The path to the beach was steep, partially eroded by the wind and rain on this Pacific Ocean-facing cliff in Santa Barbara. Carefully holding my camera, I scampered down as gracefully as I could after Kyle Emery and Nick Schooler, two PhD students at the University of Santa Barbara.

From the top of the cliff, covered in grass and dotted with the bright forms of Western Bluebirds, Emery and Schooler pointed to the tops of the famous kelp forests of this region. Their fronds, upon reaching the surface, spread horizontally along the top of the water, undulating with the waves and barely visible in the filtered light of a cloudy day. I imagined their green forms stretching down, down, down to the ocean floor, moving in rhythm with the currents of the Pacific.

Feet hitting the beach, my perspective changed along with the change in altitude. We walked to clumps of kelp that had washed up along the shore, their fronds mixed in with shells, sand, and other vegetation species.

Though separated by saltwater, the kelp forest and beach ecosystems are actually connected by the very fronds that wash ashore. In an effort to understand this relationship further, researchers at the Santa Barbara Coastal Long Term Ecological Research (SBC LTER) site have embarked on a fascinating tagging program.

Traditionally, scientists have tagged mobile species in the hopes of recapturing them later. From the recapture data, they draw conclusions about survivability trends and learn more about the geographic range of the given study subject.

Using similar methodology, scuba technicians at the SBC LTER site tag different kelp fronds as they grow beneath the surface within the kelp forest habitat. Eventually, these fronds detach, floating on the open ocean. Graduate students and staff walk the full length of six nearby beaches, searching for the tagged fronds. When they find a tag, they record the beach location data and check the ID tag against the original location of the frond—illuminating a direct relationship between the kelp forest and the beach.

“There is a strong relationship between the abundance and biomass of beach hoppers and beach-cast kelp (wrack), which, in turn, is linked to kelp forest dynamics,” Schooler writes in an email, “When kelp biomass is high in the kelp forest, it often tends to be high on the beach as well.” 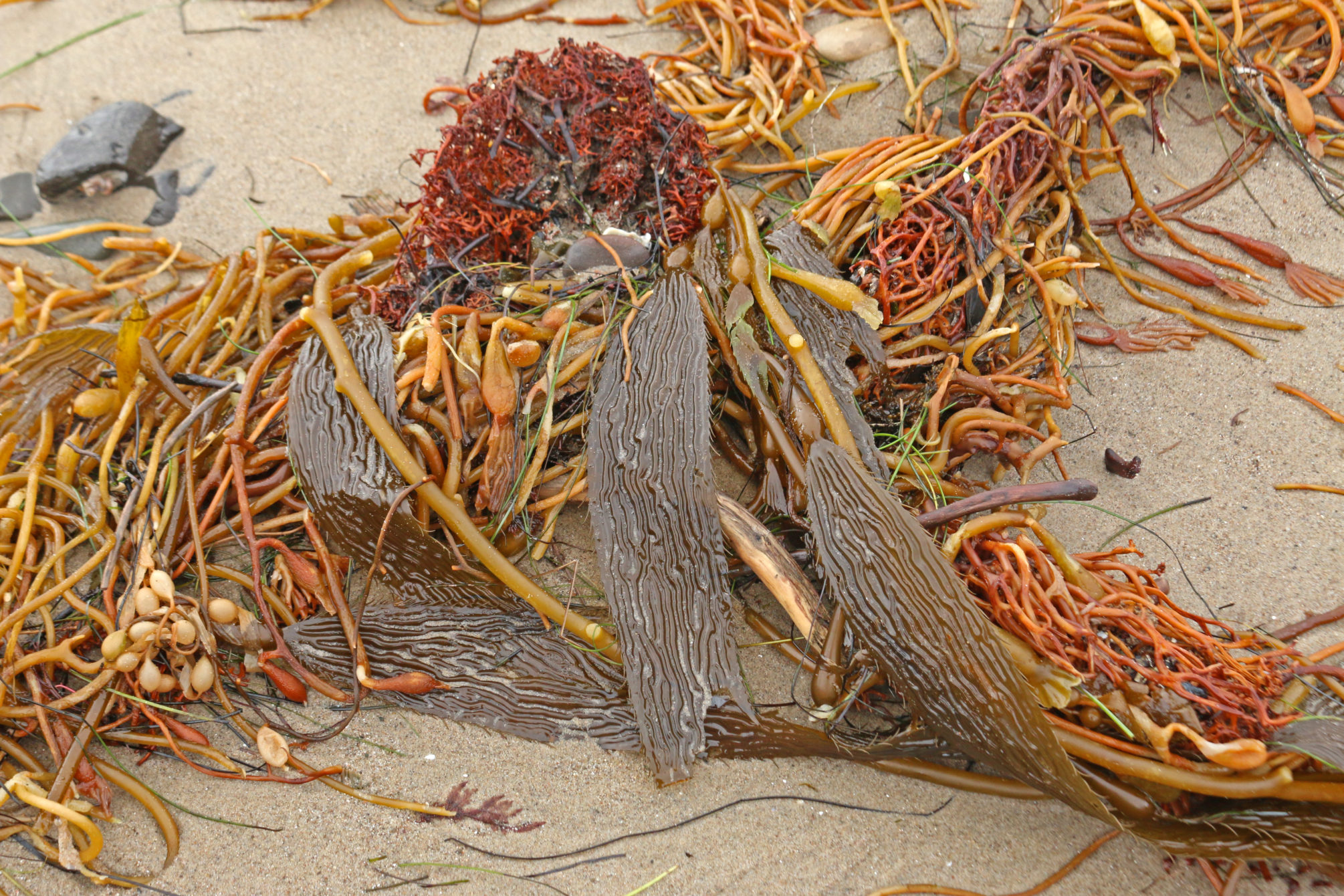 Certain areas of the beach simply accumulate more kelp than others. These layers of kelp and other ocean vegetation on the sand—known as the wrack line—is a critical food source for wildlife and thus supports higher biodiversity levels where it appears in greater densities. As we walked, a large shorebird known as a Willet picked among the kelp fronds for food such as beach hopper invertebrates, jumping from pile to pile in an effort to satiate its appetite. Based on bird surveys conducted since 1991, the scientists have concluded that there is a direct relationship between the wrack line, the number of beach hoppers it can support, and the biodiversity of shorebirds that come to feed on these beaches.

From the cliff, the kelp forest seemed connected to the beach only by the expanse of salt water that encompasses the former and borders the latter. However, long-term science at the SBC LTER site showcases not only that the kelp fronds form critical components of the beach ecosystem food chain, but that geographical variation of kelp inputs have a strong impact of biodiversity on the beach.

As for the person who gets to walk along Santa Barbara beaches looking for the kelp tags? That sounds like a fun job to me! 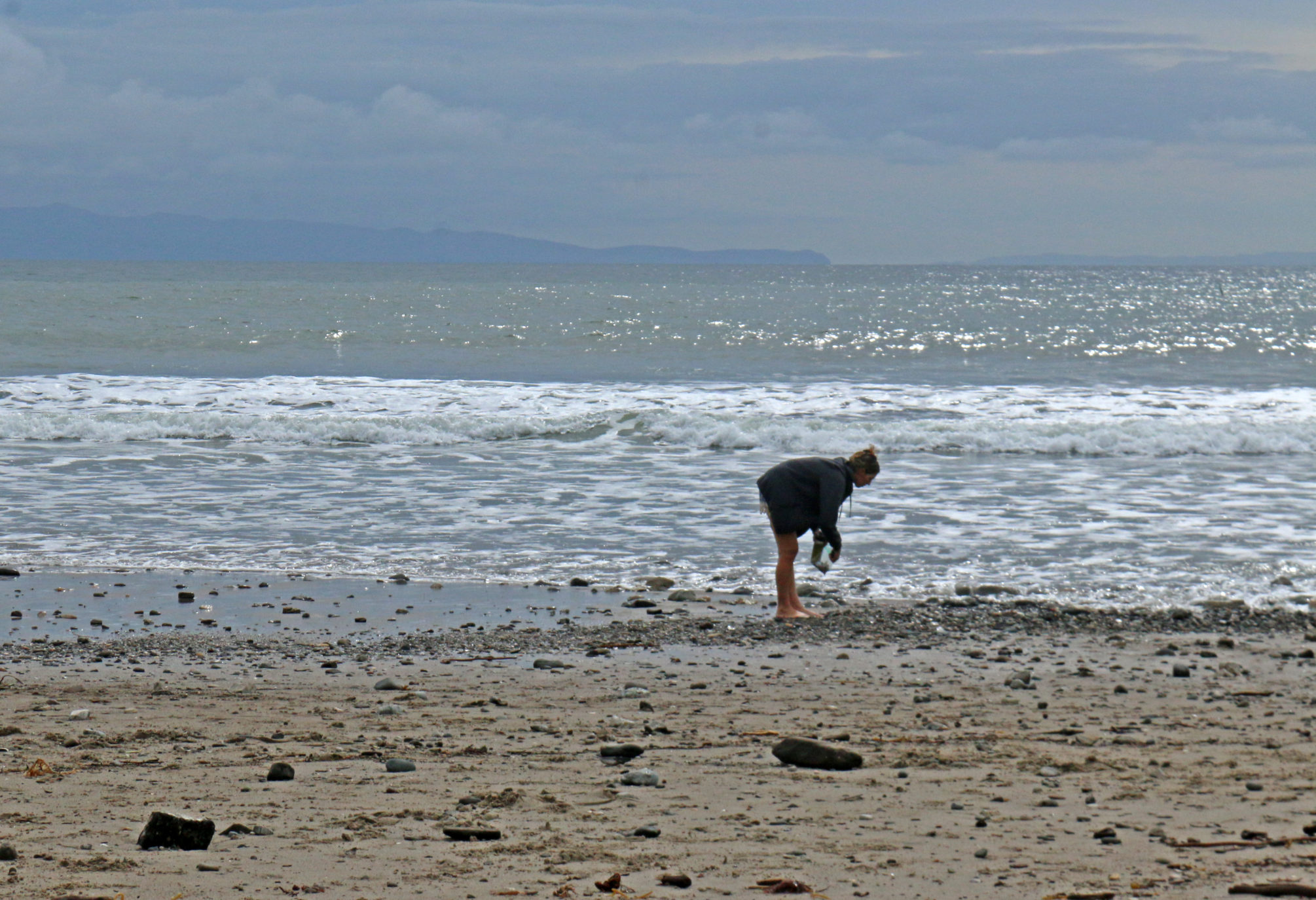 UCSB students and researchers comb local beaches to look for kelp fronds previously tagged in the water, to track their movement over time.
Credit: E Zambello/LTER-NCO CC BY 4.0