LTER Road Trip: Lessons Near and Far from Jornada 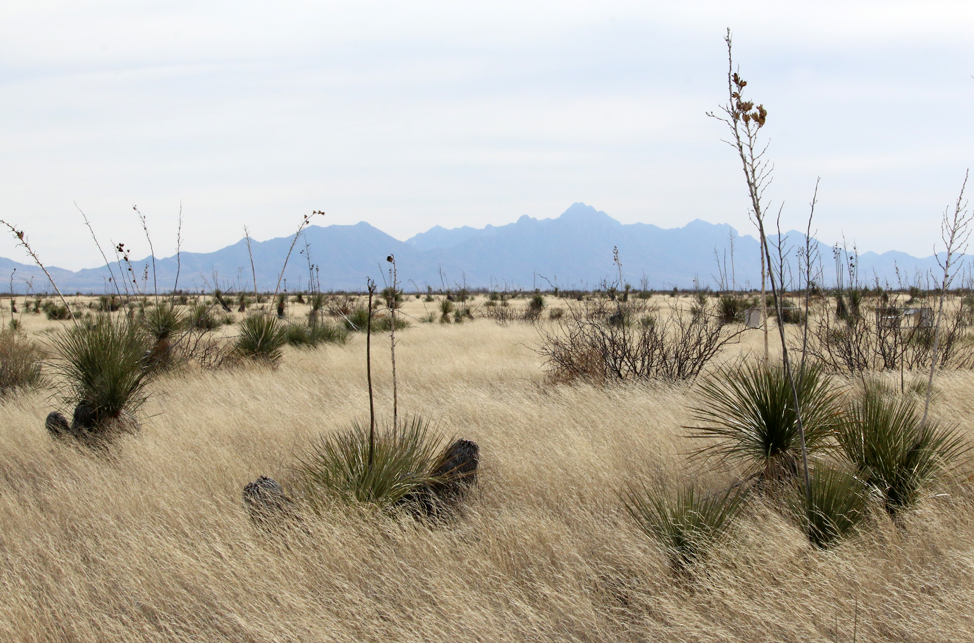 What plant communities can tell us about rodents

Dr. Debra Peters has spent over 20 years studying changes across 15 study sites in the Jornada Basin, which take an immense amount of effort to monitor three times a year. Field technicians fan out across the landscape, measuring the volume of plant line and estimating new growth, a process that takes weeks for each of the three annual measurement cycles. The goal? To gather enough information to characterize the five ecosystem types that exist in this area, an endeavor that had never before been undertaken.

I spoke with Dr. Peters about the research in her office at New Mexico State University. She explained how from 2004-2008 the region experienced sequential wet years, culminating in a dumping of water on the site by Hurricane Dolly. Perennial grasses need this long stretch of wet weather to grow. By the end of 2008, Dr. Peters and her team had documented perennial grasses – like dropseed – successfully growing between the shrub areas. Though the years between 2008 and 2018, when I visited, have been a mix of wet and dry, these mid-successional, short lived grasses have held on. Without the long-term monitoring data at these sites, Dr. Peters said, “We wouldn’t have known it shouldn’t be this way.”

Though the assemblage of grasses and shrubs, as well as their distribution across the landscape, has changed over time, the net primary productivity has remained relatively stable, even in the more “degraded” shrub regions.

This pattern tracks another long-term Jornada research initiative: rodents. Anderson and I had walked out into the shrublands near a study aiming at uncovering possible restoration methods. Nearby,  a deep, round hole in the hard dirt indicated a kangaroo rat burrow, now abandoned. Kangaroo rats look like tawny-colored mice with large feet and long, fuzzy tails, one of many rodent species found here.  As the ecosystem types changed, would the community of rodents change too? 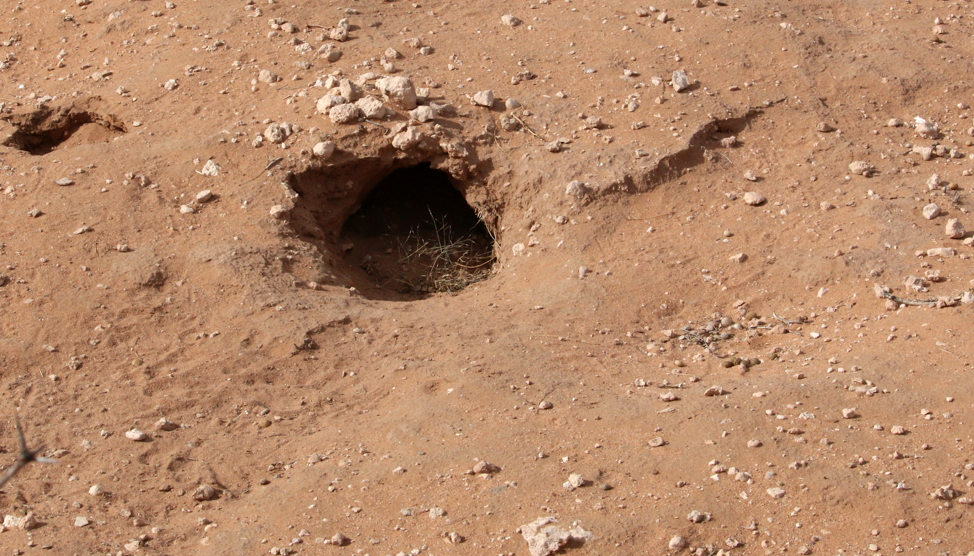 In 2004, field techs began setting 96 traps throughout Jornada once a year. Walking through the grasses or weaving around the mesquite or creosote shrubs the researchers filled the traps with birdseed before leaving them overnight, returning in the morning to tag, weigh, measure, and sex each rodent they caught before carefully letting them go. The whole process took three weeks – that’s a lot of rodents.

Over the ensuing 14 years, they discovered that the dominant plant communities do indeed support different species of rodents, but the overall biomass of rodents remains tied to the precipitation, and averages out to similar levels across grass and shrublands. In 2016, the Jornada staff began to set out camera traps, to see if this pattern held for larger mammals, including black-tailed jackrabbits, cottontails, badgers, coyotes, bobcats, and more. Do higher rain levels lead to more rodents, which in turn increases predator numbers, (known as a trophic cascade), or are predators influenced by other variables, and keep down the rodent populations?

Coyote and Cottontails in Nearby Suburbia

Questions just lead to more questions. In suburban areas, why did Jornada researchers observe the decline of native grasses? Graduate student Kristen Davaron wanted to find out. In a study area ranging from wildlands, to rural neighborhoods with 10-acre home plots, to urban areas of one-acre home plots, Davaron set out seed trays. Unsurprisingly, based on prior observations, the seeds disappeared fastest from the most dense neighborhoods, showcasing why native grasses couldn’t grow successfully. Camera traps revealed that cottontails were the culprit, proliferating in higher numbers here than in the wilder areas. Aha! So did this mean that coyote numbers were lower in these areas and weren’t predating on the rabbits?

Nope. As Davaron’s camera traps revealed, there roamed more coyotes in the densest neighborhoods, drawn to the human-made water sources, from artificial ponds to dog bowls. Watered lawns and gardens sustained more cottontails, and their populations maintained higher numbers despite the greater numbers of coyotes.

Over the decades, rigorous methodology for studying these desert state changes has been developed by Jornada scientists and shared with other national agencies, like the Bureau of Land Management and NRCS. The standardized tools and databases are shared online, and caught the attention of scientists in Mongolia.

Under communism, herding lands in Mongolia were public, as were the animals themselves. Herd populations came under community management, but during the modern shift to capitalism, herdsmen and women became eligible to own private herds again, though the lands remained public. In fact, it had to. Private parcels would be too small to ensure access to forage as season and weather patterns shifted growth across the landscape. A tragedy of the commons had developed: the herdsmen depended on the public grazing land, but with private animals had less incentive to maintain it (a similar issue emerges in ocean fisheries around the world). The government of Mongolia and the herdsmen and women wanted a fix, and discovered Jornada’s publications. A partnership spanning over a decade was born!

Scientists have visited at Jornada to learn first-hand about their desert management strategies. Staff here in New Mexico have trained over 300 technicians in Mongolia, who in turn have trained the herdsmen and women to collect data, analyze trends, and make management decisions based on changing conditions. The lessons of a changing landscape learned here in the Jornada desert have now been implemented to explore regions around the world, more questions developed and answered about these unique ecosystems. 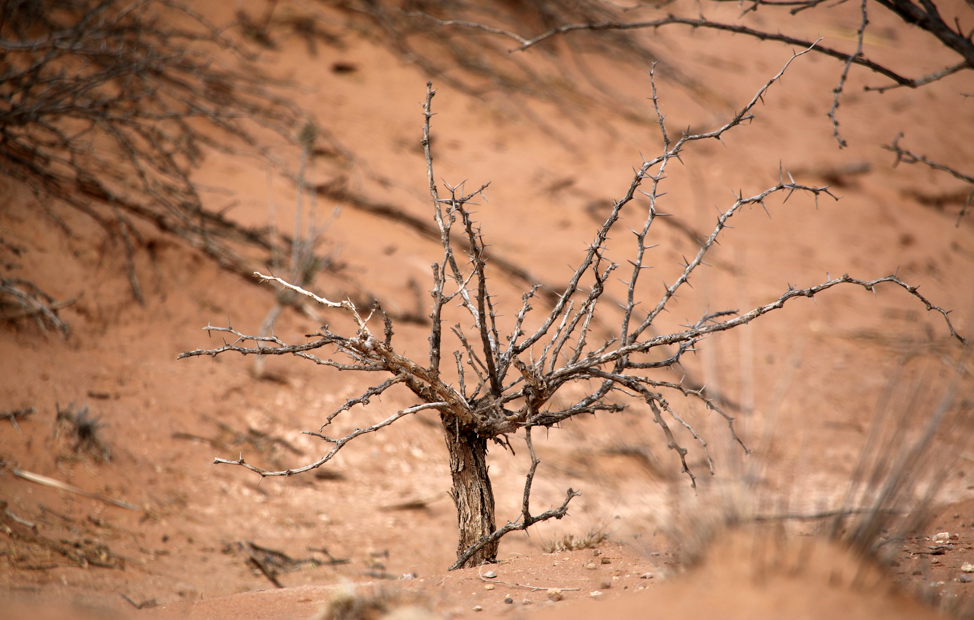