LTER Road Trip: How Tiny Algae Could Predict Changes in the Everglades

Studying Algal Carpets in the Everglades

Viviana Mazzei studies organisms that cannot be seen with the naked eye. When I toured the Florida Coastal Everglades LTER research sites in Everglades National Park, my eyes were drawn to the mangrove trees, the dolphins, the birds. But when Mazzei, a Ph.D. student at Florida International University, wades through these ecosystems, she is on the look-out for something much smaller: diatoms, a type of single-cell algae, that thrive in this aquatic environment. 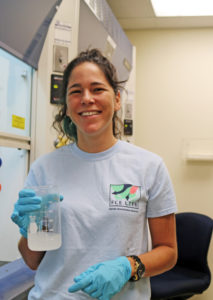 “I’m looking at how community composition and species composition of periphyton – which are beautiful benthic algal mats – change along a natural gradient,” she explains.

Think of the algal mats as living carpets, made up of bacteria, algae (including diatoms), and fungi. They grow on the water’s surface in the Everglades, and are important sources of food for fish and other wildlife. These mats grow in a range of habitats, from freshwater to saltwater and from lower to higher phosphorus concentrations, for example, and the species that compose them vary across these gradients.

Mazzei is specifically interested  in what is called an “ecotone” or transition area—in this case where freshwater and saltwater meet. She collects samples of the diatoms from mats located in these ecotone environments and brings them back to the lab for further study.

When I visited the lab, she was performing a chemical procedure called a “digestion” on samples from the mats. The organic material is broken down, leaving just the cell walls of the diatoms. Once she mounts the cell walls on a microscope, she can identify the individual species.

The question begs to be asked: “Why does she study these tiny creatures?”

How Diatoms Can Predict a Changing Everglades Environment

The Everglades system is on the front lines of climate change impacts such as sea level rise and changes in freshwater supply, and Mazzei wants to predict how these changes will affect the ecosystem.

As the flow of fresh and salt water through the Everglades fluctuates, the ecotones within the national park itself could shift, changing the space where marshes give way to mangroves.By knowing which diatoms are currently growing in fresh and saltwater areas, scientists can monitor changes in species composition, then predict when the mangrove and other vegetation will shift with them. The diatom communities will predict the future!

The health of the ecosystem as a whole may depend on how well species can adapt to these changes. he earlier researchers and managers can predict change, the earlier they can study the effects and hopefully develop ways to maintain ecosystem resilience and ability to adapt to new conditions. 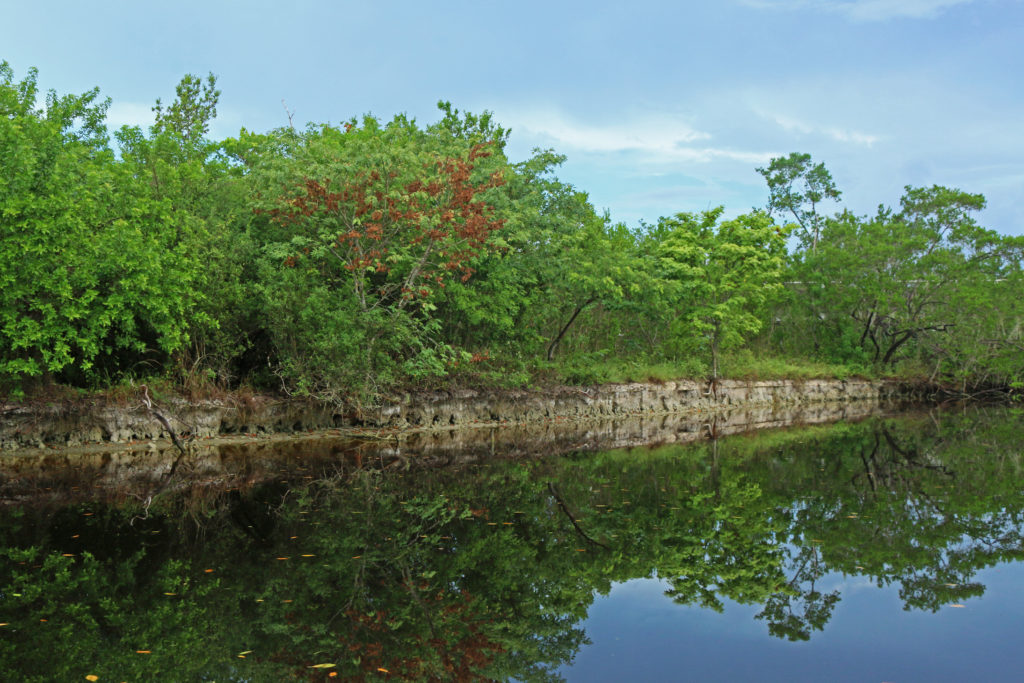