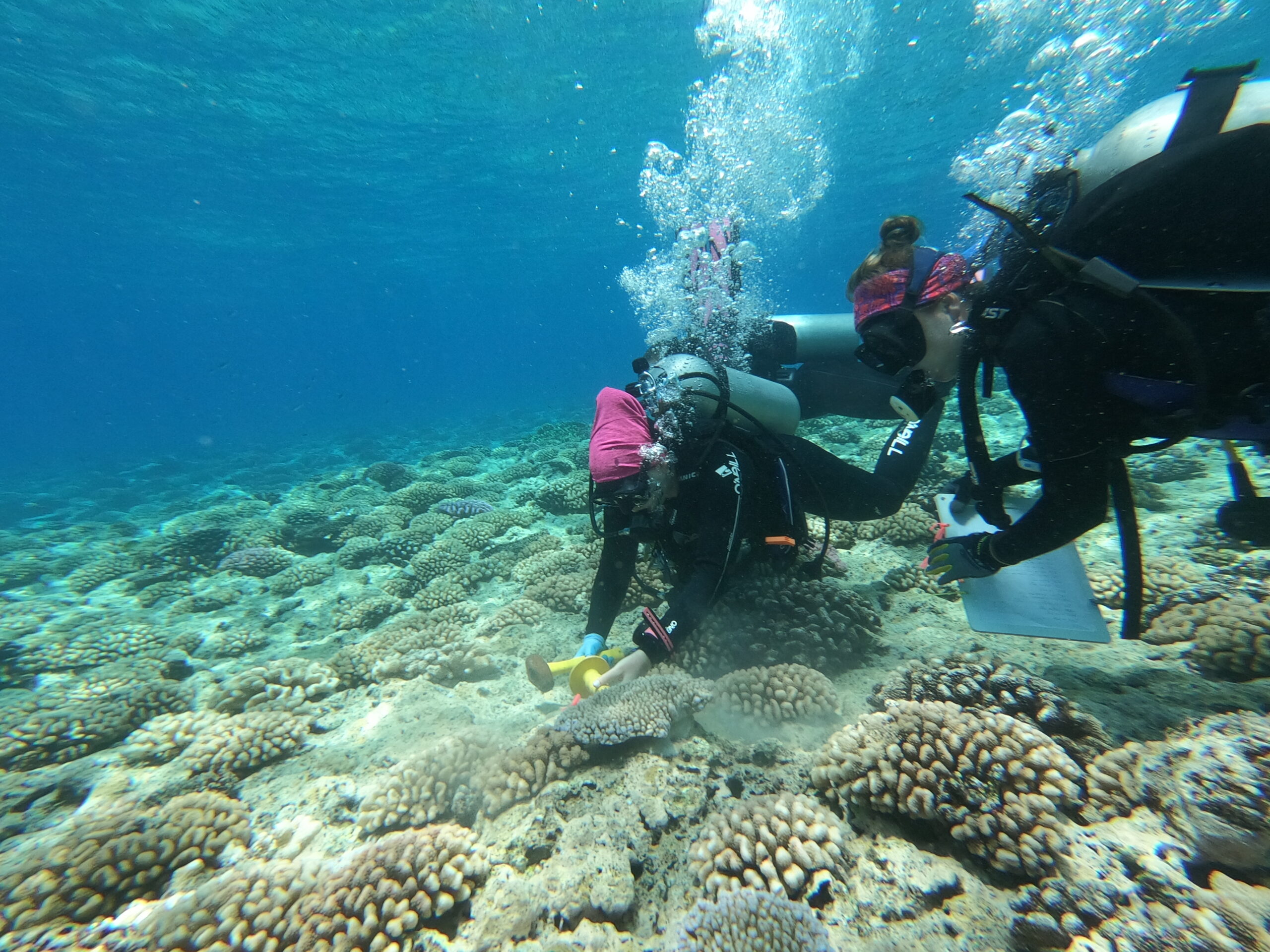 Last September I had the opportunity to participate in a project studying coral bleaching in Mo’orea, French Polynesia. This was the first time I had ever worked in a remote field location. While initially the thought of flying to a place I could not see on a map made me queasy, I am forever grateful for this unforgettable experience and all it taught me. 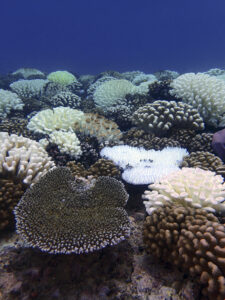 The project, led by Professor Marie Strader at Auburn University, focused on examining how population level patterns of epigenetic marks, such as DNA methylation, shift during and after a bleaching event in the coral species Acropora hyacinthus. For those unfamiliar with epigenetics, they are modifications to DNA that do not change the DNA sequence. DNA methylation, a commonly quantified epigenetic mechanism, is the addition of a methyl group to the DNA molecule. Environmentally induced changes in methylation patterns of the genome can influence gene expression and subsequently phenotype. Therefore, understanding how DNA methylation patterns change in re­­sponse to a bleaching event is important, as it will give us insight on the role of epigenetic mechanisms in response to ecologically relevant environmental stress.

Tackling research questions such as these start in the field requiring a wide range of unconventional skills, from using a hammer and chisel underwater to gently washing tissue off of coral skeletons. It was the opportunity to use these skills that made me most excited about participating on this project. While there are tons of details I can get into, I will briefly try and summarize the field methods used in this project. First, establishing a baseline is important to track changes in these molecular mechanisms over time. Therefore, at the beginning of the bleaching event, divers tagged, photographed, and sampled coral colonies at various Mo’orea Coral Reef (MCR) LTER sites around the island. Colonies were then resurveyed and sampled at four time points over the course of the bleaching event. In total this resulted in countless hours underwater and over 1500 samples collected!

As the time progressed, corals showed remarkable variation in their bleaching response. While many of the corals colonies unfortunately died, many others either recovered from the bleaching event or were resilient. Determining if there are molecular differences, genetic or epigenetic, in these coral colonies will be exciting and can bring us one step closer in determining the role of molecular mechanisms in species resistance to environmental stress.

One of the highlights of working on this project and conducting research at a remote field location is that it allowed me to develop my skills as a field biologist. While its location makes it a place of wonder, this introduced challenges when conducting experiments due to the limited access to equipment and supplies. These limitations meant we had to be resourceful and inventive to execute our experiments. An example being our coral transporter, an essential tool for bringing colonies to and from the boat; it was a dishrack.

The greatest lesson I learned in field biology was the importance of a supportive team and good communication. Having only been diving off the coast of California, I was thrilled to dive in the warm waters of Moorea. However, I was also a bit nervous about this completely new location. It made all the difference being comfortable enough with my team and knowing that I had their support. We understood that our safety was the priority above all research. Additionally, proper communication was also important as it ensured everyone was on the same page allowing experiments to run as smoothly as possible. 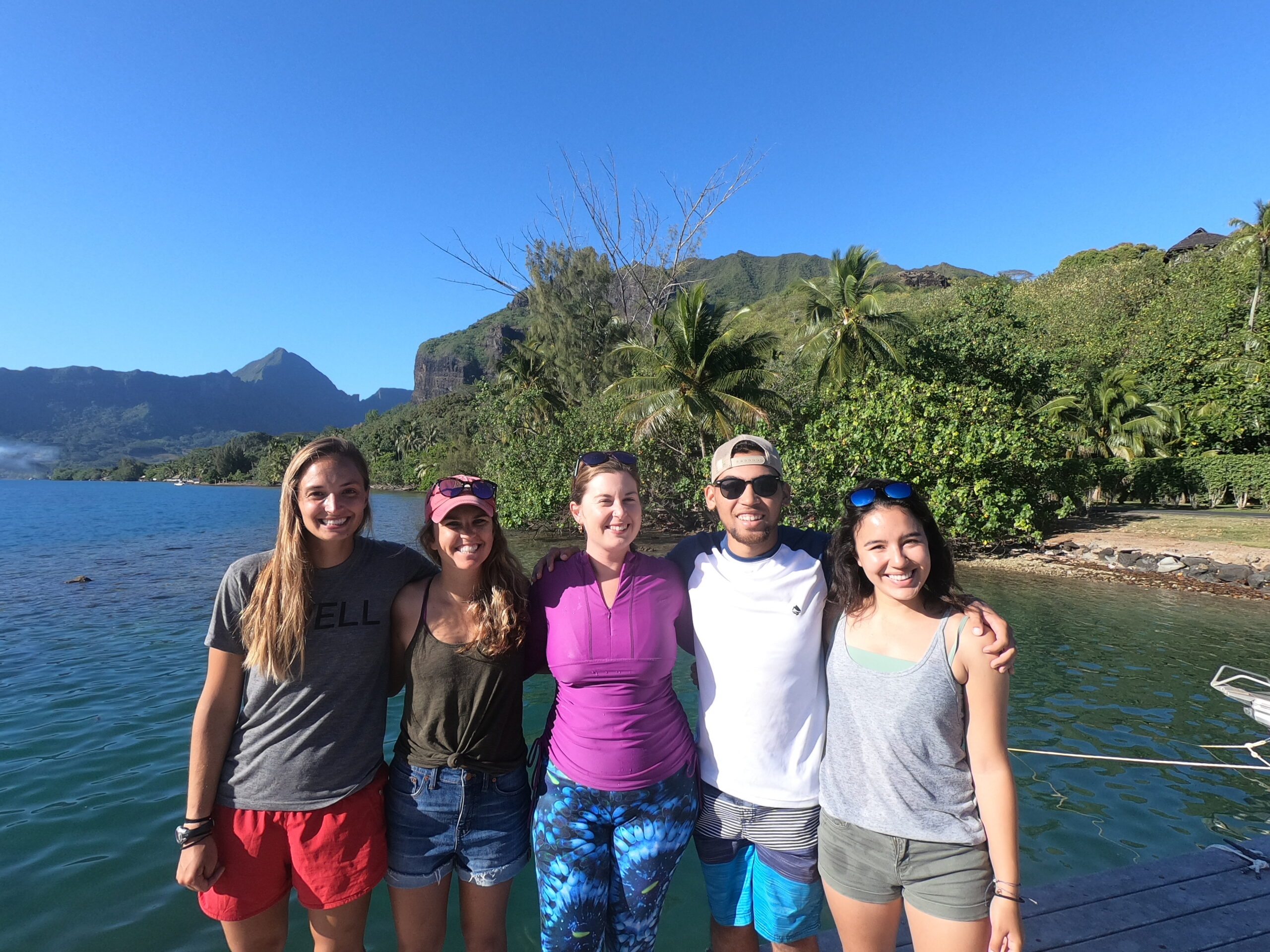 I am thankful to have been given the opportunity to work on this project with such a great team. Apart from conducting significant and inspiring research, waking up to chickens, swimming with humpback whales, and playing with the station dogs became my new normal for a very short but wonderful time. While some days were exhausting going from hours of diving to hours in the lab, I look back at it as one of the greatest experiences in my research career. 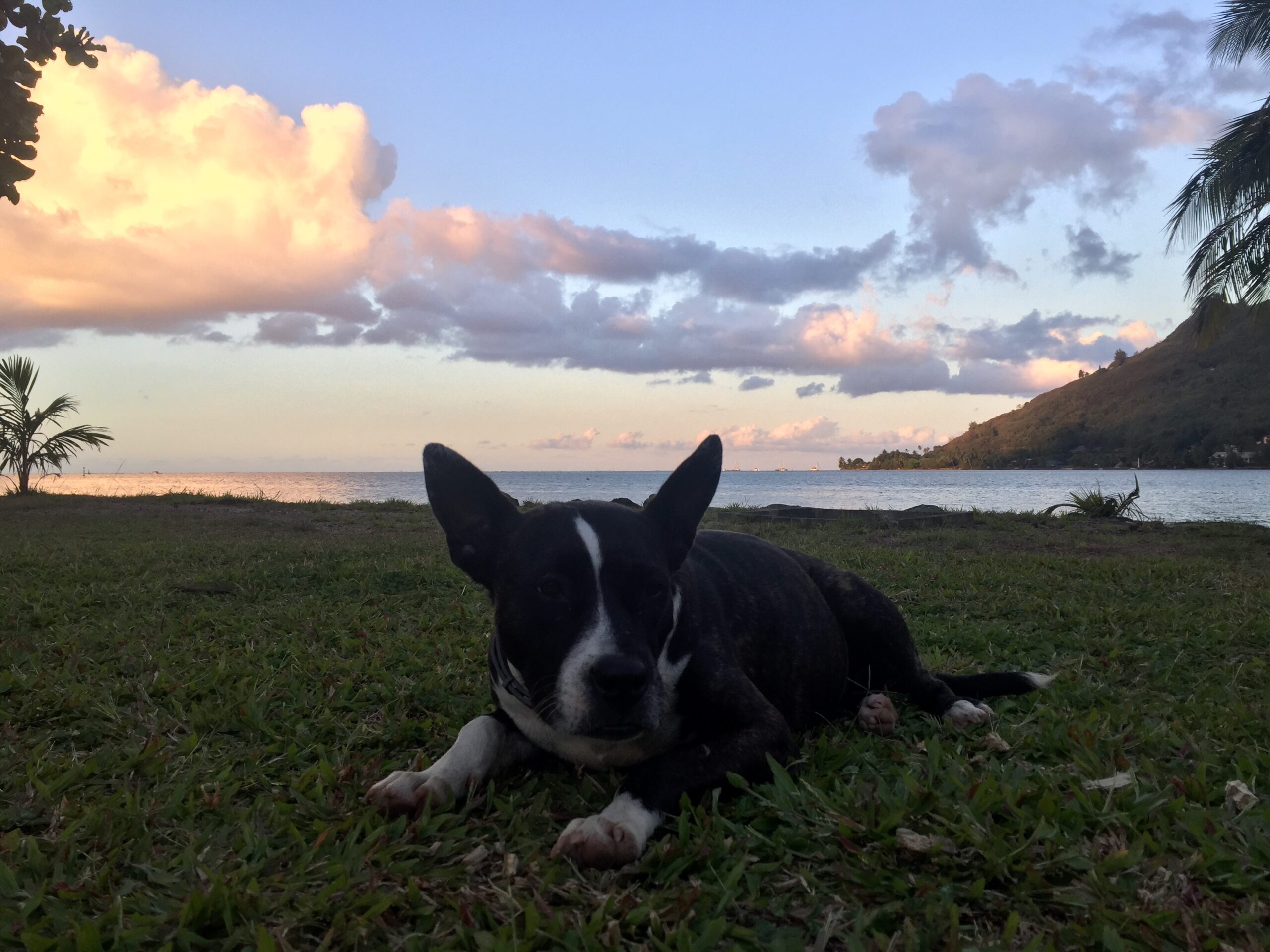 Penny, one of the lovely station pups.
Credit: Jannine Chamorro

Author Biography: Jannine is a PhD student in the Hofmann Lab at the University of California-Santa Barbara. She studies physiological and molecular mechanisms organisms employ to deal with rapid environmental change. While she is associated with the Santa Barbara Coastal LTER, she became involved in the MCR LTER coral bleaching project after working with Dr Marie Strader during her time with the Hofmann Lab.