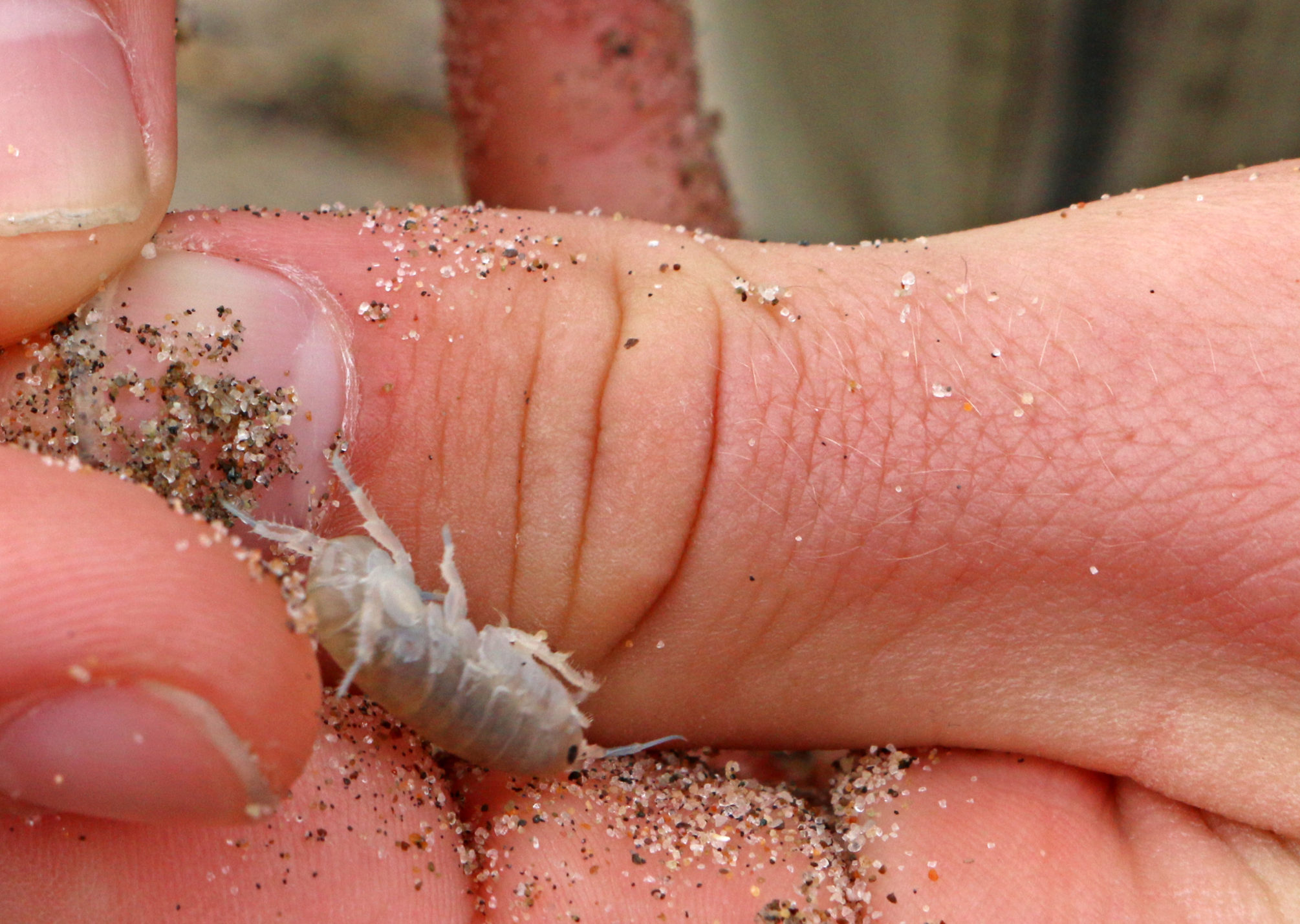 Two undergraduate students bent over shiny metal trays loaded with wrack from the nearby beaches at the Santa Barbara Coastal Long Term Ecological Research site (SBC LTER). Bright lights lit up their tweezers as they sifted through vegetation and detritus, searching for specific creatures: beach hoppers, beetles, flies, and isopods, as well as different species of kelp.

Kelp pieces that come in on the waves are the direct connection between land and sea, and beach hoppers could not exist on the shoreline without this critical input of nutrients and shelter. In turn, many other species of beach-dwellers, including shorebirds, could not survive without the beach hoppers, as they also form an important layer in the food web.

After visiting the lab, I walked on Isla Vista Beach with Nick Schooler and Kyle Emery, PhD students at the University of Santa Barbara. Beach hoppers (also known as sand fleas) are tiny amphipods. They tend to hide during the daylight, but as we crouched down over a pile of kelp, Emery pulled the mass back to reveal a handful of jumping creatures startled by the movement of their shelter: one thing is for sure, it’s very obvious how beach hoppers gained their common name. They moved constantly, making it nearly impossible for Emery to catch one between his fingers.

Because of their importance in the overall beach ecosystem, these hoppers are critical indicators of ecosystem health. “Beach hoppers are abundant and easy to sample on healthy beaches but respond rapidly and dramatically to natural and anthropogenic disturbances (erosion, grooming, sediment fills, off-road vehicles, etc),” Schooler wrote in an email. “These responses are important because beach hoppers are critical to ecosystem function. They provide food for wildlife such as shorebirds and are also are the primary consumers of kelp, so they play an important role in the processing of wrack and recycling of nutrients back into the nearshore ocean.” 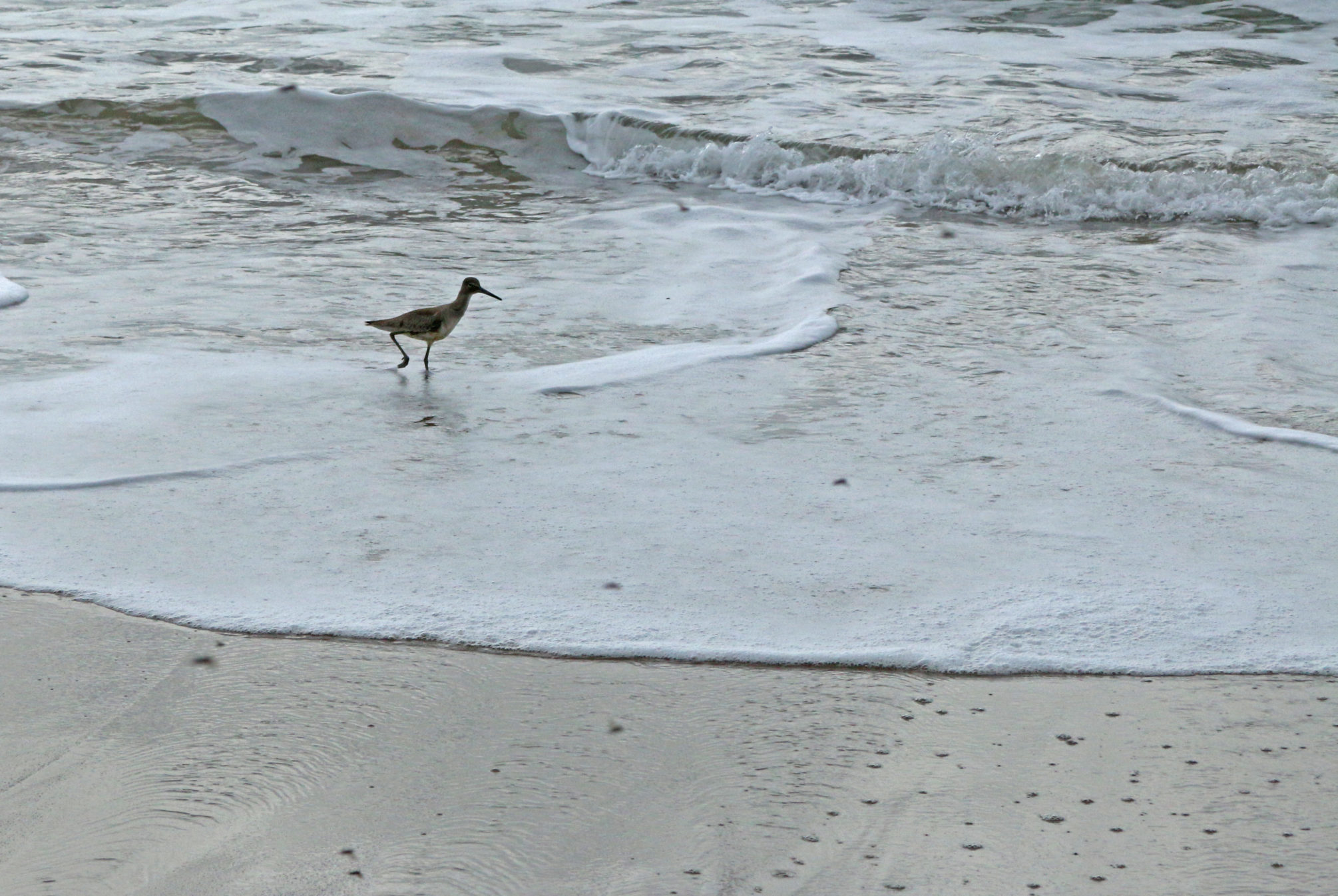 A hungry shorebird searches for tiny crustaceans – including beach hoppers – to pluck from the shoreline.
Credit: E Zambello/LTER-NCO CC BY 4.0

The two students in the lab are an integral component of  the beach hopper monitoring research that began in the 1990’s. “The earliest datasets come from surveys conducted by Jenny Dugan in 1996 and 1999,” Schooler explains. “We began monitoring beaches monthly for kelp and birds in 2008,” he continues, “seasonally sampling beach hoppers in 2011 at all SBC LTER sites.” In 2013, they took their monitoring a step further, recording beach hoppers monthly at the Isla Vista and East Campus Beaches, which are not officially part of the Santa Barbara coastal LTER.

Students record each hopper removed from the wrack, entering the information into a long-term monitoring database that researchers can then use to compare the rise and fall of hoppers with climatic conditions and the rise and fall of other species, such as the aforementioned shorebirds. “We are still in the process of making the links between beach ecosystems, kelp forest dynamics, and wave climate,” says Schooler.

Though tiny, the beach hoppers provide a wealth of information to researchers and scientists here at the SBC LTER, and outreach efforts are underway to teach the public the importance of the kelp wrack and also the many creatures that call it home. 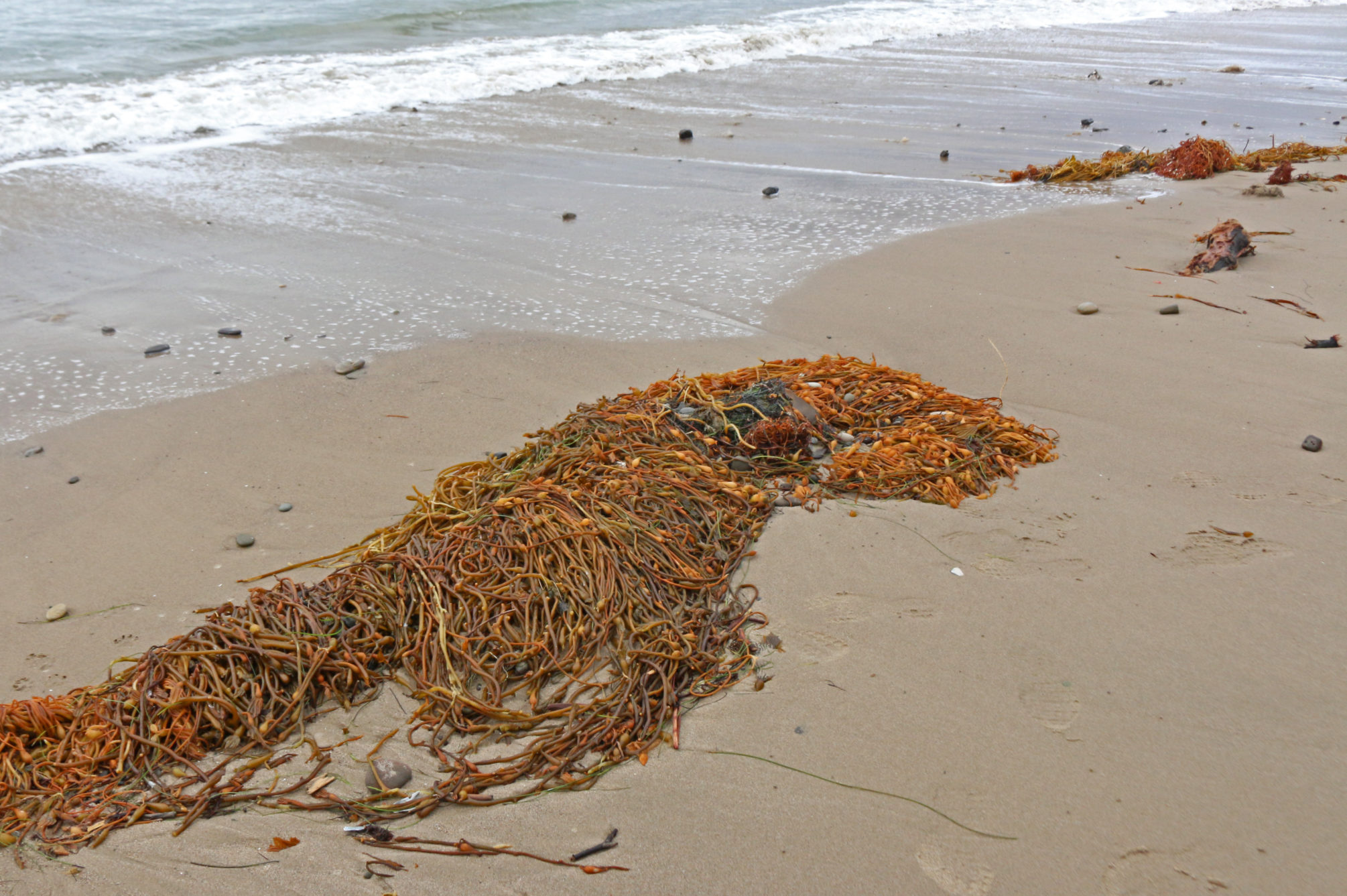 Beach wrack (kelp and other ocean debris washed ashore) is prime habitat for beach hoppers and many other tiny nearshore animals.
Credit: E Zambello/LTER-NCO CC BY 4.0