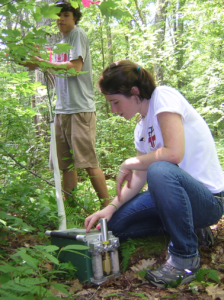 Every summer, NSF funds research opportunities for undergraduate students at many LTER sites across the country. These Research Experiences for Undergraduates (REUs) expose students, often for the first time, to the world of ecological research through meaningful participation in ongoing research projects and tutelage under faculty. For many students, a summer spent participating in an REU marks the beginnings of a career in the natural sciences.

Fiona Jevon can attest to this better than most. Currently a PhD student in Ecology and Evolutionary Biology at Dartmouth College, Jevon participated in the Harvard Forest REU in 2010, and has returned to the Forest this summer as a mentor to the 2018 cohort of REU participants. She reflects on her full-circle experience in the interview below.

What drew you to the Harvard Forest REU as an undergraduate?

I knew that I liked science, but as a freshman at Harvard I felt pretty out of place in most of the introductory science classes. Many of my peers already had their sights set on medical school. I wasn’t sure that was what I wanted—I had taken environmental science in high school and thought I might be more interested in studying nature than medicine. Then, during my spring semester, I took a seminar course that met during weekend trips to the Harvard Forest, 90 minutes west of Boston. We learned about forest ecology by walking through the woods and visiting the research sites. I was completely in awe. Long story short: I spent the rest of my undergraduate career trying to spend as much time there as possible. When I found out there was a summer program there, I knew I wanted to apply. I didn’t even know what an REU was! I really fell into it sideways and backwards.

What about your field research captivated you during your REU?

I worked in the monitoring plots in the footprint of Harvard Forest’s original eddy covariance tower. This project had been going on for longer than I had been alive: it is a monumental effort to quantify and understand the carbon balance of a forest. I was initially drawn to the project because of its clear relevance to climate change: understanding how a forest exchanges CO2 with the atmosphere provides us with critical information about the land carbon sink, and helps us better predict future atmosphere CO2 concentrations. As a student, I loved the feeling of contributing to such a big, collaborative and long-term project that seemed important. As the summer progressed, I gained a lot more confidence and curiosity about the forest we were studying. While the “climate change” angle was what initially attracted me to the project, after a few weeks of field work I started seeing questions everywhere. Ultimately one of the things I learned that summer is that there will never cease to be mysteries to uncover in nature!

How do you think you’ve benefited from the REU program?

I could probably go on forever about how I benefited from the REU program! For the first time I got to see what the daily life of a scientist looked like, and found out that each day seemed to be different for each scientist. I was a young REU—it was the summer following my freshman year—and looking back I realize that I needed (and received!) some hand holding. My mentors, Leland Werden and Bill Munger, were endlessly patient with me, and made sure that in spite of my relative inexperience, I got a chance to work on a piece of the project that was more my own. Getting a taste of independent research definitely solidified my enthusiasm for ecology!

My peers in the program were completely incredible. I was one of the youngest and least experienced REUs during my summer as a student. Whether it was identifying some of the trickier shrubs or taking my first baby steps in R, I could always find another student who was both able and happy to help me. Living and working with such a diverse, smart and dedicated group of students was somehow inspiring, intimidating, and an absolute blast all at the same time.

Ever since the summer I spent there as an REU, the community of people at the Harvard Forest has continued to support me. Again and again, people there have gone out of their way to help me become a scientist. As a senior, I decided to do a thesis out at the Harvard Forest. Bill Munger and Dave Orwig happily supported and mentored me, even though neither of them was my official departmental mentor. When I was eventually applying to graduate programs, I asked people there for advice. I have been receiving that type of unofficial mentorship from people at the forest ever since that summer.

What is it like coming back as a mentor?

So fun! It’s almost as fun the second time around. Mentoring is a whole new way of learning, and it is a great challenge for me. This year I am the only graduate student mentor, so the first week was full of being mistaken for a student (to everyone’s embarrassment but mine!). So once again I get to be the inexperienced one, and learn from the other mentors. I also definitely try to channel the patience and thoughtfulness that I benefited from during my time as a student. I like to think that having been a student in the program makes me a better mentor, but you would have to ask my mentee about that! 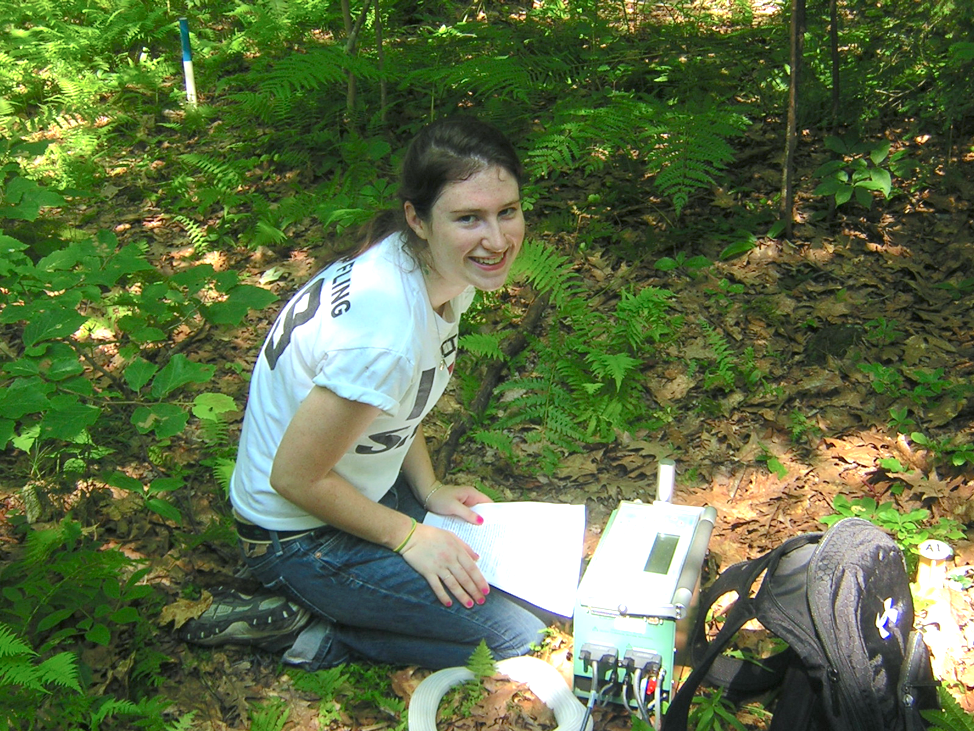 To find out more about the LTER REU program, please visit: https://lternet.edu/education-and-training/undergraduate/