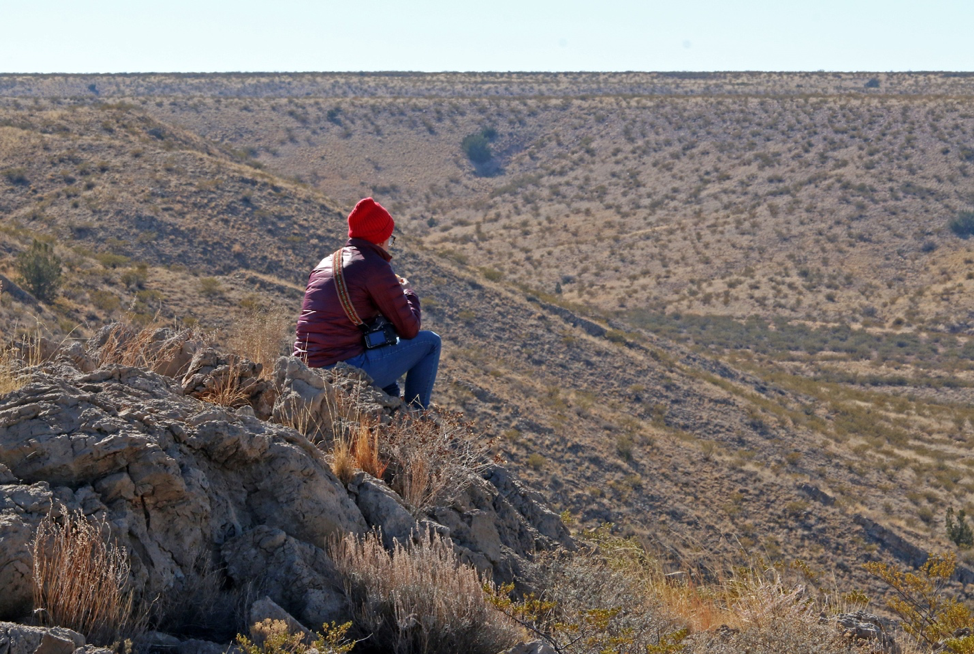 Across the world, shrubs are encroaching on landscapes. In Virginia, they take over coastal islands; in Colorado, they move across mountain tundra. In New Mexico, creosote outcompetes native grasses, drastically changing the drylands ecology in the Sevilleta LTER and Wildlife Refuge.

Surrounded by remaining grasslands and the mountains in the distance, I stood beneath one of the LTER’s MegaMe experimental plots, constructed to test changing precipitation patterns on the migrating creosote. I had imbued an emotional quality to the twisting creosote bushes, and found them much less beautiful than the swaying golden grasses, which hid larks and sparrows and rodents and an abundance of cacti. 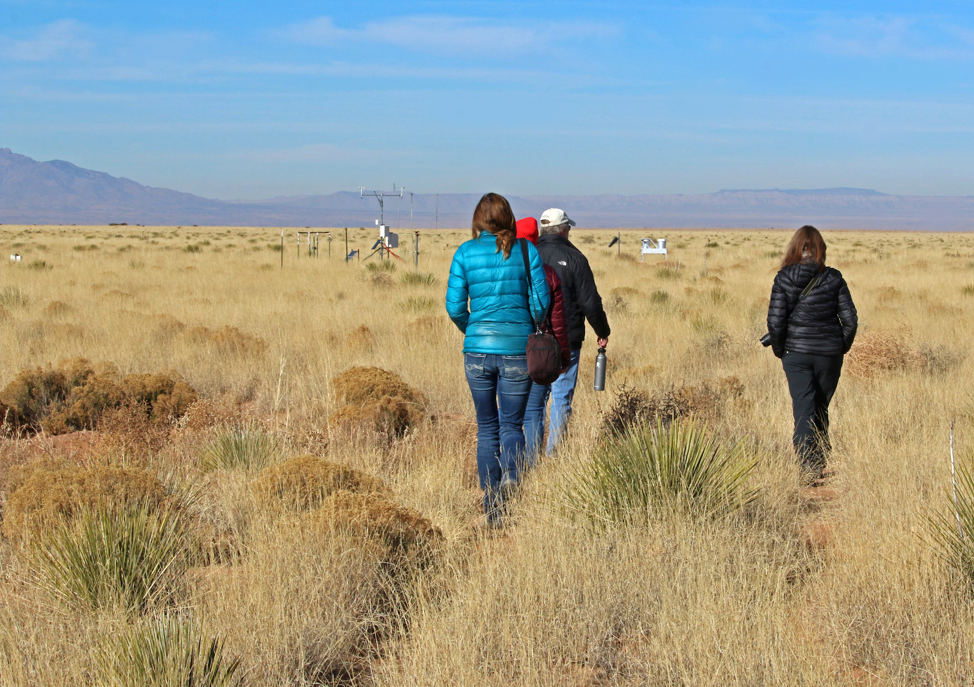 Over ten years earlier, in 2006, a large monsoon formed over the region and dumped an immense amount of water on central New Mexico. A year later, researchers at the site noticed a proliferation of the creosote seedlings – did higher precipitation lead to their abundance?

To find out, they set up the 1×1 meter MegaMe plots both in shrub and grassland areas across the refuge to replicate the precipitation levels of 2006. From a distance, they appear like greenhouses, metal built in arcs across the ground in order to suspend sprinklers. Beneath, plots had been neatly marked with shining metal; giant green tanks used for water storage sit nearby, sticking out in the gold and brown colors of the area. Where bushes dominate the plots, scientists add black grama seedlings to test if this species will return to areas it dominated.

Of course, the plants aren’t alone on the landscape. In the early 20th century, owner General Thomas Campbell grazed cattle and sheep here. Today, pronghorn antelope dart across the dirt road in front of me as I move from MegaMe site to MegaMe site. With their bronze and tan flanks they melt into the horizon, horns appearing quite similar to yucca plants or creosote branches themselves. Both historically and now, the land has been grazed. To simulate grazing and additional precipitation, staff clip certain plots to explore the relationship between the animals and creosote growth. 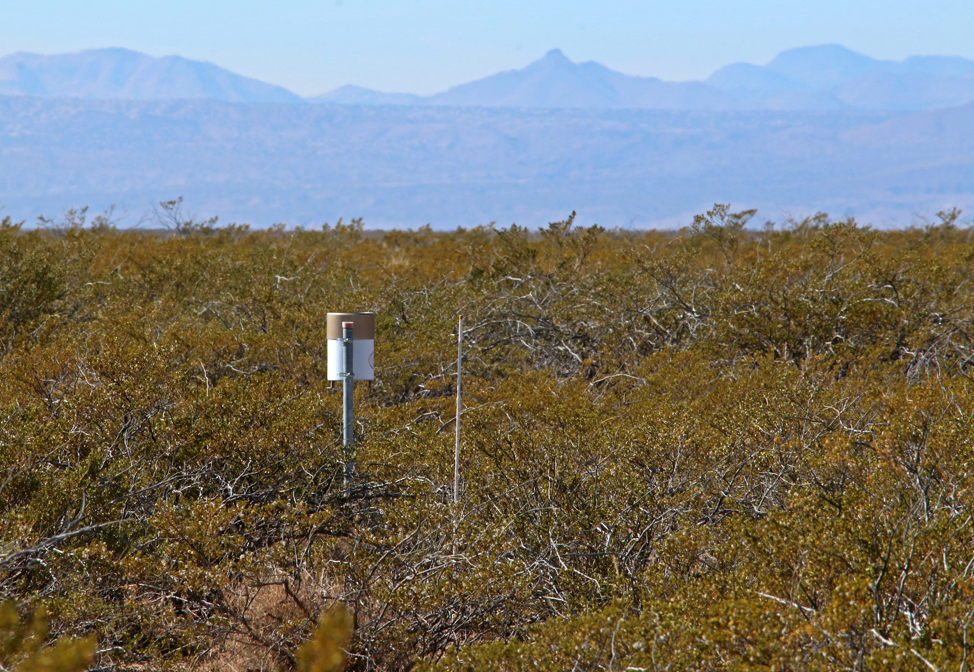 As conditions change and continue to favor the creosote, this already abundant species will reduce grassland habitat for other species while changing the fuel loads on dry regions. However, as the LTER scientists replicate both grazing and changes to black grama seed dispersal, they aren’t giving up on grasses – they continue to research methods to restore the refuge back to its former openness.