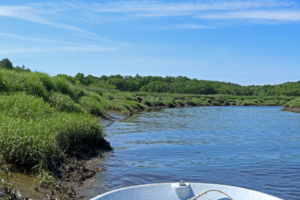 Samuel Kelsey and I sped quickly through the marsh in one of the Plum Island Ecosystems LTER (PIE-LTER) site’s motor boats, zipping up our sweaters against the stiff ocean breezes despite the sunny skies of mid-June. The tide was low, and the brown marsh sides rose like miniature cliffs around us. Here and there, pieces of marsh soil, covered with grass, had fallen down the side in a cascade of mini-avalanches. Kelsey explained this “sloughing off” process happened all the time, and PIE-LTER researchers studied whether the frequency of these events corresponded with increasing climate change.

Diary of a Wetland

PIE-LTER was founded in the 1980s to investigate the effects of human activities on wetlands in Plum Island Sound. Since then, research staff have compiled impressive public databases on water quality, vegetation changes, and more. I decided to visit for myself to see some of the data collection in action.

We slowed down while moving through Rowley, MA, a harbor town with beautiful New England homes dotting the shoreline. As we continued upstream, the tidal creek narrowed, bordered by smooth cordgrass (Spartina alterniflora) and a layer of saltmeadow cordgrass (Spartina pattens) just behind. Patches of cattails grew highest, standing out from the other grass species along the marsh and indicating areas with higher levels of freshwater. 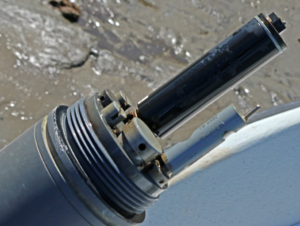 Work at the PIE-LTER is highly dependent on the tides, which move up and down nine feet every six hours. Data collection sites can be inaccessible when water is high, but difficult to reach if the tide is too low. The team has to deal with cold in the winter, mosquitoes and heat in the summer, and the ever-present worry that motors could break down or propellers could suddenly snap.

We stopped at the edge of the river, and Kelsey hopped out with a water quality data sensor to take readings of salinity, temperature, oxygen. Brown water churned around him as he walked slowly across the muddy bottom, silt billowing in the creek channel like clouds of smoke. The data logger is part of a network of such sensors, each taking readings from different parts of the marsh ecosystem.

Water quality parameters like this – measured over time – can indicate ongoing changes. For example, higher nitrogen levels in the creek system can stimulate microbial activity, tiny organisms churning away to eat the dead grasses and organisms in the marsh, which in turn creates higher rates of decomposition. The result? More erosion, including the sloughing we had seen throughout the estuary that morning.

Which Marshes will Survive?

As climate change increases sea levels and temperatures and causes more extreme weather, long-term datasets like the water quality parameters Kelsey was recording become critical tools to compare changing conditions within the Plum Island Sound estuary and marshes across the country. Saltmarshes can build up over time through increased sediment retention and vegetation growth. However, it remains unclear which marshes will be able to keep up with sea level rise, and which ones will sink beneath the water’s surface.

Throughout the estuary, PIE-LTER staff have set up more data loggers to track the marsh levels. Unlike other wetland ecosystems, this marsh backs up directly onto forests or granite, and thus cannot migrate up as sea levels rise. Armed with long-term data, scientists here can inform land managers, elected officials, and citizens what they can do to ensure the health of their beautiful Massachusetts marshes, now and into the future. 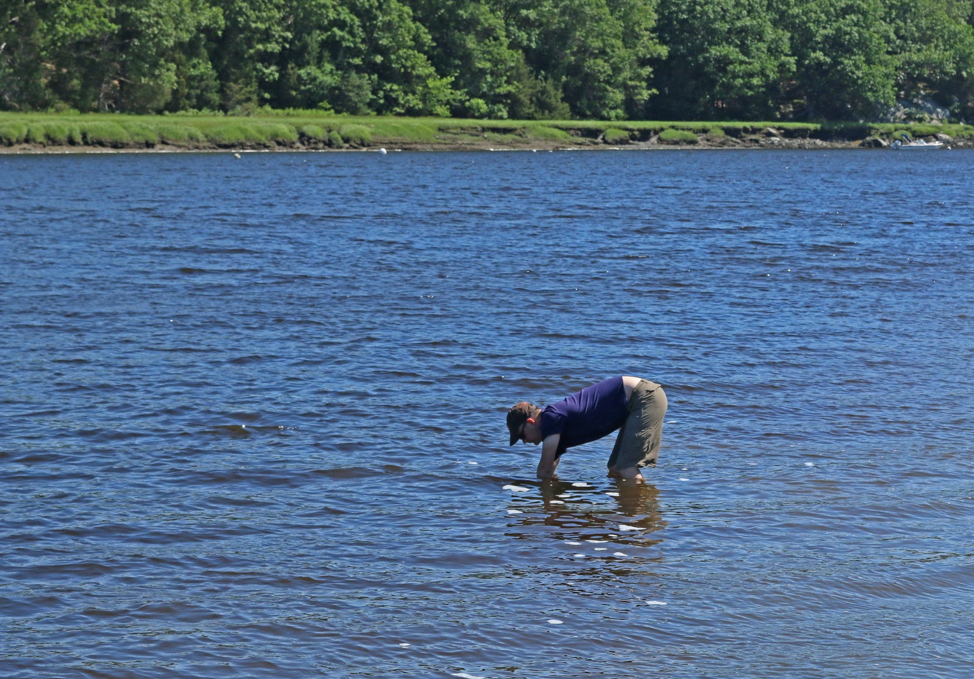