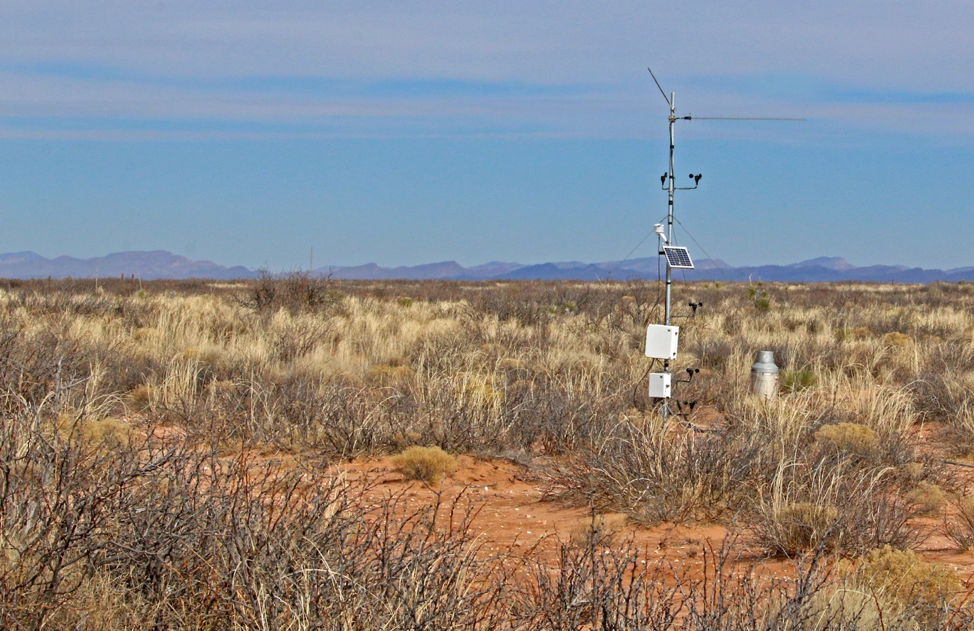 Looking out across the Jornada study site.
Credit: E Zambello/LTER-NCO CC BY 4.0

In the center of the grassland and shrubland of the Jornada LTER, I gaze across short mesh nets, arranged in an X and stretching approximately one foot across in each direction, sitting unobtrusively on the ground between mesquite, bushes, and snakeweed bunches. Spherical cottontail rabbit pellets congregated in the low places, and John Anderson, Research Site Manager at the time, spotted the larger, black-tailed rabbit variety dashing behind the scrub, disappearing into the nooks and crannies beneath the undergrowth. An arching blue sky met the purple silhouettes of the distant mountain ranges, while closer peaks loomed bronze and craggy over our shoulders. Other than a breeze and the echoes of our own voices, Anderson and I heard only silence.

Jornada’s deserts have been sculpted by wind and water. On the lowlands, monsoon rivers create deep divots in the earth, while the wind whips topsoil into the roots of surrounding bushes. Topography and plant communities decide where the soil and water eventually stops. 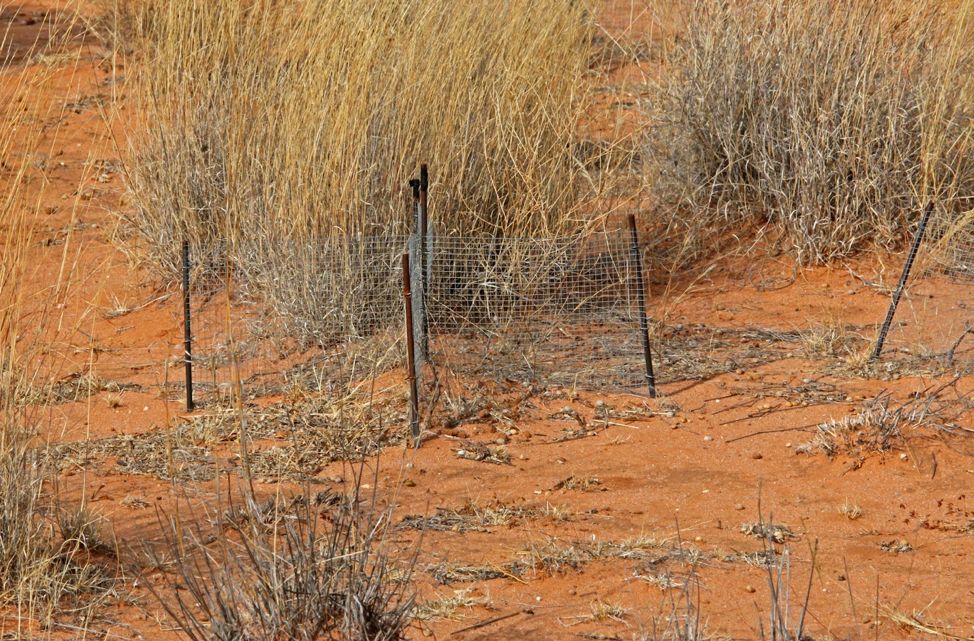 Researchers installed the mesh in 2011 as part of a cross-scale experiment, a long-term effort to research management strategies for acres undergoing conversion from grasslands to shrublands. Anderson and I stood at the edge of a treatment, a multitude of mesh crosses within an area that had previously been bare dirt. Their purpose? To slow down the wind enough to allow grasses to return to the ground between mesquite shrubs.

It was working. Black grama grasses now grow in clumps, some the size of my hand, others reaching the width of my head, in the cross of the mesh. Once the wind had been slowed and grasses began to accumulate in the cruxes, they also gathered just enough extra water for additional grasses to hold on. Previously, mesquite and creosote bushes trapped both water and nutrients in miniature islands, but the simple mesh crosses had reversed the trend.

The Jornada team has a lot more questions. Do the heights of the mesh matter? If water stops at the mesh areas, are other areas starved? Does the mesh work better in mesquite shrubland or creosote shrubland? How does it reduce blowing dust? 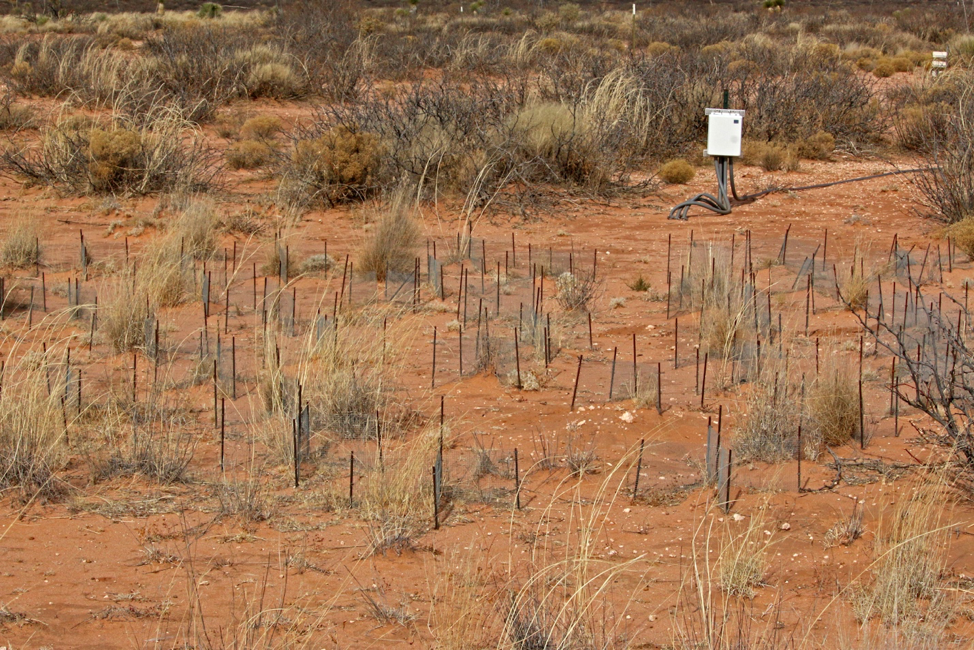 Though the experiment will continue so researchers can monitor the results, other land managers have already implemented ConMods – the slang name for connectivity modifiers, a.k.a. the mesh structures –  on their properties. In Colorado’s Niwot Ridge – another LTER site – researchers use ConMods to trap snow during the winter months to study the effects of snow accumulation. Additionally, within the Colorado Plateau National Park region USGS staff have installed ConMods to restore degraded grasslands.

After running a multi-year pilot study, similar to the one in Jornada, staff at USGS found that native grass establishment was highest when ConMods were combined with seeding and shallow raking.

Based on these positive results, ConMods and other methods are being used to restore grasslands in Canyonlands and Arches National Parks. Back at Jornada, the mesh crosses dotting the landscape will continue to help researchers collect valuable ecological data – and grasses!