The Gulf of Mexico dead zone is predicted to be a near record size in 2019. By the end of summer, the hypoxic region at the mouth of the Mississippi River is expected to occupy over 22,000 square kilometers—an area the size of Massachusetts. The culprit? Nitrogen-based fertilizers applied to crops across the Midwest that find their way into the Mississippi watershed and down to the Gulf. The excess nutrients stimulate algae growth, and the decomposition of this algae on the seafloor leads to widespread hypoxic conditions and poor water quality.

The Gulf of Mexico dead zone, caused by excess nutrient runoff from the extensive Mississippi River watershed, is expected to reach a record large size this year.
Credit: Wikimedia Commons

Although federal soil and water conservation programs encourage farmers to voluntarily adopt nutrient and soil best management practices (BMPs), research shows that the simultaneous use of multiple nutrient BMPs is needed to achieve significant improvements in water quality. These practices include various activities related to nutrient application methods, tillage, the use of decision-aids, crop rotation and use of winter cover crops.

But what determines whether farmers choose to implement BMPs on their land? To explore this question, researchers from Kellogg Biological Station LTER analyzed data from a survey of commercial corn producers in three Midwestern U.S. states—Indiana, Iowa, and Michigan. The team assessed how social, economic and attitudinal variables influence farmers’ current and past adoption of multiple BMPs and the likelihood of introducing new BMPs in the future.

The survey revealed that farmers’ adoption of more BMPs was not tightly coupled with a critique of current agricultural practices regarding the intensity of chemical and fertilizer use. This implies it may be more effective to promote BMPs as agricultural improvements or advances to modern farming practices rather than as “solutions” to agricultural problems or for environmental reasons.

Several other interesting patterns emerged about the relationship between farmers’ individual characteristics and their likelihood of adopting BMPs. The largest factor determining whether farmers had adopted BMPs or intended to in the future was their attitude toward ‘farm stewardship’ (e.g., looking after the environment, passing on the land in good condition, minimizing environmental impacts, and improving the land’s condition). The number of BMPs a farmer used in the past, present, and intended to use in the future increased as their stewardship attitudes did. 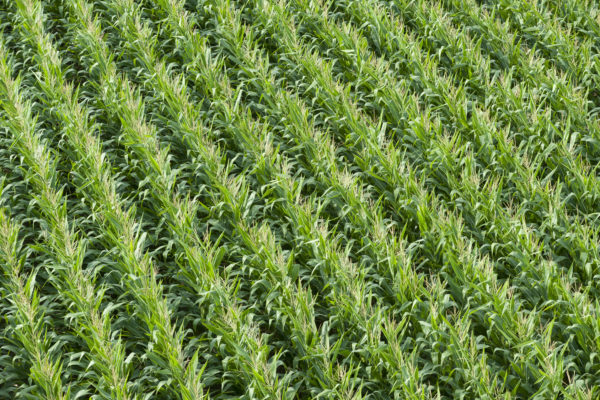 A corn field from above at the KBS LTER site. Extensive croplands throughout the midwest have a huge impact on water quality in the Mississippi River and Gulf of Mexico.
Credit: K.Stepnitz, Michigan State University

The current study provides some important initial insights that could aid policy efforts to reduce agricultural non-point source pollution in the Midwest through the increased adoption of multiple BMPs per farm. The research team hopes that future studies can build on these findings by considering which BMPs are used frequently together and why, as well as what complexities farmers face as they make nutrient management decisions. Ultimately, understanding the ever-changing constraints placed on farmer decision-making stands to improve environmental and farming outcomes.