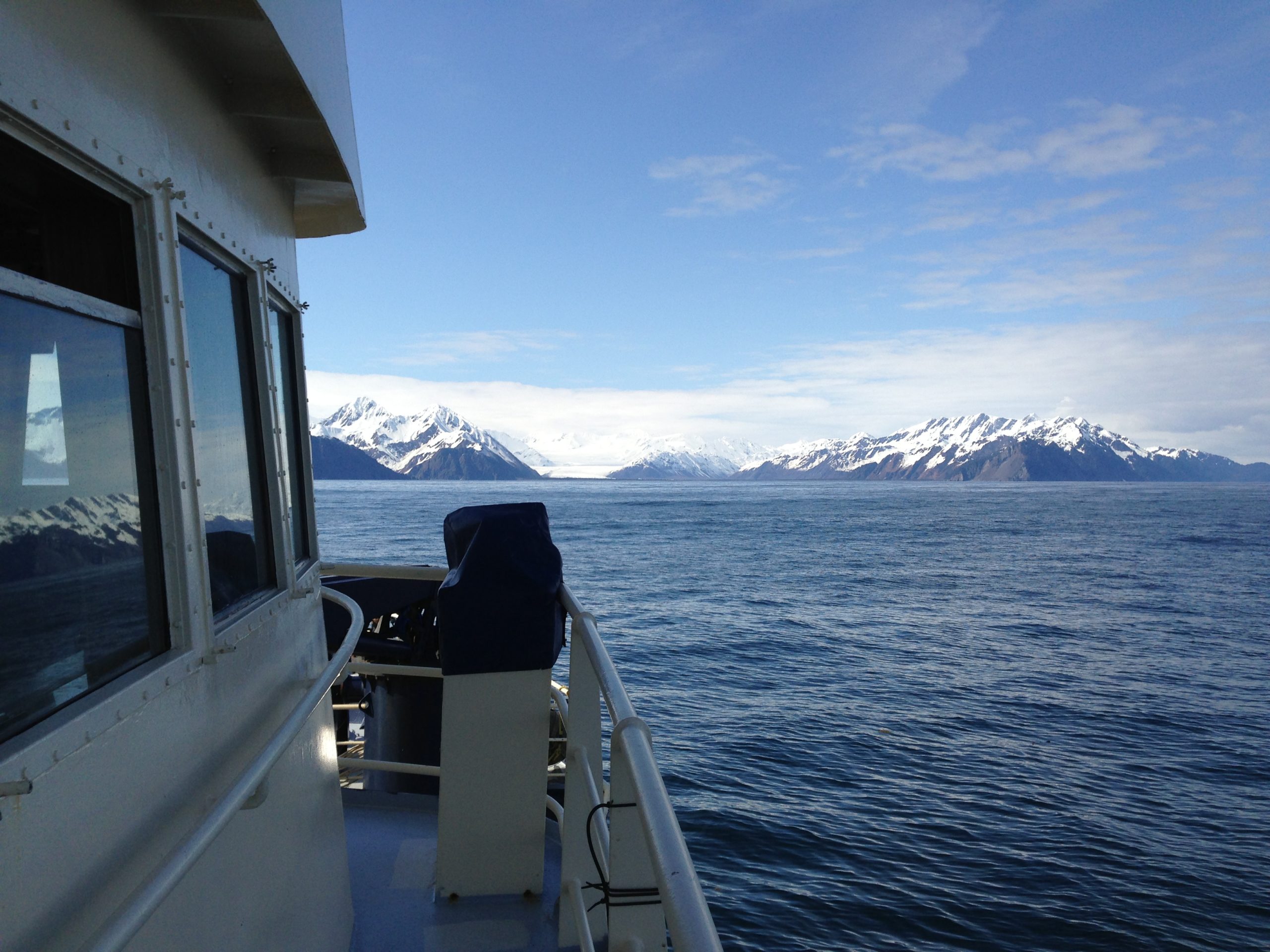 Reductions in primary producer average cell size and biomass followed the 2015-2016 warming, as did corresponding reductions at higher trophic levels. In addition, southern zooplankton species of smaller body size invaded the region and anomalous increases in gelatinous zooplankton population were observed. These changes, which could represent a window into the future of the Northern Gulf of Alaska, were associated with widespread seabird mortality, reduced forage fish abundance, and range shifts or reductions in commercially important groundfish species. The anomalous nature of the warm period was only evident in the context of long term observations establishing the typical subarctic character of this pelagic ecosystem.