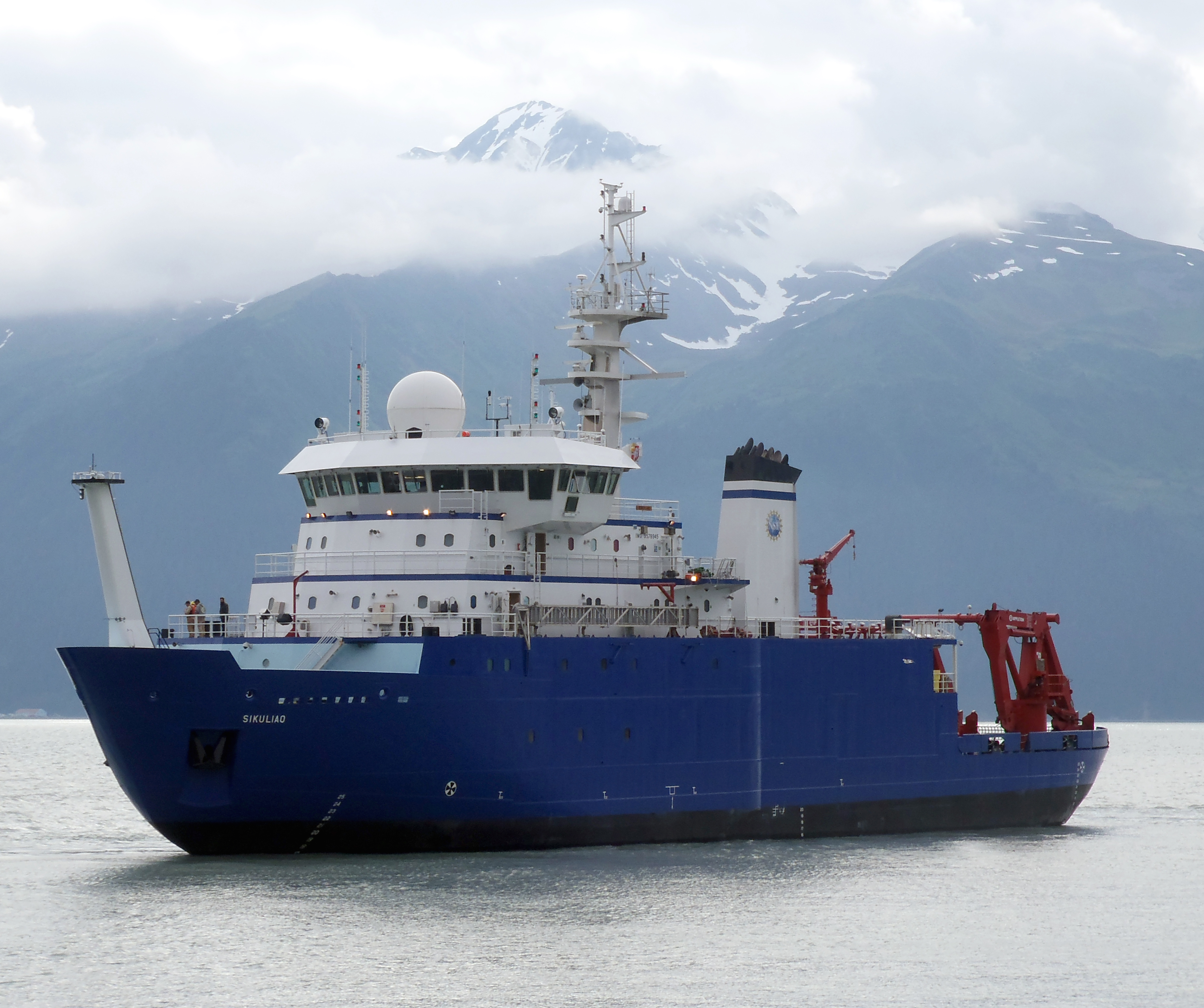 Specific topics of interest include:

The NGA LTER hypotheses focus on how the physical environment influences the ecosystem’s structure, properties, resilience, and responses to variability. These hypotheses center on the characteristics arising from the NGA ecosystem as a whole—in other words, its emergent properties.


In the NGA study area, the biological community is highly productive. The lower levels of the food chain (phytoplankton and zooplankton) support the iconic fish, crabs, seabirds, and marine mammals of Alaska. Large increases in phytoplankton during the spring and sustained production during the summer support zooplankton that transfer energy up the food chain. Substantial amounts of this organic matter also sink to feed animals on the sea bottom.

Our research team investigates the features, mechanisms, and processes that drive NGA ecosystem production and foster its resilience.

The central feature of the subarctic marine biome is strong seasonality of environmental drivers (heat, winds, freshwater input, and light) and salinity-dominated control of the water column stratification. While seasonality lends a quasi-predictable nature to the subarctic production cycle, a hallmark of this environment is marked variability in the timing and frequency of production events, as well as in the spatial expression of these events. Environmental variability over longer time scales also characterizes the subarctic biome, from multi-decadal fluctuations and trends to latitudinal excursions of the subarctic biome in conjunction with glacial retreats and advances. Thus the primary agents of disturbance in the NGA are weather events and progressive climate change.

The deep (200-300 m) continental shelf of the NGA is bounded by steep, snow- and ice-clad coastal mountains inshore and a trench offshore, cross-cut by deep canyons, and linked to numerous complexes of fjords and sounds. Low pressure systems move through the region year-round, but are stronger and more frequent in winter. Associated winds drive the circulation of the Alaska Gyre, while winds plus runoff from the copious precipitation drive the coastally-confined Alaska Coastal Current. These current systems define a series of quasi-persistent cross-shelf habitats for plankton.

Other mesoscale features important for planktonic production and distribution include river plumes, mesoscale eddies, and mixing zones (canyons, banks) associated with the large semi-diurnal tides. Regulation of primary production in the NGA is complex. Important roles are played by macronutrients (nitrogen, silicic acid), light, and grazing. Production in the outer portion of the study region can be strongly limited by iron, a micronutrient whose availability dictates the ecosystem structure of the offshore (oceanic) Gulf of Alaska.

Periods and locations of high primary production are generally associated with communities of chain diatoms, while nanoflagellates and picocyanobacteria are prevalent in most of the NGA in summer and fall. The fate of NGA primary production is poorly constrained, especially with respect to detrital pathways. Prior research indicates that grazing removal of primary production is primarily by protists (‘microzooplankton’), while larger zooplankton are key in transferring energy and biomass from the microbial to the vertebrate communities.

Large, lipid-rich copepods of the genus Neocalanus dominate the spring zooplankton biomass, and are important prey for higher trophic levels. Their long life cycle, with an over-wintering resting period coupled to early spring reproduction, couples production across years and may buffer the system against environmental variability.

In the northern Gulf of Alaska, multidisciplinary researchers have performed oceanographic observations at established station locations for more than 45 years. Most observations have been made offshore of Resurrection Bay, a fjord that connects Seward, Alaska, to the North Pacific Ocean. The Seward Line observations stretch from the inner shelf (GAK1) into oceanic waters well past the continental shelf break. These observations have been critical in defining the oceanic current systems that characterize the NGA and biological regimes that span the coast-to-offshore habitats. Read More
Read Less 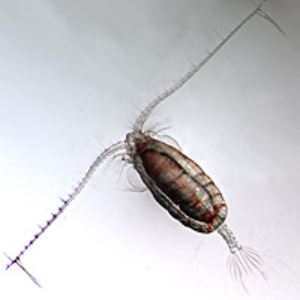 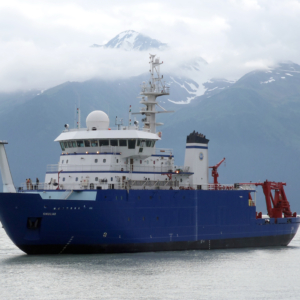 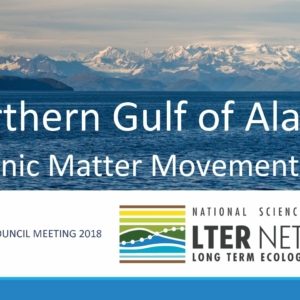 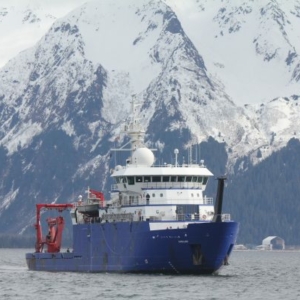 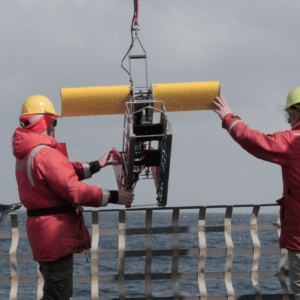 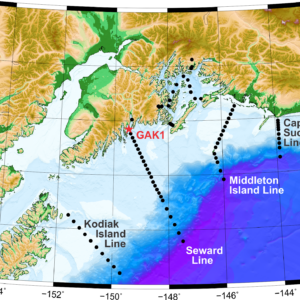 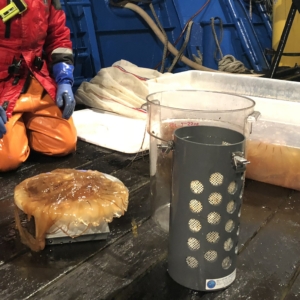 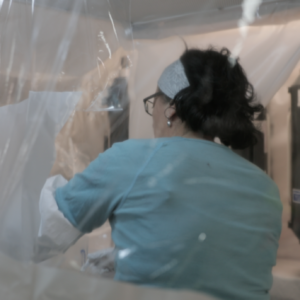 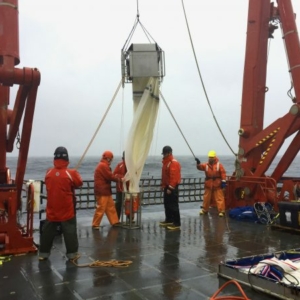 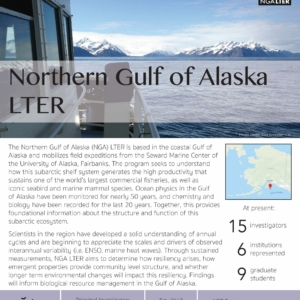 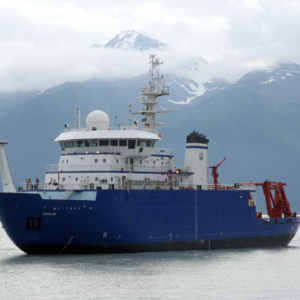 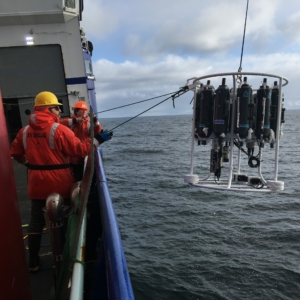 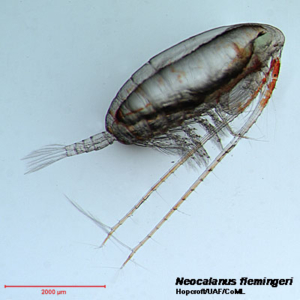 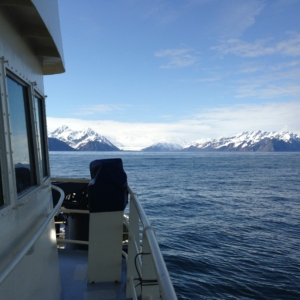 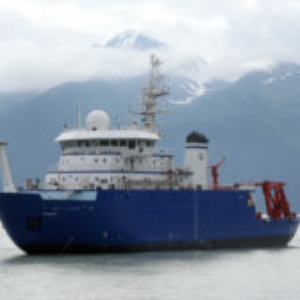 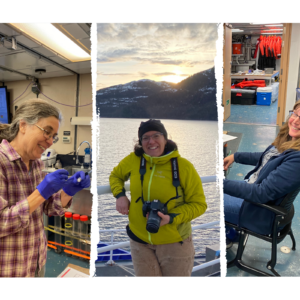 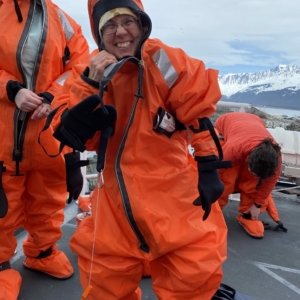 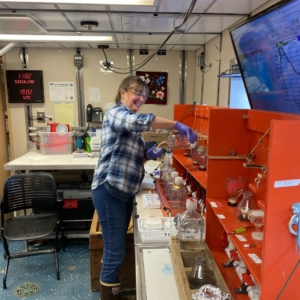 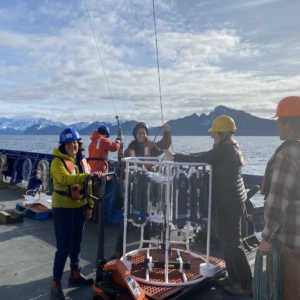 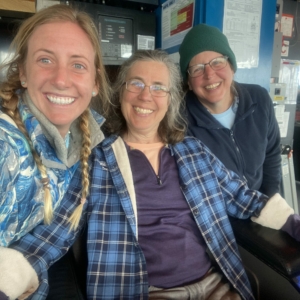 Ocean research in the time of COVID-19

‘It will not be easy.’ As labs begin to reopen, enormous challenges remain

Sikuliaq to embark on limited research cruise in May