One Night in the Everglades

Home » Schoolyard Book Series » One Night in the Everglades 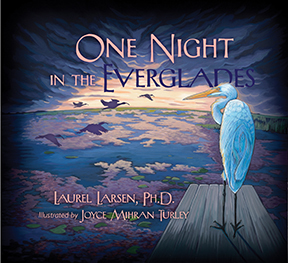 Follow two scientists as they spend a night in the Everglades collecting water samples, photographing wildlife, and sloshing through marshes in an attempt to understand this mysterious ecosystem. Part of a long-term effort to return the Everglades to a natural state after a century of development, the scientists try to figure out what the “river of grass” was like prior to human settlement. Along the way, they deal with razor-sharp sawgrass and alligators and turtles and are even surprised by the sudden presence of what is known in the Everglades as a “frog gigger”—one who hunts and collects frogs for food!

LTER Road Trip: Science and Education on the Water