Relying on a 114 year-long data set, researchers from the Sevilleta LTER have developed a more accurate way to model climate sensitivity functions that describe the relationship between ecological variability and plant productivity, rather than focusing on linear relationships between ecosystem response and average climate trends, as is more typical. 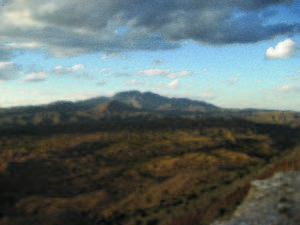 While variances in factors such as species composition or seasonal climate can have a slight impact on net primary production (NPP), ecosystem productivity up until recently has been in relative equilibrium. However, studies indicate that global climate change is altering the relationships between NPP and environmental factors such as precipitation and temperature. Due to increasingly unpredictable effects of climate change, it has become harder for scientists to effectively gauge the best remediation or conservation methods—which is why the new approach introduced by LTER researchers is important for the future of ecological modeling.

The paper’s authors looked at data from 1900-2014 at the intersection of three ecosystems in southwestern U.S.: the Sevilleta National Wildlife Refuge, Great Plains grassland, and Chihuahuan Desert vegetation. After analyzing several variables including air/soil temperature, humidity, precipitation, and solar radiation, the team created a climate sensitivity model that took into account nonlinear relationships. With this new method, they achieved a function that was better able to capture the complex effect of climate on NPP.

This paper not only presents a new method in ecological modeling, but also outlines the importance of accounting for intricacies in ecosystem response, particularly at ecotones where ecological variables may differ from surrounding habitat. Climate change is increasingly altering global systems that once appeared stable. The research being conducted at Sevilleta LTER is an innovative step forward in the study of nonlinear relationships between climate factors and plant productivity.