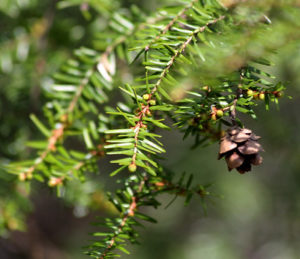 Species that are abundant often go ignored by conservation planning until an acute threat to their populations emerge – and by then, sometimes it’s too late. According to a new article in the journal Ecosphere, common species are often critically important as structural, dominant, or foundation species in ecological communities, but don’t always get the attention they deserve.

A group of ecologists that participated in the Foundation Species Working Group, organized at the 2012 Long‐Term Ecological Research‐All Scientists’ Meeting, published the paper. In it, they propose a framework to improve the recognition of foundation species and to provide guidance for prioritizing research and conservation tailored to the threats experienced by foundation species.

What exactly are foundation species, and why do they deserve more attention? Consistent definitions for foundation species are lacking in the ecological literature, and their misidentification or lack of recognition can be detrimental to conservation efforts. However, lead author Allyson Degrassi and her co-authors explain that foundation species are usually common, and often are primary producers. They define the structure of an ecological community, control biodiversity, and stabilize core ecosystem processes. Foundation species differ from other important types of species, such as keystone or dominant species, in that they influence more than biodiversity, and have a greater effect on ecosystem processes than their abundance would suggest.

To illustrate the value of their framework, the authors use a cautionary tale of two foundation species – Tsuga canadensis (eastern hemlock) and Pinus albicaulis (whitebark pine) – both of which are widespread, common tree species that are now rapidly dwindling as the result of nonnative species introductions. The decline of both T. canadensis and P. albicaulis is leading to functional loss of regional ecosystems and troubling changes in the diversity of their associated species. The ecological importance of these two species and consequences of their decline were not well understood when threats to them were ﬁrst detected. The continuing losses of these foundation species represent a failure of the current system to identify and assign them conservation priority.

Regional extinction of foundation species will cause disruptive shifts in biodiversity and ecosystem services. The foundation species conceptual framework could assist in forecasting some of these effects and encourage timely conservation strategies to assuage them. Using the framework’s suggested approach provides a cost-effective, proactive set of guidelines to identify foundation species before they’re gone – and before their loss causes irreversible effects to the surrounding ecosystem.