For the National Wind Erosion Research Network, the Answers Are Blowin’ In the Wind

Woody Guthrie, John Steinbeck, and Dorothea Lange all documented the devastation of the Dust Bowl in works that remain resonant with Americans nearly a century later. Via song, prose, and photograph, these artists revealed the devastation wind erosion can wreck on a landscape and the people who rely on it. Yet those crackly recordings and black-and-white photographs also allow most of us to relegate that era—and the ecological processes that caused it—to the past. 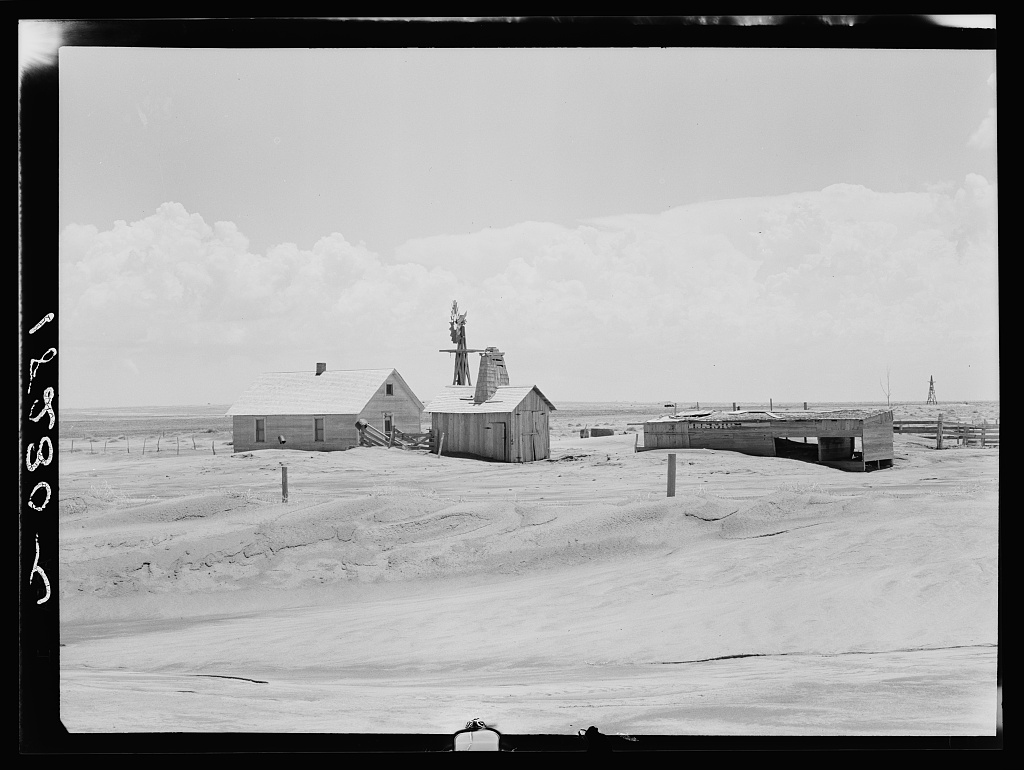 Abandoned farm of the western Panhandle, Cimmaron County, Oklahoma, 1936. In 1936, drought conditions in the Great Plains became so severe that it was necessary for the federal government to take steps to rescure dying cattle, relieve destitute families, and safeguard human lives.
Credit: Dorothea Lange, Library of Congress.

Recently, they scored a victory: in 2014, the Agricultural Research Service (ARS), Natural Resources Conservation Service (NRCS), Bureau of Land Management (BLM), US Geological Survey (USGS), Department of Defense (DoD), and The Nature Conservancy (TNC) partnered to establish the National Wind Erosion Research Network. These sites now collect the data scientists need to predict when and where lands are vulnerable to wind erosion and ultimately, what kinds of management could mitigate that vulnerability. 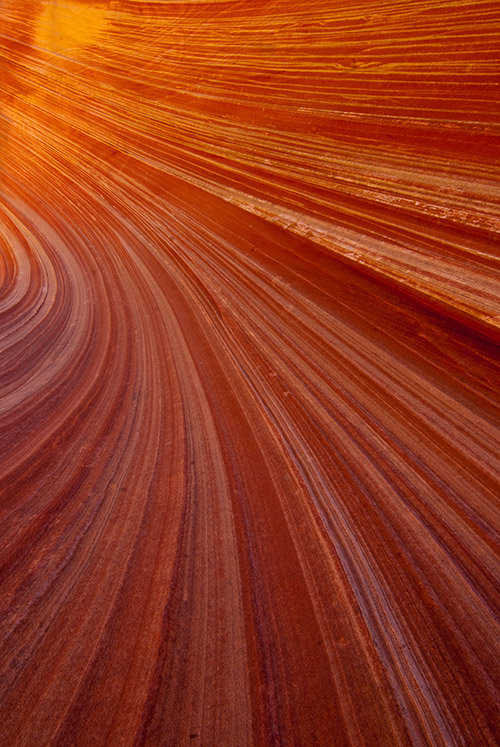 The Wave, a sandstone rock formation on the Arizon/Utah border in the Paria Canyon-Vermillion Cliffs Wilderness. Erosion by wind and rain created the
striations in the Jurassic-age Navajo Sandstone.
Credit: thaths,
Flickr (CC BY-NC 2.0)

Wind erosion has bedeviled land managers for decades, particularly in the western states, and changes in land use and climate are expected to accelerate these problems. Nicholas Webb, a physical scientist specializing in wind erosion with the ARS at the Jornada Experimental Range and the network’s principal investigator, enumerated just a few of the changes researchers want to explore: “Abandonment of croplands, changes in water availability due to climate change– both are expected to result in soil and nutrient loss. Where will the dust go? How might that impact snowmelt and hydrology? What about air quality and human health?” With the newly established network, it may be possible to get some of these answers.

The Network’s mission is to provide tools and research that will inform land management policies on croplands and rangelands alike. Webb explains that he and his team at Jornada, which serves as the central hub of the network, must first build a predictive model of wind erosion. He looks forward to robust collaborations between land management agencies—who know best what kind of information they need from a model—and the research communities who will be gathering and analyzing the data.

Past efforts to build wind erosion models have confronted a paucity of standardized data, making generalization across landscapes and regions difficult. The National Wind Erosion Research Network will collect data from a variety of ecosystem types under a range of management regimes, using a common set of methods. This wealth of data will allow the team both to build new models and also to test them, establishing the level of uncertainty users can expect.

A Network at its Inception 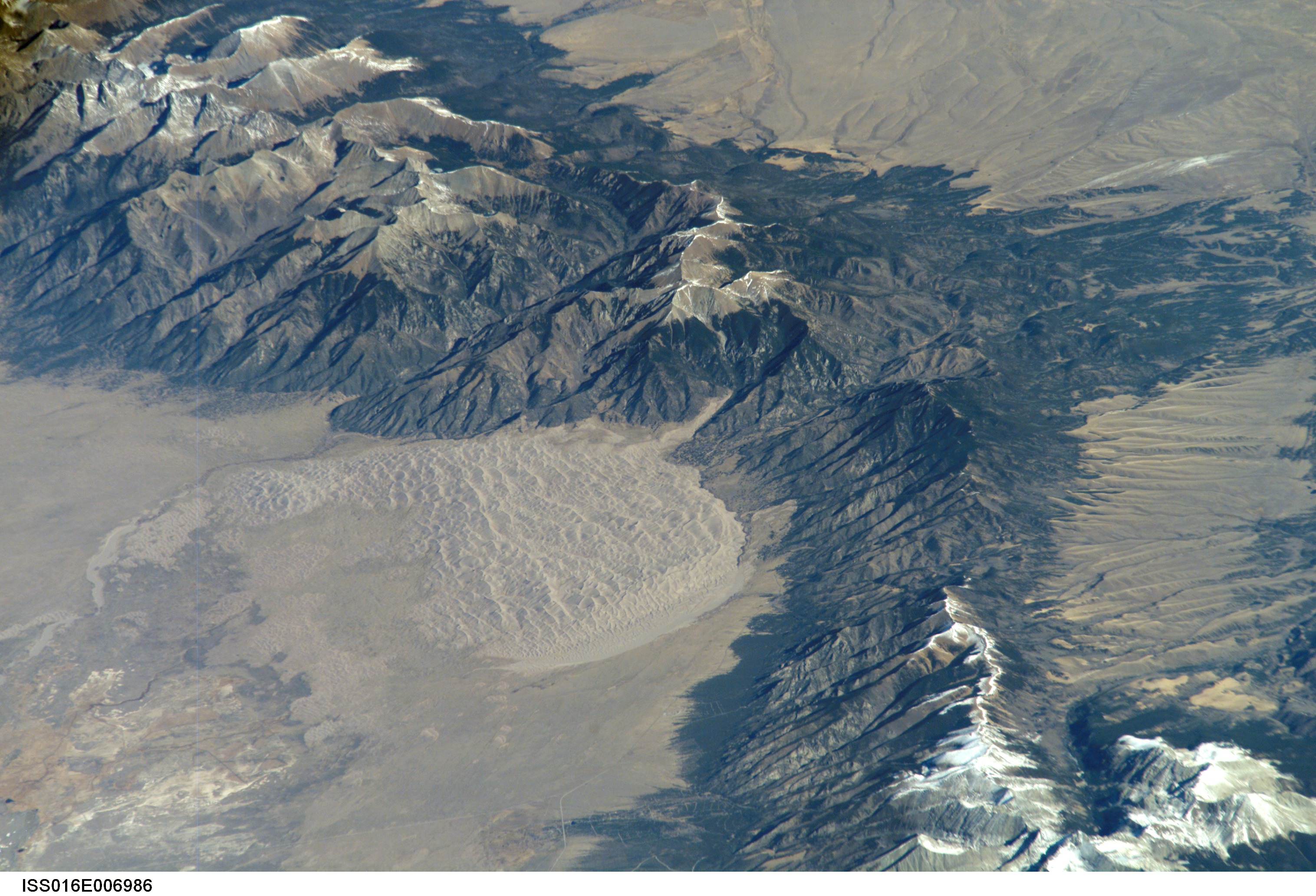 The data will be collected at nine Wind Erosion Network sites, co-located at either Long-Term Agroecosystem Research (LTAR) Network sites or BLM locations. Four additional sites are in the planning stages. These sites are outfitted with new, standardized equipment for data collection on aeolian sediment transport processes. Measurements are taken on where and when wind erosion and dust emission occur, the amount of sediment transported by wind, and the effects of biophysical controls and land management practices on the processes. For additional information on soil and vegetation, the Network has deliberately selected the same data collection methods used by the BLM and NRCS for monitoring the condition of public and private lands, so that models built using the Network data can be directly integrated into these existing monitoring programs.

While the data generated by the network will be collected and used centrally by the Jornada team in model development, Webb envisions each site pursuing its own research objectives and adding additional measurement systems as needed. He is eager to expand the network to capture ever more land covers and uses — and considers LTER sites as ideal future partners, explaining that both networks have an interest in better understanding these phenomena: “Aeolian processes have strong interactions with many ecological and biogeochemical processes of interest to LTER sites. The wind erosion network measurements would likely complement well existing LTER projects.”

For more information, check out the National Wind Erosion Research Network page and their recent article in Aeolian Research.