Remembering a scientist, mentor, and friend 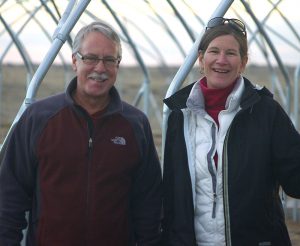 Henry Gholz’s passing is a tragic loss for ecology. Henry was a prominent ecosystem scientist who also had a stellar career in research administration and leadership. As a National Science Foundation (NSF) Program Director in Ecosystems Studies, he helped to shape ecological science in lasting ways. His visionary and outstanding guidance of interdisciplinary teams in NSF’s Long Term Ecological Research (LTER) program became an international model for ecological research. His oversight of NCEAS, the National Center for Ecological Analysis and Synthesis, allowed ecological research to flourish in new ways, helping to make NCEAS an exemplar for ecological synthesis all over the world.

Henry was a big picture thinker, championing research on scaling—comparing and contrasting ecosystem processes across multiple temporal and spatial scales—and loved to promote analyses of large complex data sets to reveal responses to climate change and other large-scale disturbances. This led more recently to his championing NSF’s Macrosystems Biology program that addresses how Earth’s biosphere responds to natural and human-caused change across time and space in ways that have not been explored before. Henry retired from NSF in 2016, and at the time of his death was working with NEON, the National Ecological Observatory Network, to forge a plan for stronger community engagement to help NEON reach its full scientific potential.

Henry was generous in all he did. This was especially apparent in his promotion of science. He was generous with his ideas and his time, especially with young investigators and students looking to forge a career in ecosystem science. He considered his support of SEEDS, the Ecological Society of America’s flagship program to involve underrepresented students in ecology, a crowning achievement. Through Henry, SEEDS developed deep-rooted connections with the LTER program and biological field stations throughout North America, providing internships and field trip opportunities that inspired cohorts of budding ecologists.

Prior to his tenure at NSF, Henry was Professor of Forest Resources and Conservation at the University of Florida. With graduate students and colleagues he made significant contributions to our understanding of carbon, energy, water, and nutrient cycling in both managed and natural forests, particularly those of the southeastern U.S. and the American tropics. He lent his time to many committees and boards, and worked to advance science at USAID as an AAAS fellow, at USDA as a program manager, as a Science Adviser to the Powell Center, and as a longstanding member of the National Research Council Board on Agriculture and Natural Resources. Henry received his Ph.D. in Forest Science from Oregon State University where he was awarded the Outstanding Alumnus Award this year.  His deep ecological insights will continue through his colleagues and those that he inspired along the way.

Henry was a good friend to so many people. Outside his professional life, his fondness for the outdoors and rock n’ roll were well known. Henry’s and his wife Jan Engert’s home was often thrown open for parties, celebrations, and family plus friend gatherings. His quick smile, warm greetings, easy laugh, and upbeat conversations over beers will be sorely missed by all of us so-privileged.

Donations can be made in Henry’s name to:

An ESA SEEDS program in his honor: http://esa.org/seeds/donate/
or the American Alpine Club (https://membership.americanalpineclub.org/donations).

Cards and notes can be sent to:

A Celebration Service will be held in Fort Collins

An East Coast service will be held in Gainesville, FL, organized by Rita Teutonico, rteutoni@fiu.edu.  Local questions can be directed to Tim Martin, tamartin@ufl.edu.