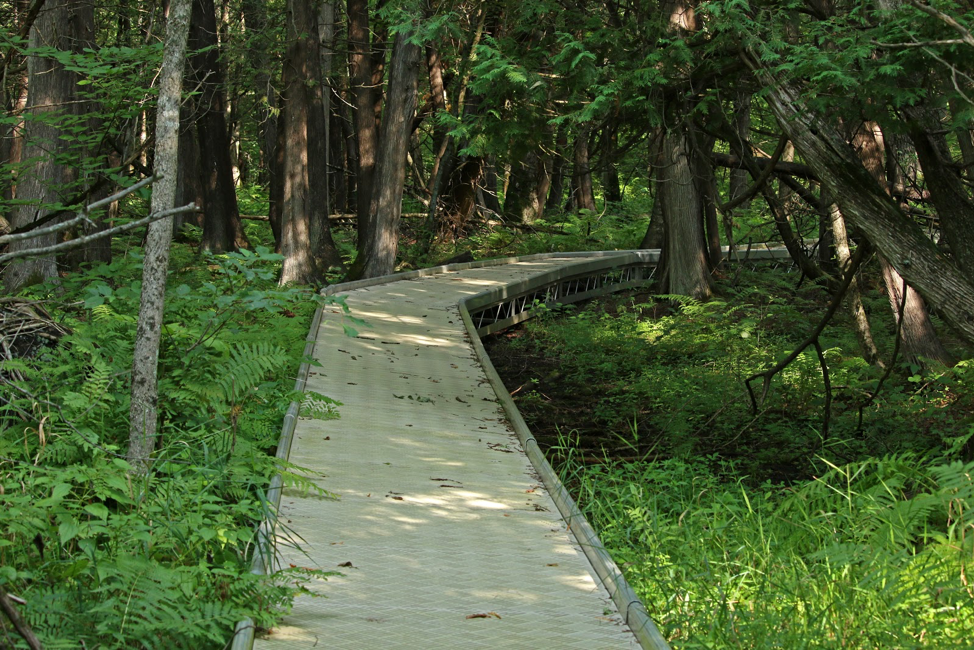 Dr. Caitlin Potter bent down on the sandy road, squatting on her heels to point out teeny-tiny footprints.

“These are beetle tracks,” she explained, halting a few yards later to observe another set, “They’re everywhere!”

We walked on the road-trail through a small grassland, en route to Cedar Bog Lake at the Cedar Creek Ecosystem Science Reserve (CDR) in Minnesota. As the site’s education and engagement coordinator, Potter has probably walked through this particular area hundreds if not thousands of times, but her continued enthusiasm was infectious. Soon, I looked carefully for beetle tracks as well, oohing and aahing over a particularly large ant mound designated with a pink flag so school groups could easily find it.

The trail curved into the woods, a raised boardwalk moving over a small swamp before reaching higher ground once more. A dock allowed easy access to the lily-covered pond, made famous decades ago by semimal ecologist Raymond Lindeman when he used the lake to postulate his ‘Law of 10%’: about 10% of organic food energy from one trophic level is transferred to the next higher level. Today, the Raymond Lindeman Research and Discovery Center at CDR honors his memory. 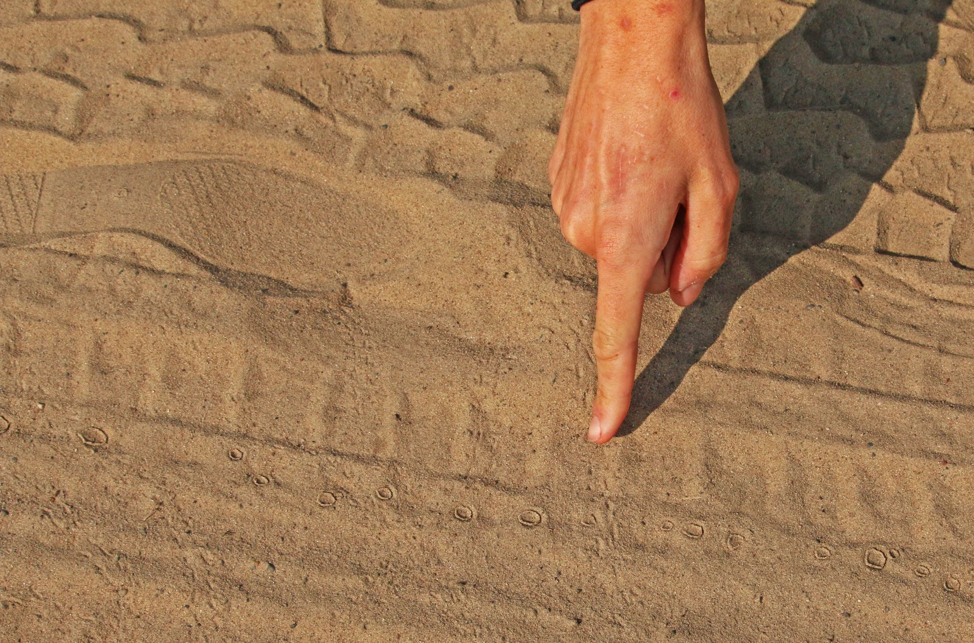 Here again, Dr. Potter alerted me to a strange organism I never would have noticed on my own. Kneeling down, she pointed to a multi-colored, cocoon-like structure. Oddly, it appeared to sit right next to a caterpillar. Or was it a piece of a caterpillar?

Perplexed, we snapped photos of the thing from every angle, deciding we could do a bit of research later, with the help of a computer.

These moments of discovery are experiences Dr. Potter hopes to bring to students and life-long learners alike. After a professional dance career in college, Dr. Potter earned her PhD studying primate behavior before working as an educator at the Woodland Park Zoo in Seattle. Missing science, years later she came to CDR, the perfect place to combine a love of research and communication. Under her leadership, the engagement program has expanded in leaps and bounds. In 2012, the number of K-12 participants who came to CDR hovered just above 2000; in 2018, they will hit close to 6,000. 2018 was a record-breaking year for participants from the public as well as university students, which combined make up another 7,300 visitors.

After our walk, I left the office building with a different staff member to tour the bison enclosures, but Potter still had the strange creature on her mind. As an active member of multiple naturalist groups on social media, Potter posted her photos on Facebook. Less than an hour later, she had her answer.

“It’s a wasp!” she exclaimed the next time she saw me, “It preys on caterpillars, which is why we saw a partially consumed one.” 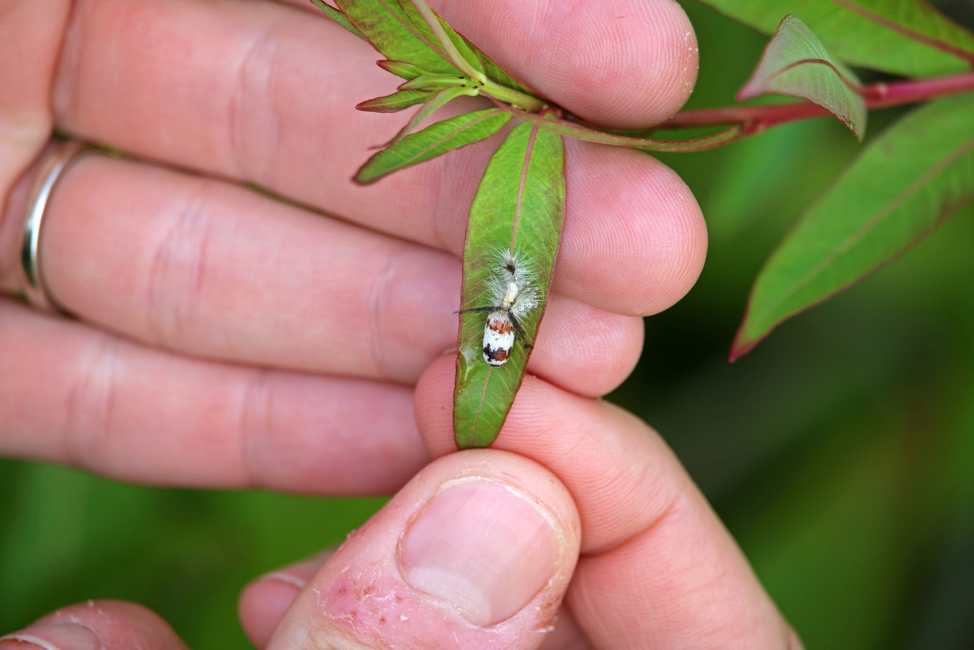 CDR and the Community

CDR offers student tours, internship opportunities, homeschool activities, and naturalist courses for children and adults alike. Their reserve showcases natural Minnesota environments, a valuable comparison for those who live in nearby cities or agricultural communities.

By engaging Minnesotans and visitors directly with the science and ecosystems at CDR, Dr. Potter and her team spark a connection to the landscape, an interest in conserving the natural ecosystems and others like it, and a curiosity to know more about other local, regional, and natural environments. Dr. Potter’s goal is to build a pathway of science literacy and learning through engaging, hands-on experiences at a world-renowned field station. 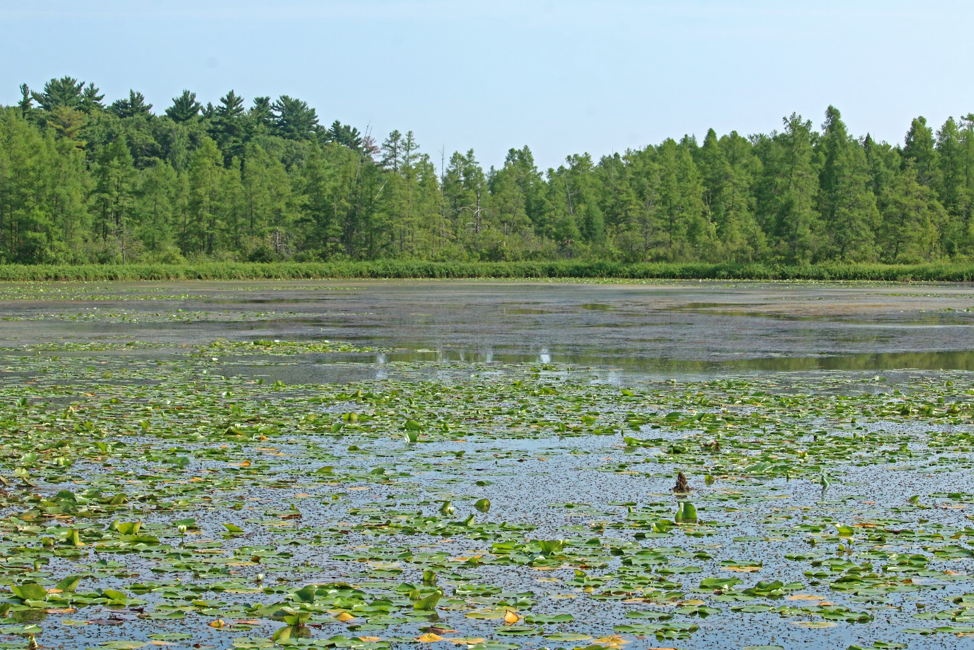