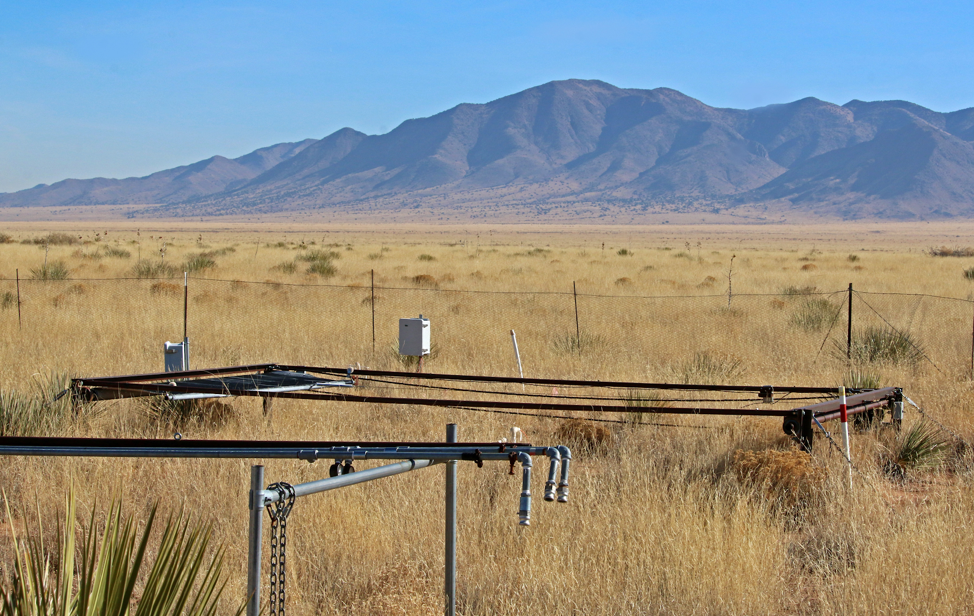 At night, 10 m x 10 m sliding screens come alive in New Mexico’s Sevilleta National Wildlife Refuge (NWR). Across the refuge’s grass and shrubland regions, the screens roll across metal rectangles, trapping heat from the day and raising the temperature of the ground. Back at computers in Albuquerque, Sevilleta LTER researchers monitor their equipment, as well as data inputs from automated loggers, using the experimental plots to try to look into the future.

Like most of the United States, New Mexico and the Sevilleta NWR will undoubtedly experience changing climate conditions. Scientists at Sevilleta ask the obvious question: “Well, then what happens?”

The Warming-El Nino-Nitrogen Deposition Experiment (WENNDEx) investigates what conditions will look like 75-100 years from today, and includes plots in multiple vegetation communities from the blue grama and black grama to mixed grama and creosote, to areas completely dominated by creosote bushes. In addition to studying the impact of nightly temperature increases to the soil, WENNDEx research also collects data on how increased precipitation and changes in nutrients affects the landscape and ecological communities that depend on it. By watching these interactions over time, LTER staff seek to make predictions about how the refuge, the region, and grama/shrubland communities will change, giving land managers a head start on practices to mitigate any negative ramifications.

Based on data collected since 2006, the changing conditions seem to favor two distinct species. Increased rain or snow in the winter, plus added nitrogen, help the growth of blue grama, while warmer summer temperatures and higher evapotranspiration creates better conditions for the black grama. 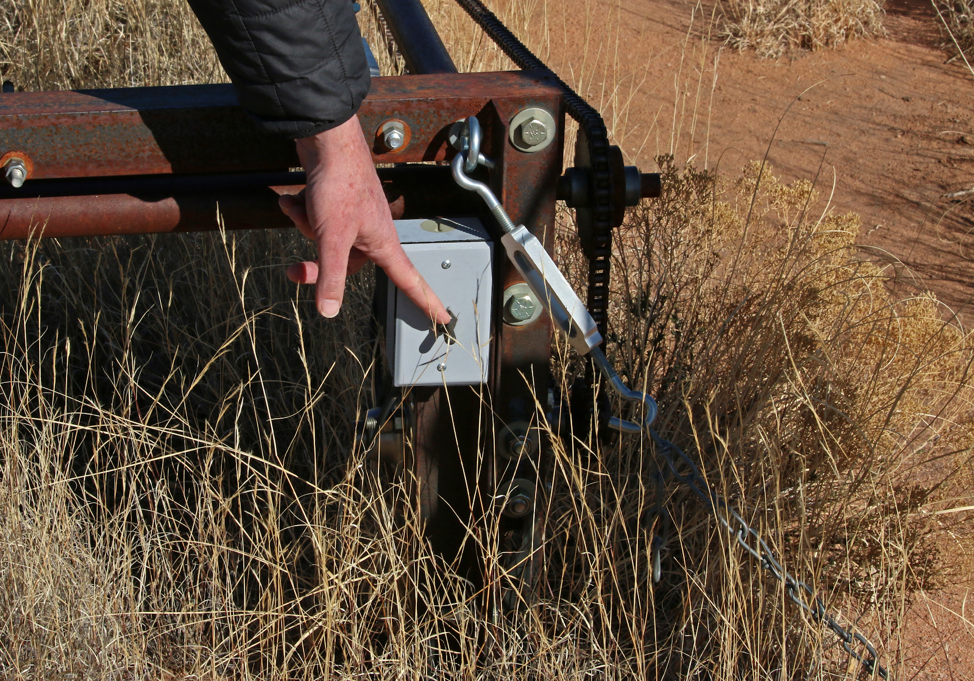 A switch controls the screens.
Credit: E Zambello/LTER-NCO CC BY 4.0

Throughout the years, the site has been plagued by difficulties. A fire erupted at the refuge and burned some – but not all – of the plots while ruining the screens and other equipment. The team rebuilt the infrastructure, but also burnt the rest of the plots so the unintentional burn treatment was consistent across all the plots.

And then, a new type of explosion rocked the refuge: caterpillars. Caterpillars crawled on the ground, hung over the equipment, and munched on whatever vegetation they could find. Drawn to the plentiful source of food, ravens flocked to the area to devour the protein-rich insects. When resting, they chose the highest point in the grass/shrubland, which invariably included the metal frames meant to hold the warming screens. That they poked the screens was bad enough, but ravens are both incredibly intelligent and curious. Much like a child in an elevator, the ravens couldn’t resist examining the switches that manually controlled the screens. From the computers back at the Albuquerque offices, researchers scratched their heads watching the screens extend and retreat seemingly at random before someone drove out to the site and discovered the reason. Eventually, rubber bands had to be added to hold down the switches against the efforts by the ravens. Even larger animals can’t stay away; a group of feral dogs once chased a sheep into a grassland site, destroying equipment before leaving the rotting carcass for the field techs.

The scientists at the refuge and LTER have continued plowing forward, despite setbacks, firmly committed to the views of the future their experiment could provide. The more information we have now, the more we can manage natural and human landscapes for decades to come. 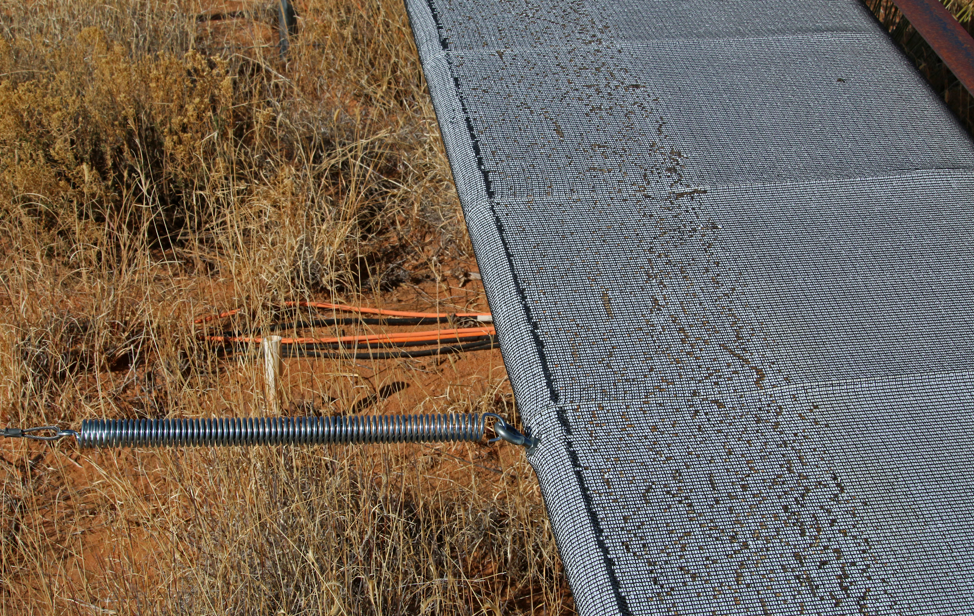 A close up of the site screen.
Credit: E Zambello/LTER-NCO CC BY 4.0