Antarctica Is Practically Defined by Ice. What Happens When It Melts?

Antarctica Is Practically Defined by Ice. What Happens When It Melts?

For prepared observers, a single season of melting offers clues to the future of the southern continent.

The McMurdo Dry Valleys are among the driest places on Earth. What water there is, stays frozen most of the time. An in-depth look at one warm period gives clues to how more flowing water could change these barren-seeming ecosystems. Credit: Hassan Basagic/McMurdo LTER via CC by-SA 4.0

October 13, 2016—A single season of intense melting buffeted Antarctica in 2001-2002. It yielded changes that ranged from speeding up microbial food webs to shifting penguin populations. A special section in the October issue of BioScience examines the impacts on two very different Antarctic ecosystems. 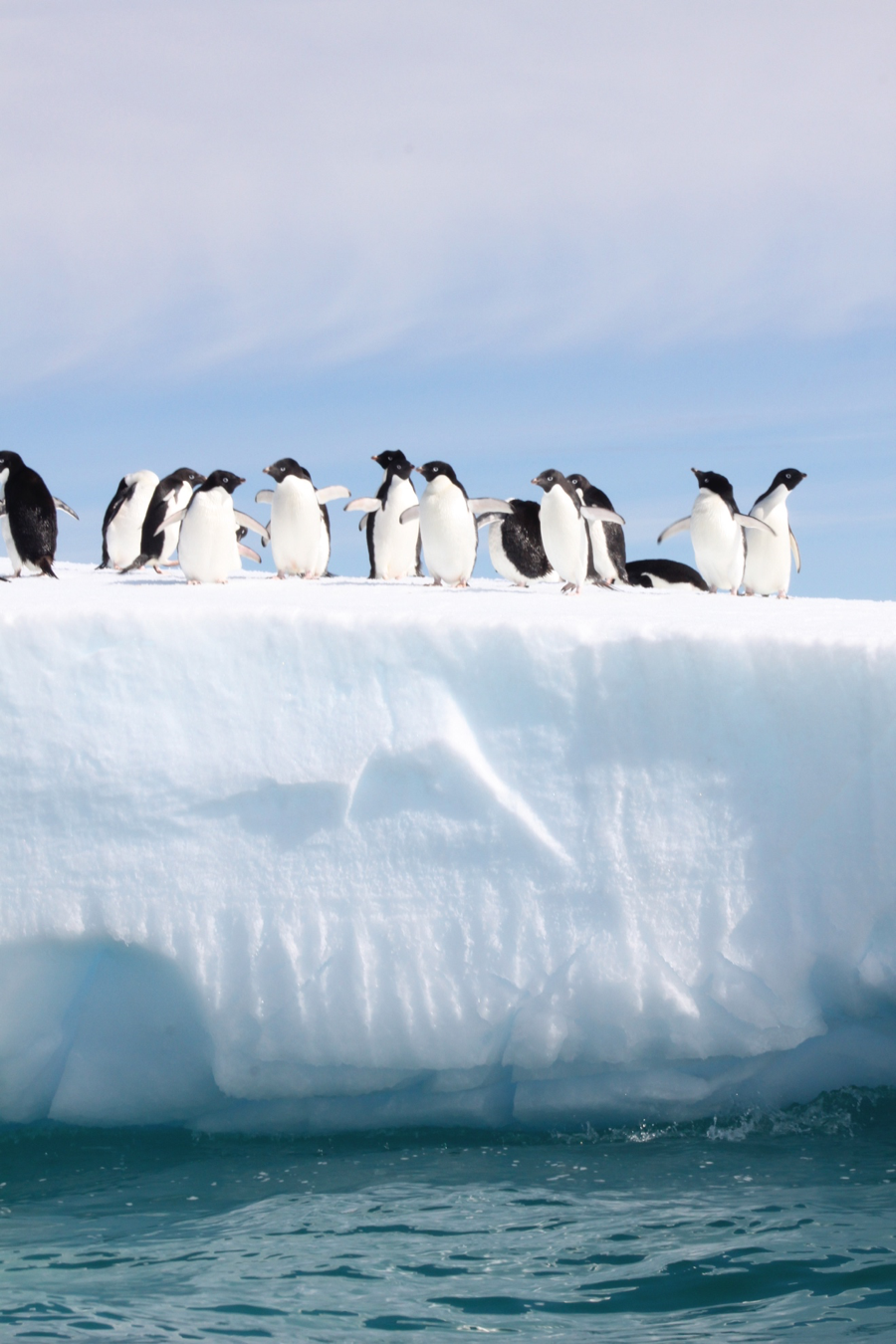 The intersection of two climatic cycles, the Southern Annular Mode and the El Niño Southern Oscillation, produced a particularly warm and windy spring season across Antarctica in 2001-2002, with melting glaciers, thinning of perennial lake ice, and changes in sea ice area. For the far-flung researchers who were prepared to capture it, this natural experiment offered a glimpse into the ecological future of this most remote continent.

The Palmer LTER, centered around the National Science Foundation’s Palmer Station, was established on the West Antarctic Peninsula with NSF funding in 1990. It focuses on the ways that changing sea ice extent influences marine ecology and the multilayered food webs of the coastal, nearshore, and continental slope ecosystems. The McMurdo Dry Valleys LTER, established in 1992, explores the ecology of the terrestrial and freshwater ecosystems of Antarctica’s Dry Valleys—an ice-free polar desert where glacial meltwater exerts a profound influence on connectivity and nutrient inputs.

“These two vastly different polar ecosystems offer insights into how diverse ecosystems around the world will respond to climate change,” said Hugh Ducklow, who leads the Palmer LTER. “With long-term studies already in place, we were able to observe the effects on so many different levels.” Ducklow is an ecologist at Columbia University’s Lamont-Doherty Earth Observatory.

The National Science Foundation supports both LTER sites and manages the U.S. Antarctic Program, the nation’s research program on the southernmost continent.

In the West Antarctic Peninsula, 2001-2002 atmospheric conditions resulted in thicker sea ice compacted against the edge of the peninsula, with increased melting at the edge releasing large quantities of fresh water and ice algae directly into the upper mixed layer of the ocean. These nutrient inputs supported a large spring algal bloom and a population boom of Antarctic krill, a major food source for penguins, whales, seals, fish and flighted seabirds. 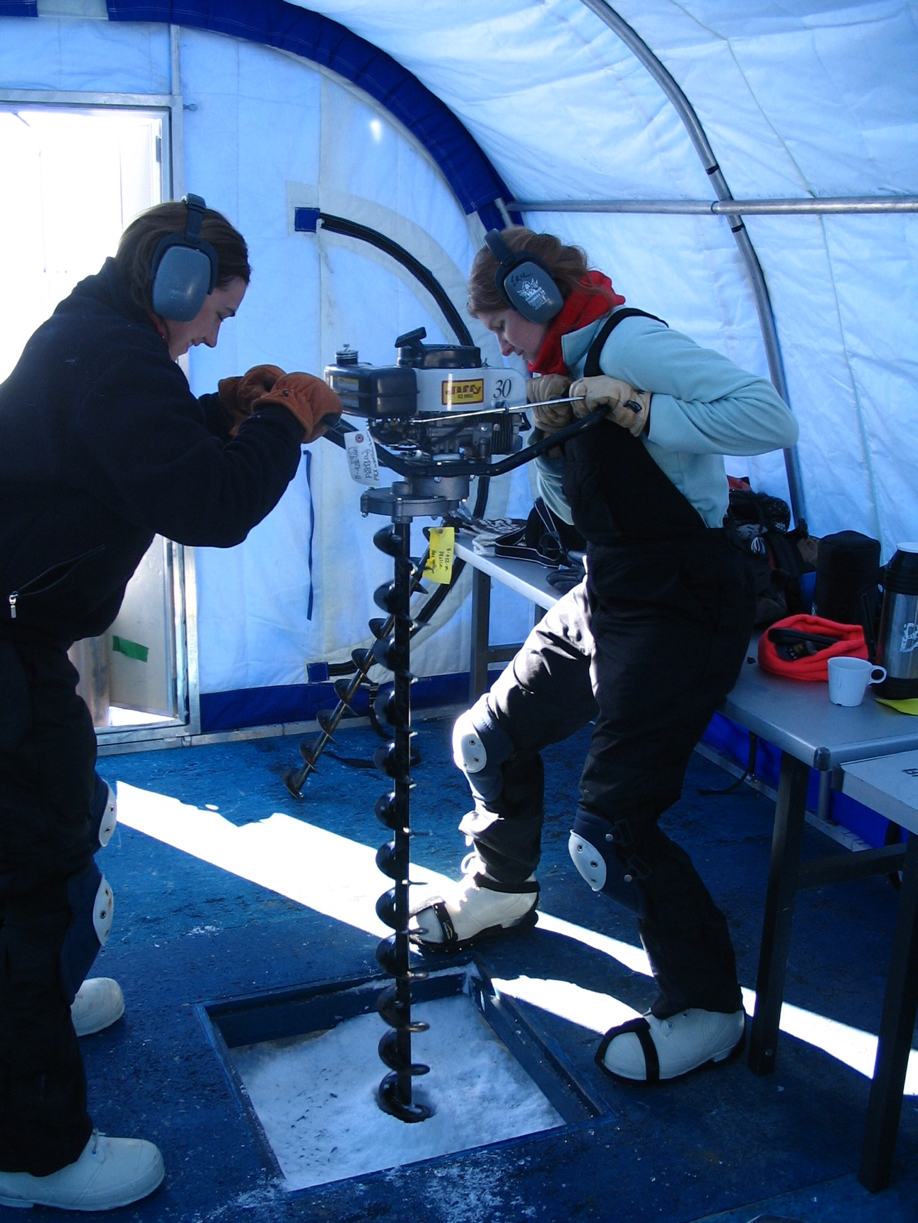 The same atmospheric patterns delivered greater snowfall and earlier spring snowmelt to the coastal region along the peninsula, flooding the nests of early-hatching Adélie penguins and lending an advantage to later-nesting gentoo and chinstrap species.

Across the continent and much further south in the Dry Valleys, the sudden arrival of a foehn wind rapidly melted the mountain glaciers, feeding a pulse of water across the parched landscape, scouring streambeds, raising lake levels, and revealing windblown dust deposits hidden in the glaciers. The characteristic thick layer of lake ice (typically 4-6 meters) also thinned rapidly, allowing more sunlight than usual to reach the upper layers of the plankton community that thrives in lake water under the ice.

At the same time, inputs of dissolved organic carbon from newly active streams fed increased bacterial productivity deeper in the lakes. Hints from genomic data suggest that the competition for these two different carbon sources could drive long-term changes in the structure of the lakes’ microbial communities.

At Palmer LTER, the physical impacts of the 2001-2002 climate anomaly were transient. At McMurdo, that single season of warming marked the start of nearly a decade of rising lake levels with an initial pulse of increased turbidity.

In so many ways, ice mediates the response of these two systems to environmental change. The relationships are rarely simple, but long-term ecological research is allowing scientists to capture the insights from today’s brief climate excursions to understand how ecosystems may respond when the unusual becomes the typical.

Any opinions, findings, conclusions, or recommendations expressed in the material are those of the author(s) and do not necessarily reflect the views of the National Science Foundation.