Every step of a tree’s growth is on a strict time-table, from the first emergence of life sprouting up through the soil to the formation of vast green canopies that block out almost all of the sun’s light. These growth cycles (budding leaves, flowering, etc.) are controlled by various environmental factors that act as cues for the plant to begin the next stage in its growth. Temperature plays one of the most important roles in regulating these biochemical processes.

Exposure to both chilling (colder weather during the winter) and forcing (warmer weather during spring) triggers these changes, especially in areas of higher latitude where climate change and increasing temperatures have drastically altered the timing of seasonal cues. In most cases, a warmer winter results in an earlier trigger of plant growth, but a recent study supported by LTER shows that the relationship is much more complex. 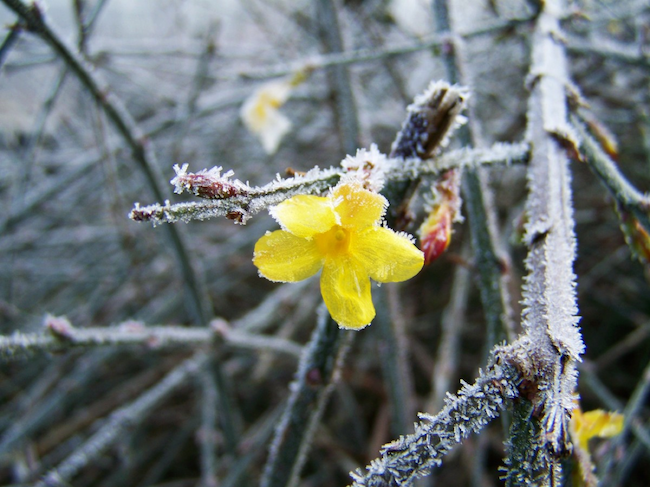 A group of scientists at the University of Minnesota found that five temperate deciduous tree species common throughout North America actually begin budding later in the year with decreased exposure to chilling. The researchers conducted a controlled experiment spanning two years, in which they exposed the five species to varying temperatures to simulate winters of different lengths and intensities.

They found that the leaves of all tested species budded earlier when exposed to more hours of chilling and later when exposed to less hours of chilling. However, the strength of this relationship varied among the species. In the “shorter winter,” some species took much longer to bud than the others. These species’ temperature cues require longer winters for complete development. Under shorter, milder winter conditions, they develop abnormal leaves which negatively affect photosynthesis and put them at a competitive disadvantage. In addition, other studies show that apart from the tested species, the general trend is that plants bud earlier after shorter and warmer winters. This wide spectrum of plant response to increasing global temperatures has significant ecological implications.

In the past, during periods of relative climate stability, the variance in budding times across temperate plant species was minimal. Spring would arrive at more or less the same time every year, providing a steady seasonal change that fostered the coevolution of a variety of plants. Plant communities that evolved and adapted together in this stable environment reached a competitive equilibrium that did not give one species an advantage over another. However, recent temperature increases are affecting species differently, resulting in a wider variance in budding time within a given ecosystem. This, along with the developmental challenges some species face in response to a warmer climate, is resulting in cascading ecological effects including shelter and habitat loss for birds and depleted food sources for certain insects. The difference in plant species’ response to climate change has resulted in a complex ecological disturbance, the effects of which are difficult to predict.