Hurricane Matthew pounded the Georgia coast on October 8. On Sapelo Island, home to the University of Georgia Marine Institute and Georgia Coastal Ecosystem (GCE) LTER field operations, trees were knocked down across the landscape, and power was out for a week. The Marine Institute itself escaped major flooding only because the storm didn’t pass at high tide. Once the storm had cleared and personnel were allowed to return to the island, the GCE LTER field crew scrambled to repair damaged instruments and field infrastructure, clear debris, and collect extra water samples for analysis. A week later, when GCE’s annual fall monitoring started, they found far less damage in the marshes themselves. 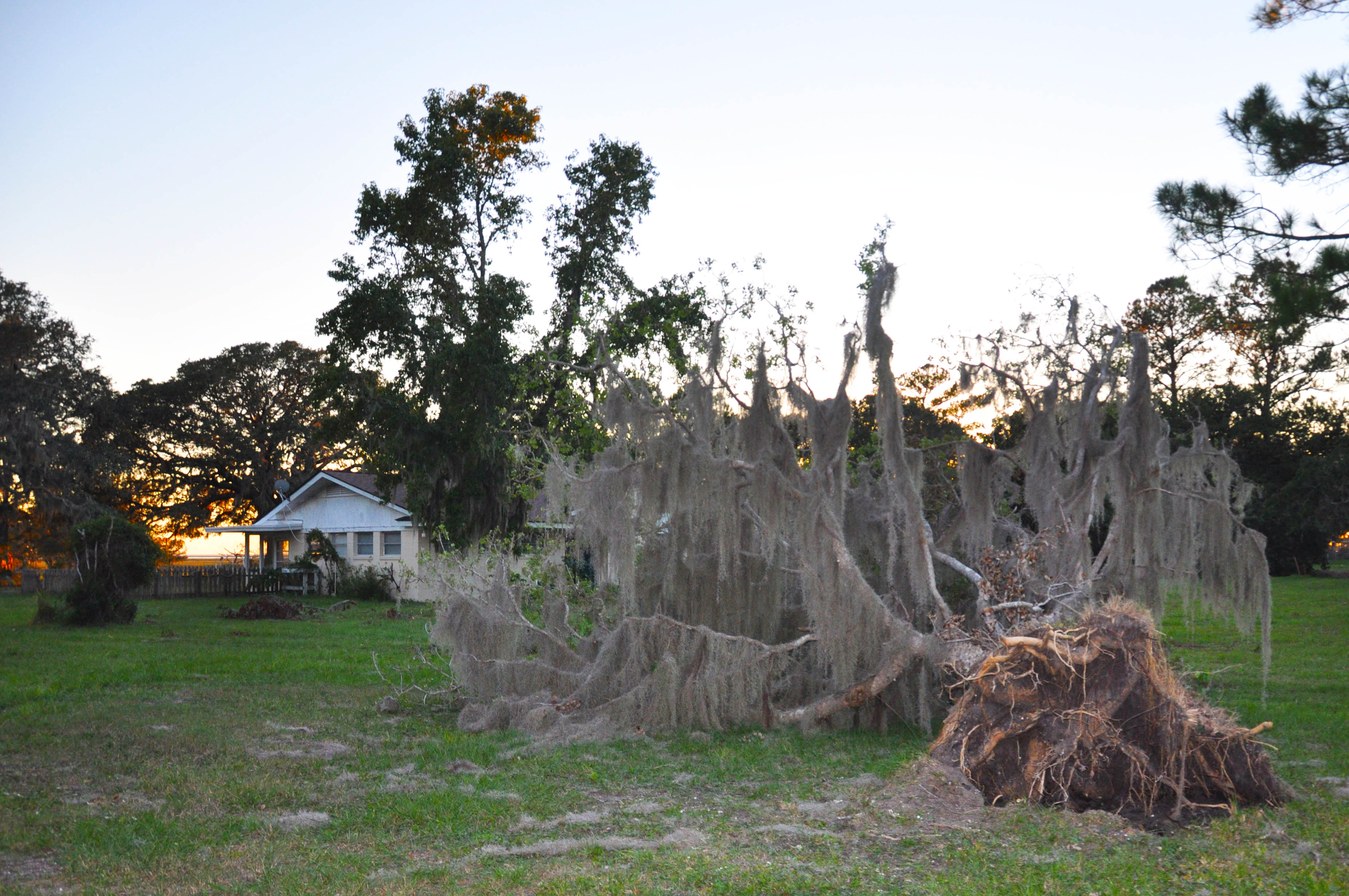 Tree down in Hurricane Matthew on the south end of Sapelo Island, near housing used by GCE scientists.
Credit: Andy Penniman (2016)

Each October, when marsh plants have reached their peak biomass for the year, the GCE LTER team conducts extensive monitoring to assess annual productivity of the plants, changes in plant composition, and abundance of the common marsh invertebrates. Surprisingly perhaps, the sampling proceeded much the same this year as it has in the past. Steven Pennings, GCE’s Field Director, explained that while “we think of hurricanes as ‘disturbances’ because of how they affect terrestrial systems—causing floods and knocking down trees—in the marsh, the hurricane was essentially an unusually high tide. It really isn’t a disturbance at all.” At one of the minor sampling sites, the storm surge had pushed a large mat of wrack (floating plant debris) through the marsh, crushing all the vegetation, but as Penning noted, that was “only one site.” Otherwise, the storm appeared to affect scientific instruments (a few of which were lost) more than marsh plants. 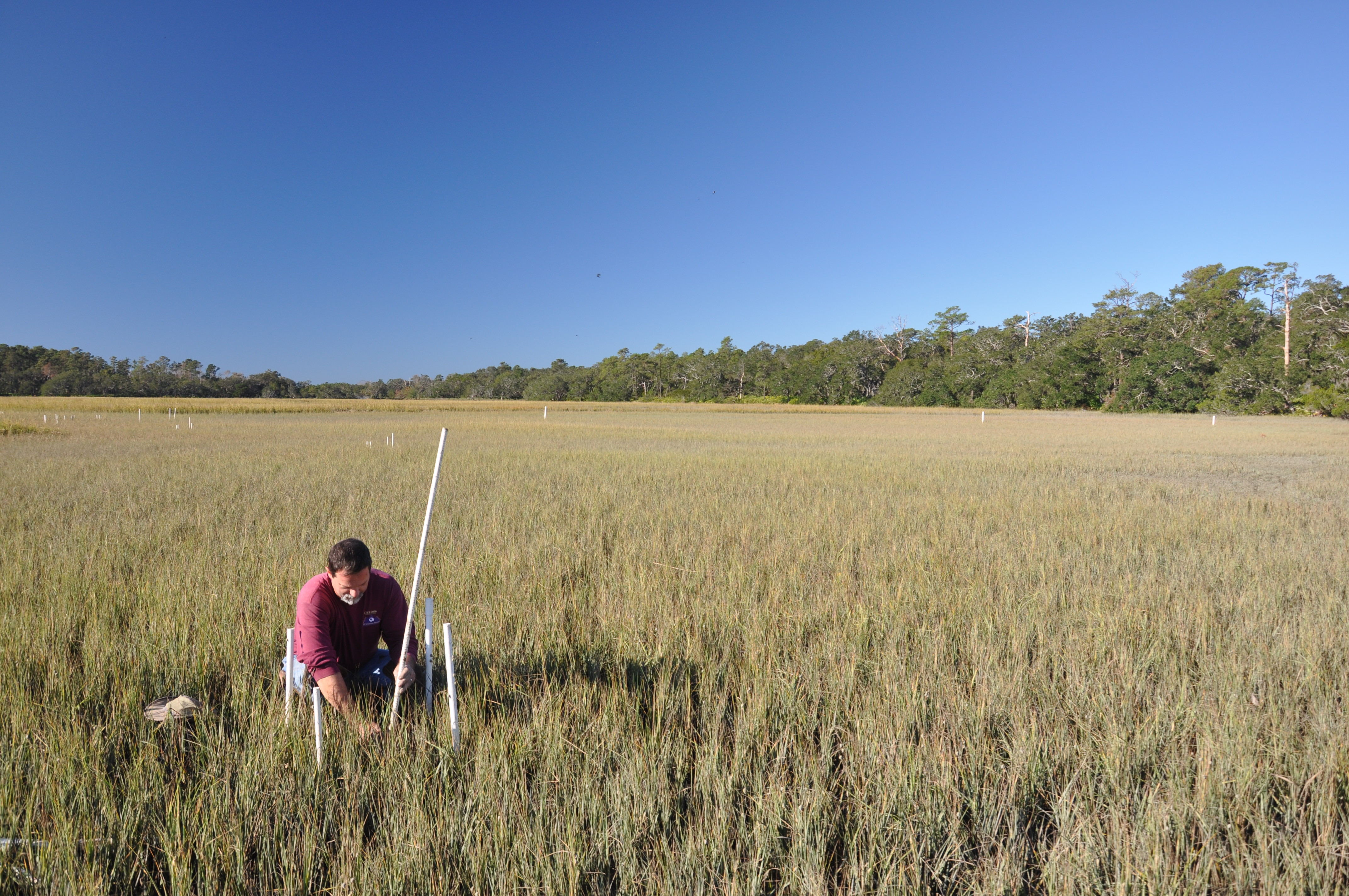 The GCE project started in 2000, so the team now has 17 years of fall monitoring data. And that data is beginning to reveal what actually controls year to year variability in marsh productivity and function. Together with Pennings, Kazik Wieski, a post-doctoral associate at the site, analyzed 12 years of biomass measurements for Spartina alterniflora, a cordgrass that dominates most of the study sites, to discover it varied three-fold among years. The most important predictor of this variation? The amount of fresh water from the nearby Altamaha River that reached the coast during the growing season. Spartina is sensitive to high salt concentrations: therefore, high river discharge, heavy local precipitation, and even high sea levels (which prevent the concentration of salts in drier midmarsh areas) all contribute to years with much greater biomass.

John O’Donnell and John Schalles, both GCE researchers, have since extended these analyses as far back as 1984 using Landsat remote-sensing imagery and found similar relationships between plant biomass and river discharge, precipitation, temperature, and sea level as Wieski and Pennings had found. They also discovered evidence of a long-term decline in plant biomass related to increased frequency of drought in recent years. Understanding these relationships will allow predictions of how Spartina biomass—and that of other regional species with similar responses—will react to future climate changes. 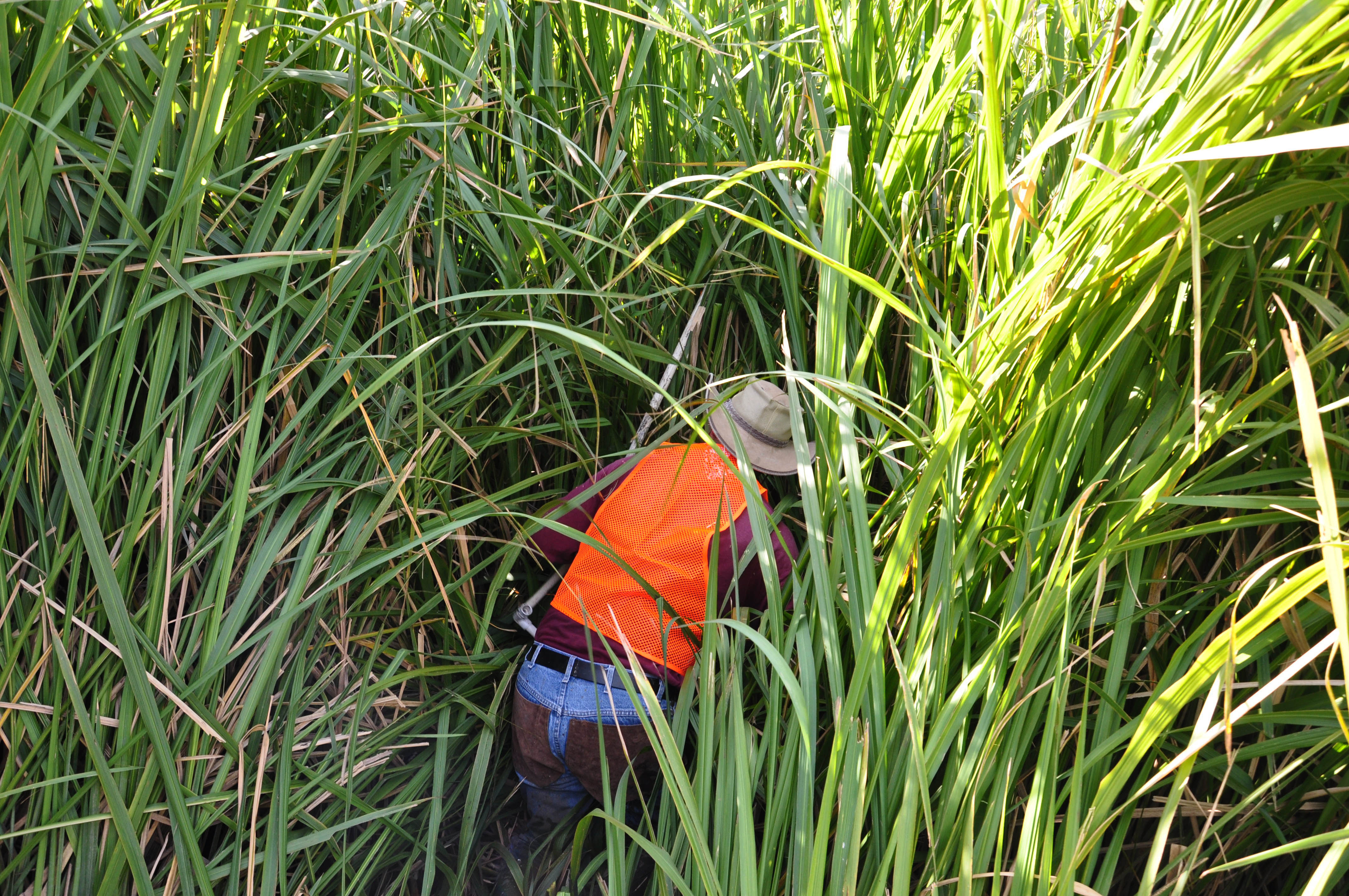 In addition to biomass measurements, the annual monitoring also notes any disturbance in a quadrat from wrack, slumping of the creekbank, or herbivorous animals (typically snails or pigs). In a recent analysis (2016), Li and Pennings studied variation in disturbance to the Spartina habitat across space and time. While wrack and snail disturbance varied predictably across the landscape, suggesting that barrier island marshes experienced more disturbance than did marshes on the mainland, disturbance frequency varied up to 14-fold among years, indicating that short-term studies likely yield poor estimates of how often disturbances occur. Although disturbances strongly affected plant biomass in plots that were disturbed, they were not common enough across the landscape to over-whelm the system-wide effects of abiotic conditions on fall biomass.

The GCE team’s analyses point to the crucial importance of abiotic conditions like freshwater input, temperature, and sea level on coastal wetland health. “While there have been hundreds of studies of how salt marsh plants respond to differing abiotic conditions in the greenhouse,” Pennings reflected, “only by examining variation over space and time [via long-term repeated monitoring] in the field can we determine which factors are actually important in nature.” GCE scientists can now use this understanding to better predict impacts on marshes due to contemporary human actions (e.g. river withdrawals for irrigation or consumption) as well as future changes in climate and rising sea level.