Marty Downs is the Director of the Long Term Ecological Research Network Office, based at NCEAS in Santa Barbara. She manages internal and external communications for a network of over 2000 environmental scientists and 28 diverse research sites. Marty began her career as an ecosystem ecologist studying nitrogen and carbon cycling in northeastern U.S. forests, Alaskan tundra, and polar Sweden, based at the Ecosystem Center of the Marine Biological Laboratory. While teaching a group of science journalism fellows the reality of hands-on science, she caught the science communication bug. Marty earned a master's in science journalism from Boston University and launched a career in freelance science writing and, later, institutional communications. For the past decade, her work has involved using science communication to accelerate collaboration and interdisciplinary synthesis.Marty earned her M.S. in science journalism from Boston University and her B.S. in Natural Resources from Cornell University. 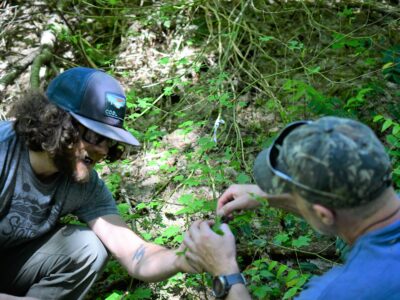 Pacific Northwest forests contain some of the largest reserves of forests on the planet, but many questions remain unanswered about how drought and heat stress from climate change will change forest dynamics and biodiversity. RETs on this project will track understory plant populations and quantify interactions among the many important and diverse plant species in these understory ecosystems.