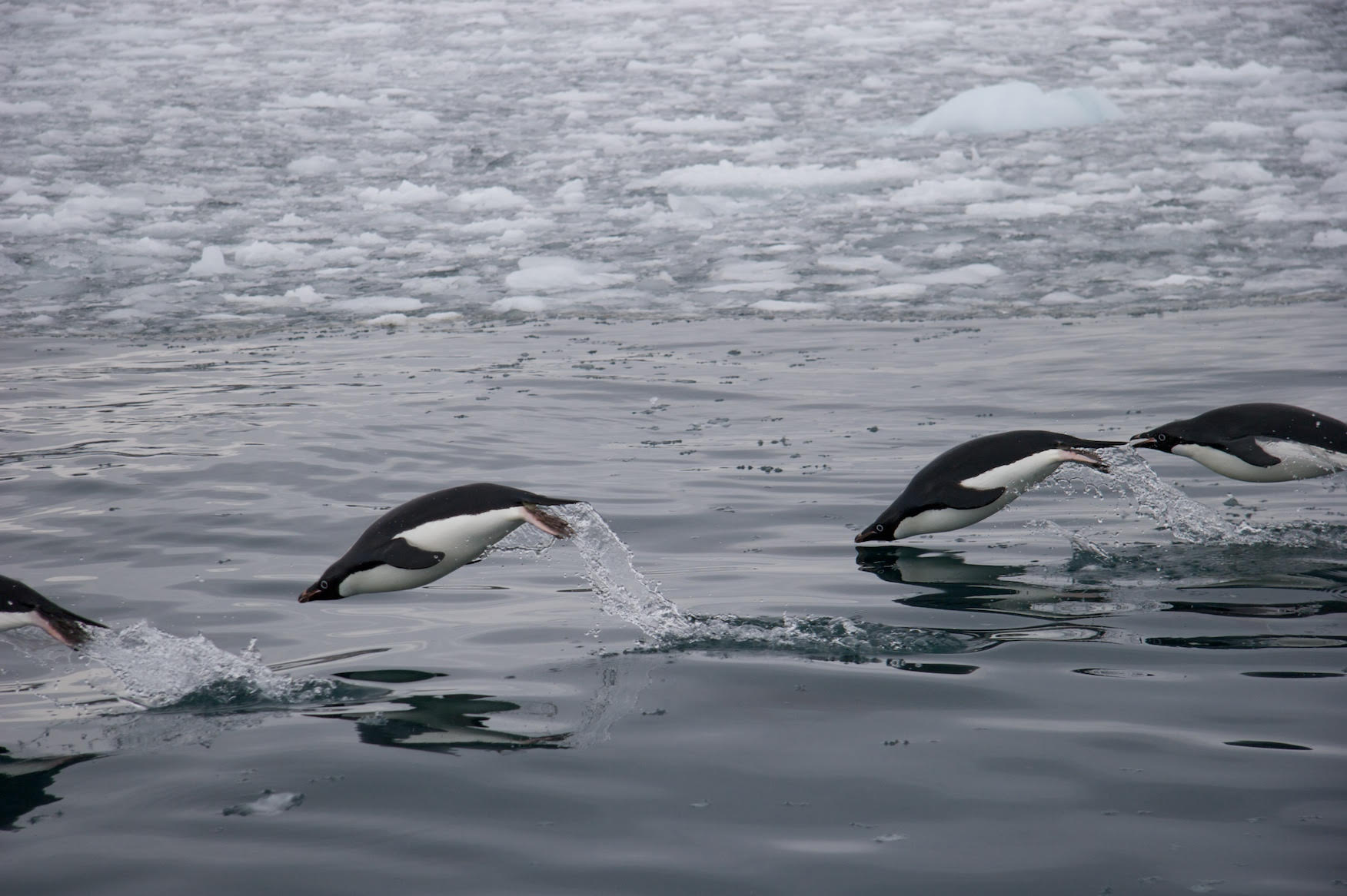 Rapid warming in the WAP coincides with increases in gentoo penguin and decreases in Adélie penguin populations. While foraging ranges of Adélies and Gentoos overlap with each other and with krill density maxima near Palmer Station, the vertical grazing ranges of the two penguin species differ . This suggests that declines in Adélie penguin populations along the WAP are more likely due to direct (snowfall) and indirect (food web alterations) climate impacts on their life histories, rather than direct competition for food.