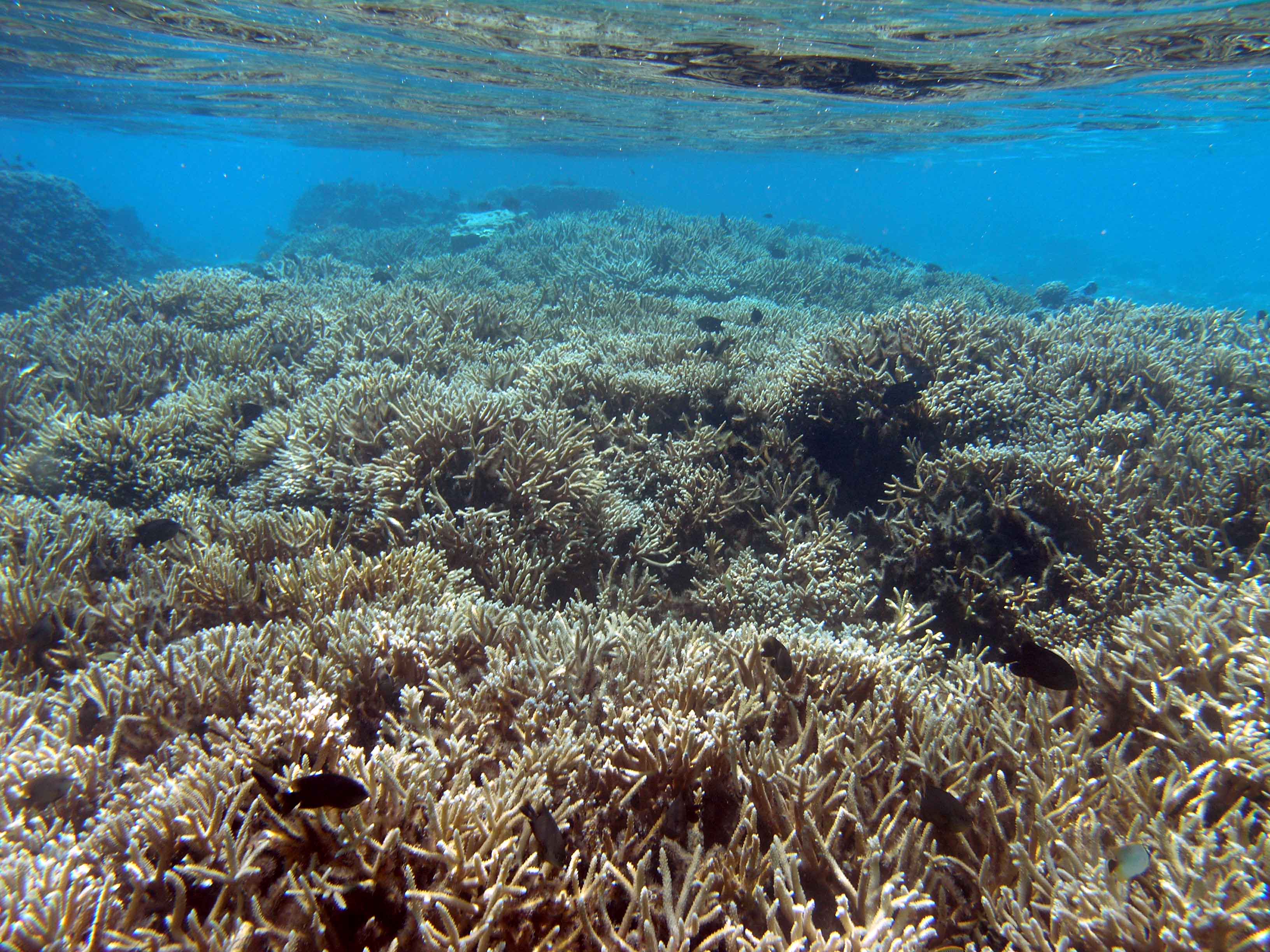 Individuals—even individuals of the same species—don’t always respond to a stimulus in the same way. Studying calcification in a key coral species, Acropora pulchra, researchers at the Moorea Coral Reef LTER found greater variety in the corals’ response to temperature than to high levels of CO2 in seawater. Since individual variation is the raw material of evolution, the contrast suggests it may be easier for this coral species to adapt to rising temperatures than to increased ocean acidification.

Previous studies of coral colonies have shown that ocean acidification and high temperatures can inhibit the deposition of calcium, known as calcification, that builds coral reef structure. The common garden experiment described here was designed specifically to examine whether individual colonies of Acropora pulchra responded in different ways to ocean warming and acidification.

In addition to greater variation in the response to temperature than CO2, the team also found that the fastest growing colonies under normal conditions were most affected by elevated temperature and CO2 levels. This implies that coral colonies contributing the most to reef growth will be disproportionately affected by changing environmental conditions.