The first Open Science Meeting of the International LTER Network (ILTER) network gathered over 300 participants in Kruger National Park, South Africa to present their latest results, network, and explore next steps for the growing organization.

The meeting, which took place from 9-13 October, 2016, offered a balanced mix of scientific talks, poster sessions, workshops, and high-profile plenary sessions—all in a setting that invited easy camaraderie and appreciation of this exceptionally diverse ecosystem.

The US delegation was the second-largest in attendance (after South Africa) with almost 50 researchers presenting talks or posters. European networks were also well-represented. The Tuesday morning plenary focused on a survey of efforts to align data collection, synthesis, and sharing that highlighted an alphabet soup of organizations, including: 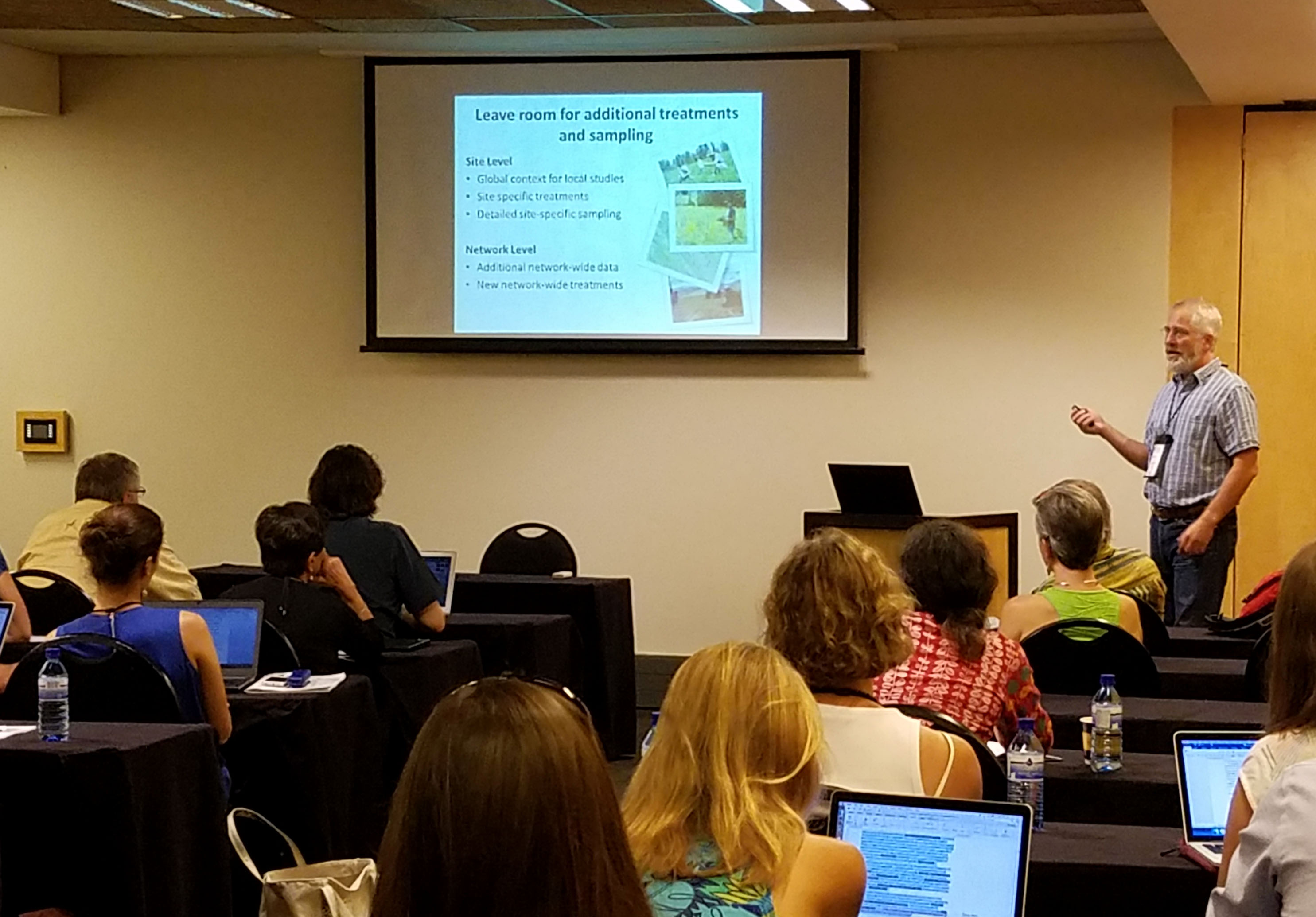 The ILTER is a network of networks from diverse countries and perspectives. The academic science perspective of the European and North American networks could easily have clashed with the monitoring, conservation, and development focus of many other networks. Instead, an atmosphere of exploration and problem-solving prevailed. Bob Scholes, a leading systems ecologist now at the University of the Witwatersrand, presented an approach for thinking strategically about data preservation, access, and use in even the most challenging resource environments.

Other highlights of the meeting were workshops on estimating uncertainty in long-term research, organized by Ruth Yanai and Hank Loescher, and on global distributed experiments, organized by Elizabeth Borer, Scott Collins, Eric Seabloom and Melinda Smith.

Eric Seabloom, in talking about NutNet, the globally distributed grassland nutrient addition experiment, offered a checklist of qualities that make such experiments flexible enough to be deployed in far flung locations, while still providing a solid core of comparable and reliable data. Many researchers expressed enthusiasm about joining both experimental and monitoring  networks, such as NutNet,  DroughtNet, ITEX, DIRT, or a new network using lichens as ecological indicators. 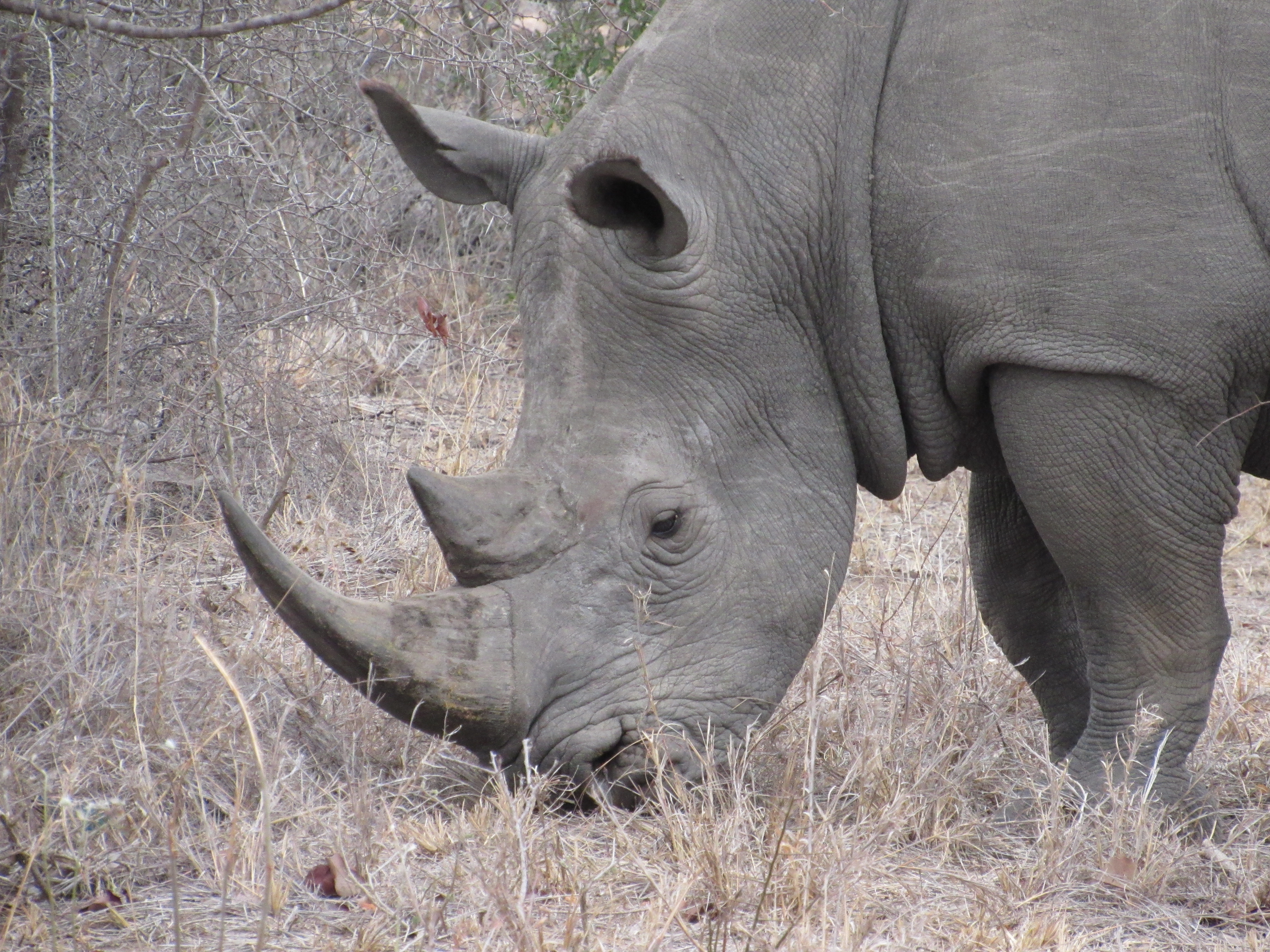 At the same time, U.S. ecologists appreciated the opportunity to learn from their international colleagues—whether the topic was methods development on a shoestring, the full-scale integration of social-ecological science, or the wonder of convergent evolution.

Between sessions on carbon cycling, biodiversity and nutrient dynamics, participants also found time to take advantage of the daily safaris and bushwalks offered by the park. When at a loss for a conversational topic, one could always fall back on, “Did you see anything interesting this morning?” Almost always, the questioner would be regaled with stories of elephants, rhinos, hyenas, leopards or unusual birds.

The ILTER Network intends to hold the next Open Science Meeting in 2019, but they will have a hard time topping this one.

The meeting was hosted by the South African Environmental Observation Network (SAEON) with sponsorship from the South African Department of Science and Technology (DST) and National Research Foundation (NRF). About one-half of the US delegation was sponsored by the National Science Foundation through the LTER Network Communications Office.