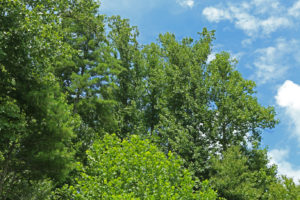 It’s morning in the North Carolina mountains, near the Georgia border. The sun rises over blue-green ridges, blanketing the thick foliage with a gentle, golden light.

I flip open my copy of The Franklin Press while sipping coffee at a field station, and there, in a bi-monthly column, is an article by Coweeta Hydrologic Lab staff, answering the scientific questions of local citizens.

The column is just one part of the Coweeta Listening Project (CLP), an initiative of the Coweeta LTER. Nick Heynen, Director of CLP and Professor of Geography at the University Georgia, explains that questions addressed in the regular Franklin column are ones “that community members ask as part of focus groups that we host,” he explains. They call the focus groups ‘translational dialogues’, which are basically workshops that bring the community and Coweeta staff together.

“Essentially we set out to talk about the science we’re doing at Coweeta,” Heynen continues, “which provokes questions from community members. We take those questions (‘cause usually we don’t know the answers) to the scientists, then generate 750 words based on their answers and publish them for the community.”

The translational dialogues, like all CLP projects, are meant to be a two-way conversation. While scientists brief the public on work done at the LTER site, they also have the opportunity to listen to and incorporate local knowledge into their research. 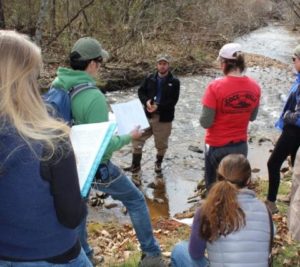 For example, Coweeta has launched an initiative called the Visual Assessment Protocol to incorporate community input into their water quality studies. Normally, stream health is measured using lab and field equipment, which can be prohibitively time consuming and expensive while rarely tapping into people themselves as a resource. By contrast, the Visual Assessment Protocol is a questionnaire designed to be easy for anyone to answer, and allows community members to actively engage in the health of their local streams while providing valuable input to scientists.

The questionnaire is especially important in the North Carolina and Georgia mountains, where many streams are located on private property and thus depend upon landowners when restoration is needed. Jeremy Sullivan explains in a blog that “We want folks to think about what makes a stream healthy, more or less… if a stream needs restoration, we can work with landowners to fix that in the future.” To implement a solution, one needs to first know that a problem exists.

By enabling an ongoing conversation between scientists and citizens, the CLP hopes to integrate scientific research with unique local knowledge, thereby highlighting the importance of ecological science and making it more meaningful to the communities of southwestern North Carolina. Local newspaper columns are just one of many tools they are harnessing to achieve this goal.