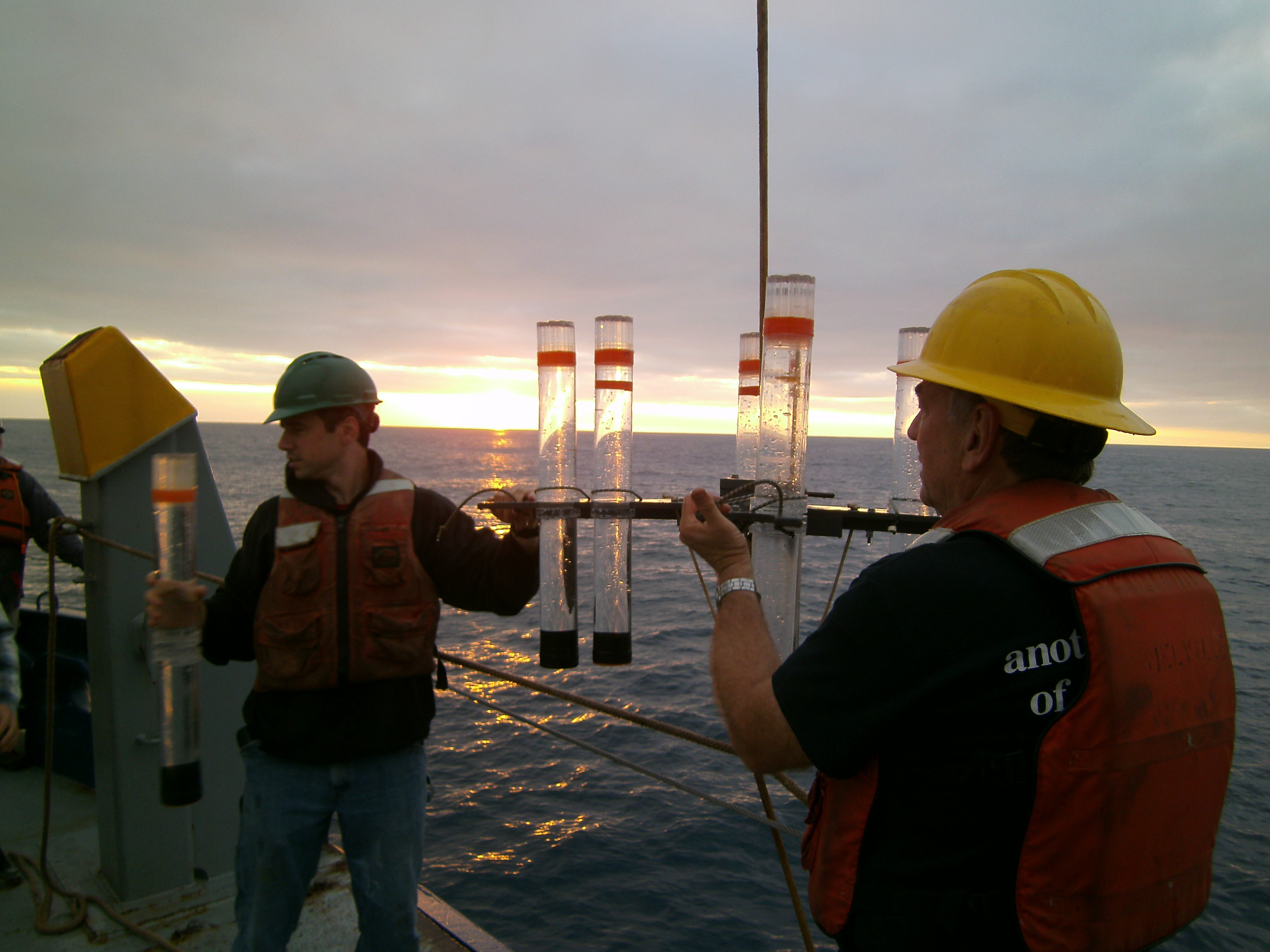 The global carbon cycle doesn’t have many off-ramps, but the deep ocean is one of them. Researchers with the California Coastal Ecosystem LTER have found that twice as much carbon finds its way to the deep ocean at mesoscale ocean fronts as elsewhere in the ocean.

Normally, phytoplankton take up carbon from seawater, get eaten by zooplankton, and excreted. If the fecal pellets sink slowly, much of the carbon and nutrients they contain gets recycled before they sink from the active layer. Researchers studying the deep oceans off the coast of Santa Barbara found that diatoms at this ocean front formed denser silicate shells than normal and therefore they (and fecal pellets containing them) sank faster, shuttling carbon to the ocean bottom.

If a similar dynamic holds true at other mesoscale fronts, the process may be responsible for over a quarter of total organic carbon sequestration in the California Current and other coastal upwelling ecosystems. Understanding the role of ocean circulation in carbon storage affects predictions of how much carbon the oceans will be able to store in the future.