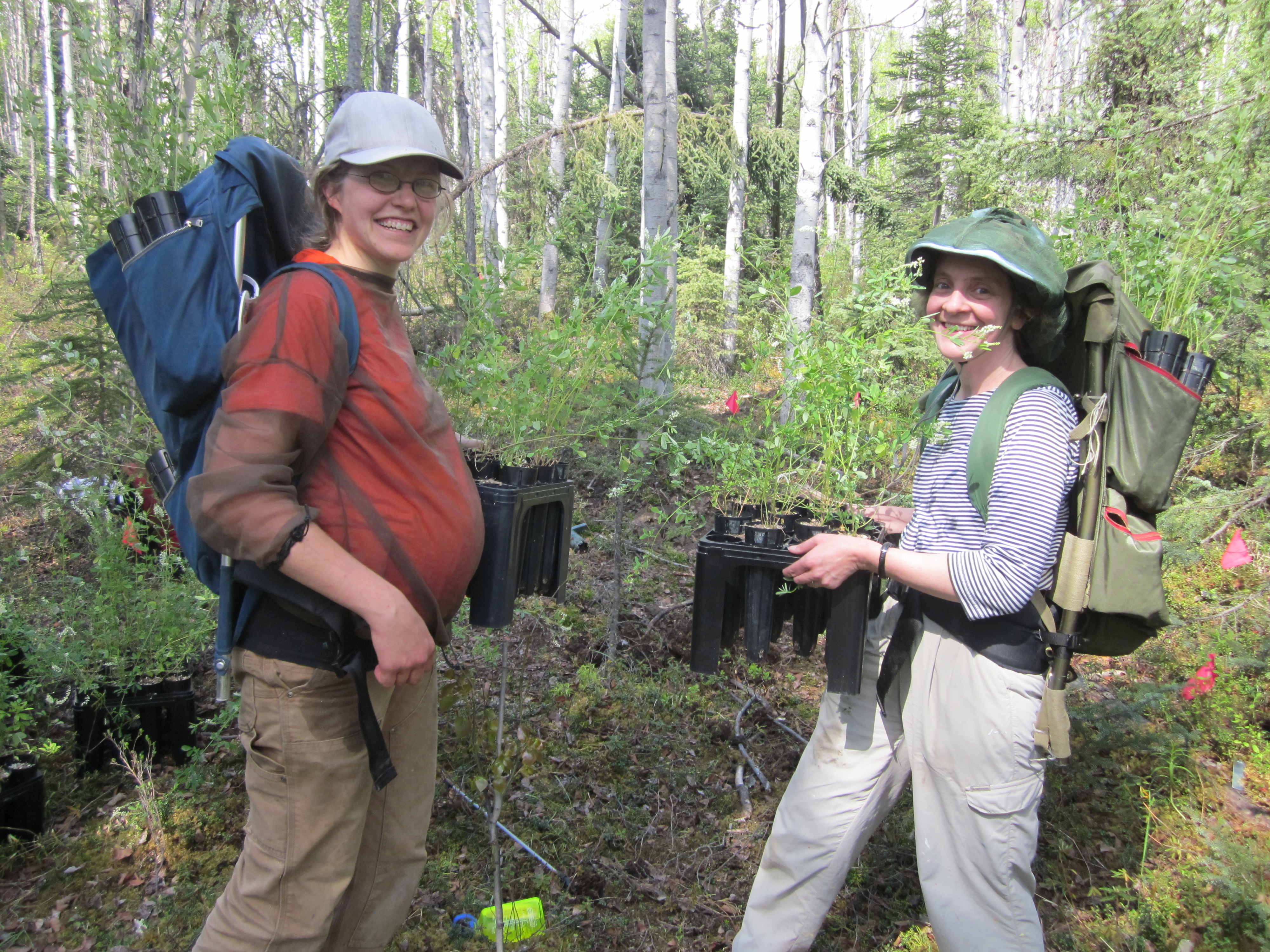 As new species arrive in a region, they can choke out native plants. One conservation strategy is to remove invasive plants by hand, but it is brutal work, even when they can be located. In Interior Alaska, increasing fires and human activity open up footholds for introduced species, and a growing season that has become warmer and longer over the past 88 years makes it easy for them to spread. However, a research group from the Bonanza Creek LTER has reinforced a growing body of research on native and non-native plant life cycle characteristics, pointing to a potential way to ease some aspects of the restoration process.

The team, based out of the University of Alaska Fairbanks, studied how changes in season length in Interior Alaska affected 29 native and 12 introduced species over a three-year period. Dr. Christa Mulder and her colleagues found that during extended autumns, introduced species continue growing and producing leaves after native species stop for an even longer period of time than previously was understood. This research indicates both a potential advantage for non-native species and an important opportunity for ecological restoration in Interior Alaska.

Extended autumns may benefit introduced species by providing additional periods of growth, but they also provide a longer period of time during which native species are distinguished from non-native species. Mulder says, “What these data point to is an efficient way to locate non-natives by using remote sensing after native species have dropped their leaves. Fortunately, native species still occupy most of our landscape, but non-natives are rapidly expanding, especially along river edges and into recently burned areas.”

Dr. Mulder, her research team, and their families spent a lot of time exploring areas throughout Alaska in recent years, searching for plants, and collecting data. In fact, many people across Alaska did.

This study was inspired by the Bonanza Creek LTER team’s involvement in several citizen science projects, namely the Melibee Project and Project BrownDown. The Melibee Project, named for invasive white sweetclover (Melilotus albus) and its most common pollinators (bees), enlisted the help of local citizens and students in Alaska and Southern Canada to detect changes in native berry plant pollination in the presence of invasive species. Citizen scientists participating in the Melibee Project noted that non-native species held on to their leaves longer than the native species. Intrigued by this novel observation, Mulder and her research team started Project BrownDown, another citizen science project to compare life cycle characteristics of native and non-native plant species.

Drawing on three years of Project BrownDown observations, Mulder and her team noticed that there were no significant changes to life cycle characteristics during early/late springs and summers (i.e. date of first open flower, date of first ripe fruit, date of last new leaf emerging, etc). However, a strong difference emerged in autumn for the date of the last new leaf produced by a species.

“This study took place over 3 years, which revealed a lot about the long term, but also left a lot of questions about what will happen over the longer term,” Mulder said. “For example, in some years we have had snow fall in the second week of September that has stuck around for the rest of the winter, and that may have a strong negative impact on invasive plants.”

Mulder’s research has catalyzed a number of ongoing research projects, including Winterberry, another citizen science project that’s evaluating the extent to which changes in plant life cycle characteristics alter availability of food to animals in the autumn and winter. Participants are mostly young students who track the time between when specific fruits ripen and fall to determine how location and environmental conditions affect each species.

Mulder is excited to see research projects like Winterberry building upon her team’s study. She recognizes the value of longer term research in uncovering how seasonal variations and plant life cycle characteristics affect the composition and success of ecological communities.