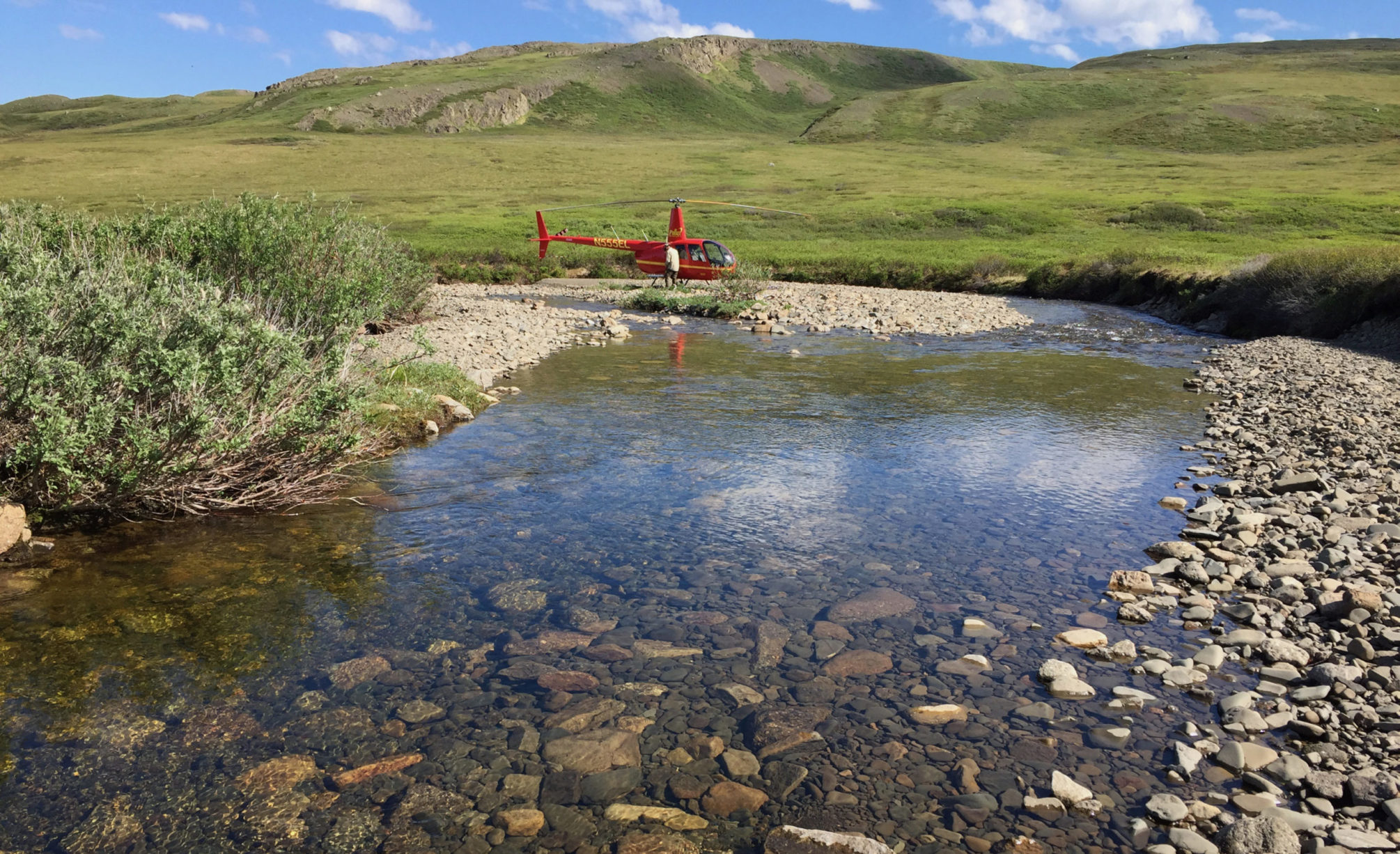 Climate change is hitting Arctic ecosystems hard – permafrost is rapidly thawing, releasing previously-frozen organic matter into the surrounding environment. Knowing not only how, but when, dissolved organic matter (DOM) and other nutrient concentrations are changing is important for predicting effects of climate change, but the picture is currently incomplete.  A new paper from Arctic LTER researchers identifies key knowledge and data gaps that limit understanding of Arctic ecosystem structure and function. They argue that expanding data collection further into the ‘shoulder seasons’ (early spring and late fall) is critical to developing more accurate carbon budgets and climate change models.

In the coming decades, the consequences of changing carbon and nutrient budgets will have cascading impacts at local, regional, and global scales. In many regions of the Arctic, predicted changes are coupled with an expected increase in the frequency and intensity of precipitation events, potentially enhancing the mobilization of permafrost DOM and nutrients from land to water. High-latitude ecosystems are especially vulnerable to climate change and have great impact on planetary conditions, but the remote, vast, and extreme environment in which Arctic science is conducted has lead to a history of inconsistent sampling regimes and short sampling seasons across much of the Arctic.

Focusing on the Kuparuk River headwaters, one of the best-studied Arctic ecosystems,the research team combined a meta-analysis of 204 studies on  carbon and nitrogen export with a case study comparing autonomous in-situ water quality sensors with manual sampling.

Their literature analysis uncovered clear temporal biases in previous research studies, showing that for the Kuparuk River Basin, the months June-August are the most intensively studied across scientific disciplines, with far fewer studies spanning into the ‘shoulder’ seasons of May and September. The authors define the shoulder seasons for the Arctic LTER region as the period from the onset of thaw and activation of flow in the headwater streams to the end of the snowmelt, and the transitional period from plant senescence until the headwaters refreeze and streams cease to flow late in the season. Hydrologic studies—the team’s research specialty—spanned more of the shoulder season than most disciplines, but were biased toward the snowmelt period of late May to early June, with fewer studies in late August and September.

Their case study data, which included the majority of the 2017, 2018 and 2019 flow seasons, revealed that up to 30% of annual carbon exports occurred as Dissolved Organic Carbon (DOC) during the late shoulder seasons. This previously undocumented late season export is even larger than the snowmelt flush in May and June, which is typically when the greatest activity is expected. Further, the team concluded that if they had not captured the brief storm-events, total annual DOC export would have been underestimated by a whopping 49%. 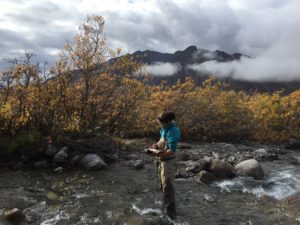 Together, even after decades of study in the Kuparuk River, these new shoulder season and storm flow findings are rewriting the conventional thinking about when DOC is mobilized and exported from this famous Arctic watershed. Specifically, their results show that rain events, especially during the late shoulder seasons, can represent a significant proportion of annual river flux, despite their omission from most biogeochemical and hydrologic studies. The role of rain events is particularly important because increased rain during the thaw season is one projected impact of climate change across the Arctic.

The research team’s case study shows that the incorporation of new technologies and sampling designs, such as autonomous high-frequency sensors, provides a way to feasibly extend the field season beyond what has been previously monitored. The lead author, Dr. Arial Shogren, hopes that other Arctic researchers will see this study as an opportunity and a source of inspiration: “While our data is specific to the Kuparuk River, our study more broadly underscores that we still have significant ecological data gaps, but that there are ways to fill many of these gaps. We hope that other researchers use this as a call to action to address where and when to look for new research opportunities in the Arctic”.