The connections between humans and oceans run deep. Kelp forests, plankton, estuaries, and coral reefs support robust and diverse food webs, feeding both body and spirit. The destructive effects of big storms are tempered by marshes and mangroves—sometimes to their benefit and sometimes their detriment. Currents, migrations, climate, and nutrients connect ecosystems and the communities of plants, animals and microbes that comprise them. Researchers from Long-Term Ecological Research sites have probed these connections at scales from local to global and presented their findings in a symposium at the National Science Foundation in April 2018.

At the symposium, “Understanding our Ocean Connections Through Long-Term Ecological Research,” scientists from six coastal and marine LTER sites presented their latest research on everything from the impact of melting sea ice on penguins, to the role that hurricanes play in building ecological resilience. Presentations drew on examples from coral reefs, kelp forests, coastal salt marshes, temperate shelves, and wetlands to describe observed dynamics, ongoing changes, and a view to where these systems may be headed in the future.

Each year, the National Science Foundation Long-Term Ecological Research (LTER) Network presents an overview of the rich and varied research taking place at its 28 sites. Nearly 100 guests from various academic, research, government, and NGO institutions attended the half-day event, which was held at the National Science Foundation headquarters in in Alexandria, Virginia.

Each of the seven LTER Symposium presentations is now available on the LTER YouTube channel, via the links below, or find the full playlist here. 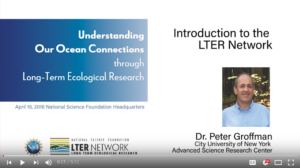 The 2018 NSF-LTER Symposium theme was ‘Understanding Our Ocean Connections through Long Term Ecological Research.’ In this first presentation, Dr. Peter Groffman provides an introduction to the structure and history of the LTER network and its contribution to long term ecological research, with an emphasis on coastal and marine systems. 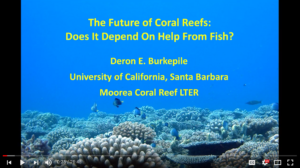 Coral reefs are a hub of marine biodiversity. They provide food, recreation and shoreline protection to some 1 billion people. But reefs around the globe have seen 50 to 90 percent declines in coral abundance, and forecasts of reef health have been dire. Long-term research by scientists at the NSF Mo’orea Coral Reef LTER Site shows that reducing nutrient pollution and fish over-harvesting can help reefs resist and recover from the impacts of large-scale disturbances such as coral bleaching – and may help corals survive in a warming world. 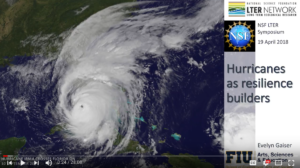 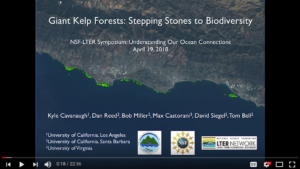 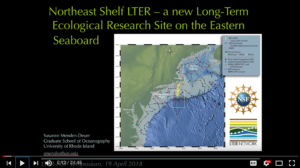 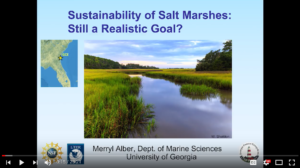 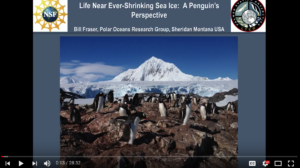