Microbial resilience and response with ongoing climate change is not influenced only by current patterns of disturbance, but also by land use legacies.

By Angela Theodosopoulos, a graduate student at the University of Colorado at Boulder 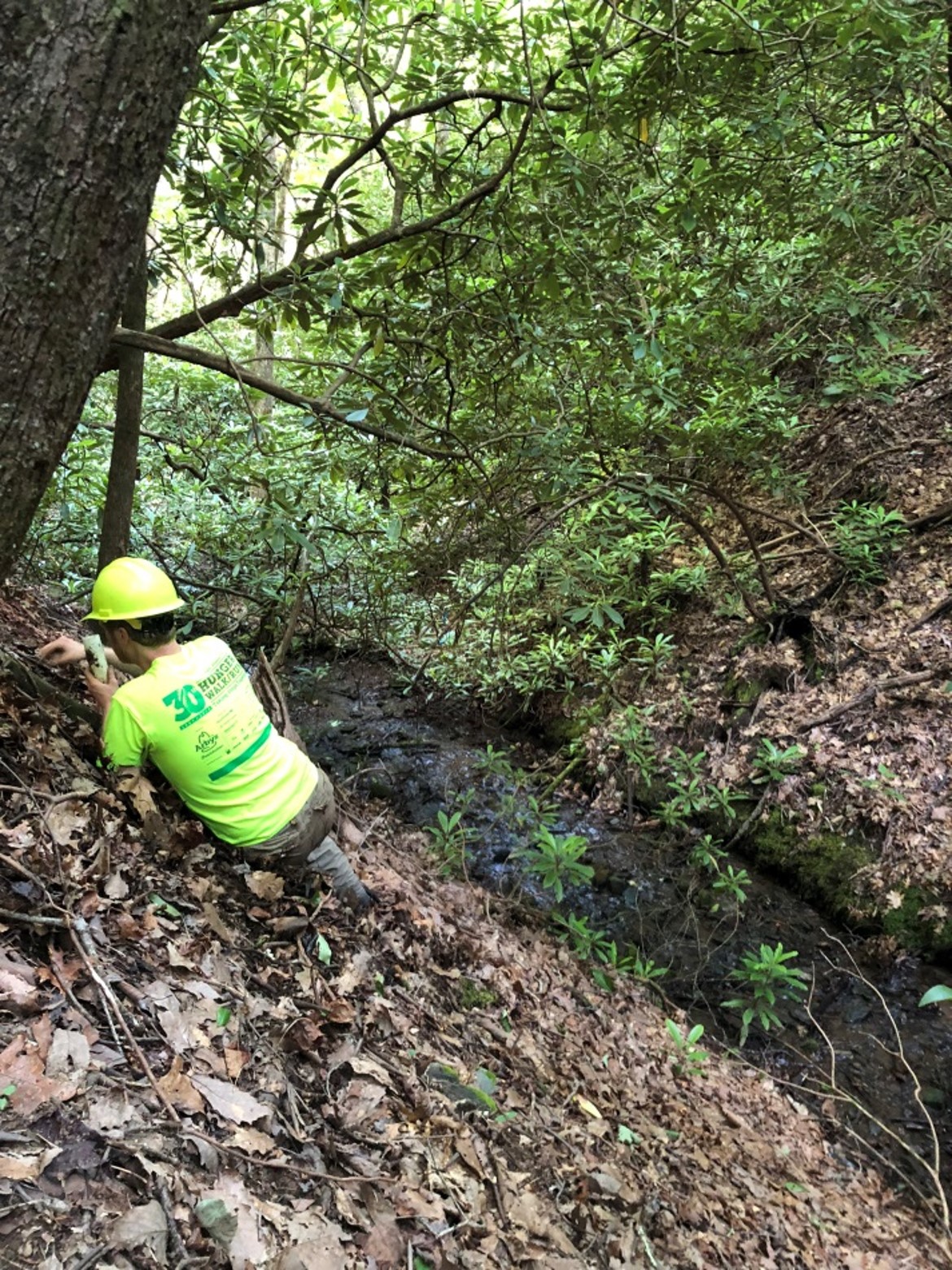 Microbial communities are affected by drought

When we think of drought, we often envision its resulting impacts that are observable to the human eye, such as dry forests that are vulnerable to fire, or lower availability of food for foraging animals.  However, drought also affects microbes, and microbes perform functions within carbon and nitrogen cycles, that in turn mediate climate. A new study by researchers at the Coweeta LTER sought to test the effects of drought on microbial communities. More specifically, they wanted to know if different land use histories could change the way microbes respond to drought. The authors found that historic land use at their field sites shaped microbial community response and resilience following experimental drought conditions. Such findings suggest that land use legacies can influence microbial communities under ongoing climate change.

Land use legacies and the Coweeta LTER

The Coweeta Hydrologic Lab in North Carolina is composed of many watersheds with contrasting land use histories. This includes two watersheds that are ideal for comparing how land use history affects microbes. One watershed remains undisturbed and its comparison was “disturbed” in the 1950’s and ‘60’s from logging and agricultural conversion. These practices were abandoned in the late 1960’s and the land was reforested. “This kind of land-use history is common in the eastern United States,” said Dr. Ernest Osburn, lead author of the study. “At Coweeta, where land use histories are well-documented and include both historically disturbed and undisturbed watersheds, we had this opportunity to experimentally compare the effect of land-use legacies on microbial communities.”

Dr. Osburn and his colleagues used the two neighboring watersheds to see if microbes responded to drought differently based on whether the forest had historically been disturbed.

Researchers designated six plots in both watersheds where intact soil columns and their inhabiting microbes were collected. The soils were incubated under either drought conditions where they did not receive water for at least six weeks, or a control group where water content resembled average summer precipitation levels. Then, the authors quantified (1) the amount of change in microbial communities inflicted by drought (i.e., their response) and (2) the recovery of microbial communities after return to non-drought conditions (i.e., resilience).

The authors found that bacterial communities sampled from the historically disturbed watershed were more responsive and less resilient following drought conditions, when compared to the undisturbed site. Drought conditions also altered the abundance of certain bacterial taxa. For example, Nitrospirae, a phylum of bacteria that produce nitrates and play a fundamental role in the nitrogen cycle, initially occurred at a higher abundance in the disturbed soils but were less resilient to drought. Overall, bacterial communities were more stable when their land use legacy was undisturbed.

The authors also examined fungal communities and found an effect of land-use legacy on drought response. Overall, fungal diversity was less resilient to drought conditions compared with bacterial diversity; this was in contrast to findings from previous studies. Drought caused dominant fungal taxa to become less abundant, resulting in more evenly composed communities. Collectively, findings from this work suggest that land-use legacies can exacerbate the severity of microbial community change imposed by drought.

The findings from this work are consistent with previous research at Coweeta that tested the effects of other historic anthropogenic disturbances, such as clearcutting and conversion to forest monocultures, on microbial communities. This emerging body of work is important, considering that much of the earth’s surface has been anthropogenically disturbed. For microbial communities in Coweeta, history does not appear to have been forgotten.