An amazing facet of biogeochemistry is how the tiniest of organisms, when found in large numbers, can drive the transformation of matter at monumental scales. Brown rot fungal hyphae with a 1nm diameter evolved to break down lignin and now decompose 80% of all dead conifers around the world. Termites act as ecosystem engineers by totally restructuring the subterranean landscape with their nests. Microbes can even be used in environmental remediation, with hydrocarbon-degrading bacteria employed to purify soils affected by oil spills. 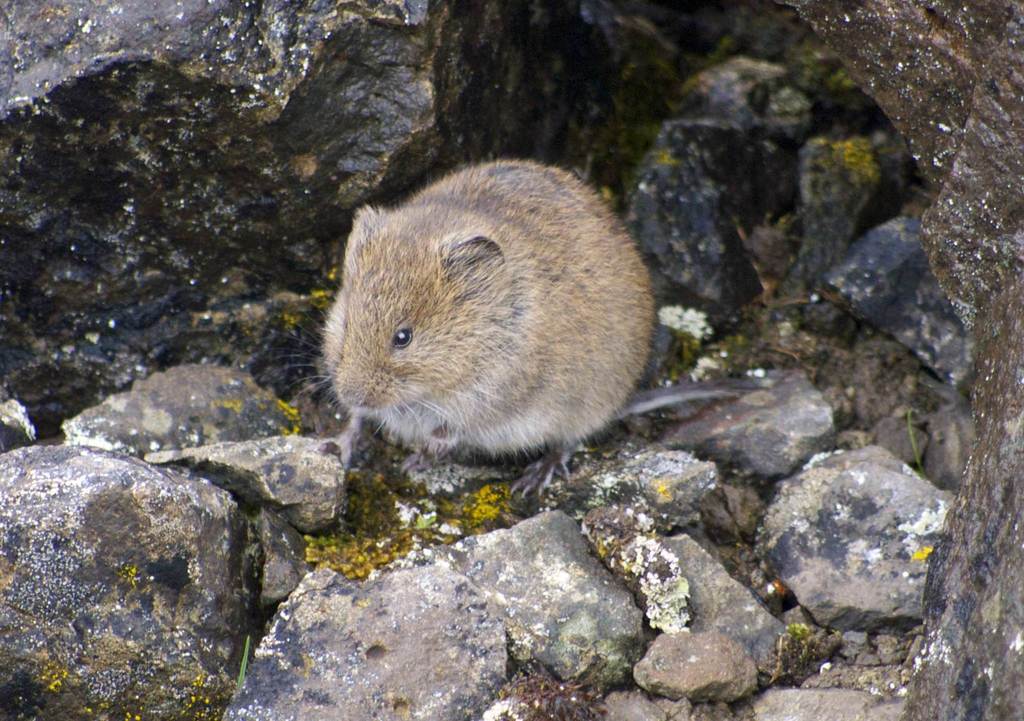 Another in this small yet mighty crew is the field vole. These small mammals are some of the most common found in Europe and go through fluctuating cycles of population density based on seasonal patterns and forage quality. Despite their small stature, rodent grazers such as the vole play a large role in the nutrient cycling of woodlands, marshes and other temperate ecosystems due to the volume of plant matter they consume in a growing season. As such, their responses to climate could drive important changes in C and N cycling.

Yet the role of small mammals has seldom been explicitly incorporated into models of biogeochemical cycling and climate. This is because their nutrient cycling processes parallel other explicitly modeled plant and microbial processes: their biomass consumption and waste excretion is lumped in with leaf litter fall and their respiration is aggregated in a general “heterotrophic respiration” variable with other animals and microbes. But, lumping small mammal grazers in with other species fails when predicting how ecosystems change with climate change, because grazers often respond to climatic shifts opposite of other heterotrophs. For example, whereas microbial respiration increases with increasing temperature, mammalian respiration slows as the warmer climate reduces the energy needed for individuals to maintain their body temperature.

In a recent paper published in Ecological Applications, researchers from the Arctic Long-Term Ecological Research Site show that incorporating grazing by small mammal herbivores as a variable in mathematical models of C and N cycling improves the ability to accurately predict the effect of climate change on these ecosystem processes. The researchers found that explicitly including voles in the model results in greater temperature-driven changes in nutrient cycling, with control models consistently underestimating the increased rates of nutrient cycling that will take place with climate change. The model without vole parameters fails to account for several key biological processes driven by vole activity that increase the rate of C and N stock changes in the ecosystem. 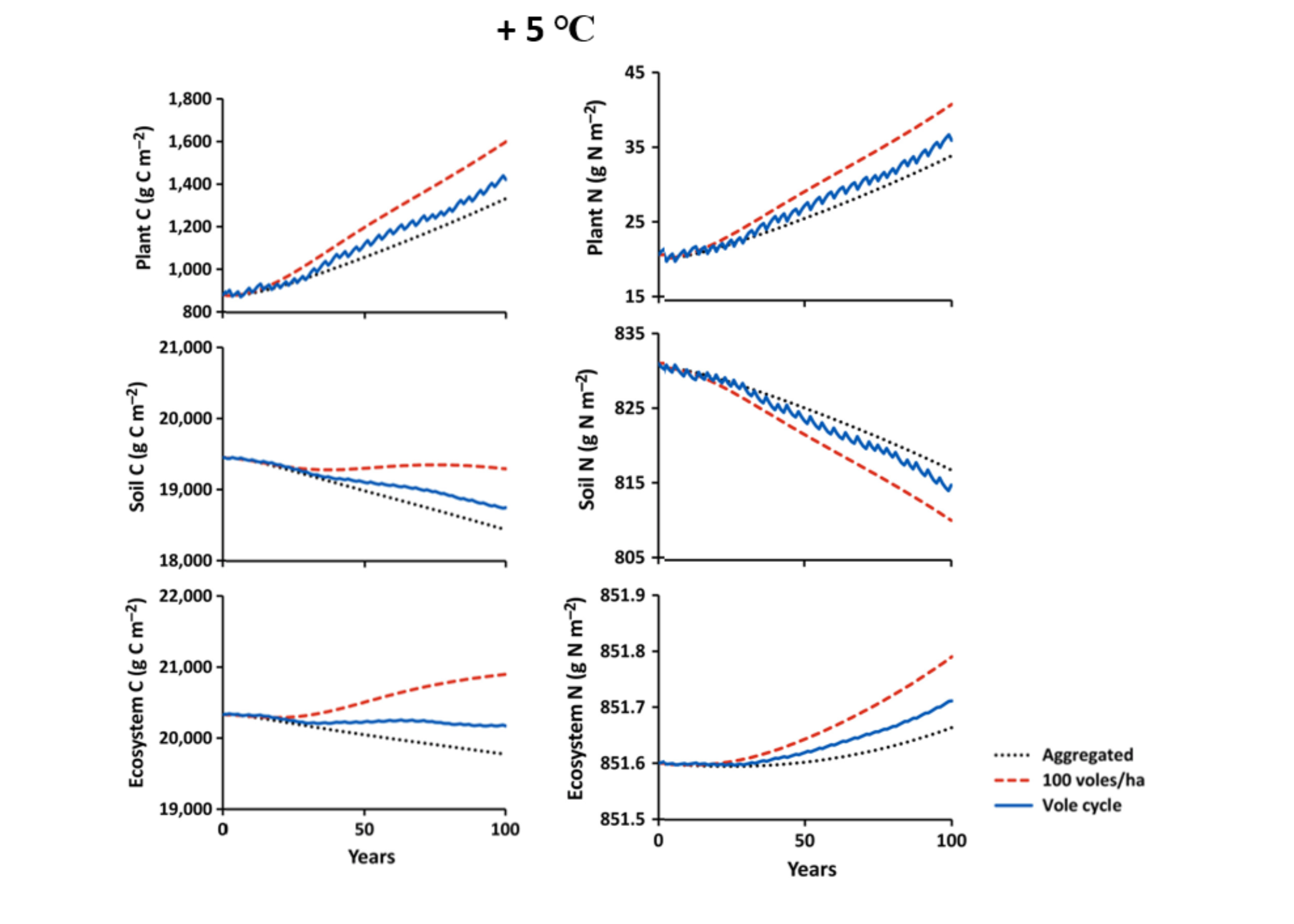 Climate models of changes in ecosystem carbon and nitrogen with increases in temperature. Black, dotted line represents a model where vole effects are “Aggregated” with other biogeochemical processes. Red dashed line represents a model with constant vole density (100 voles per hectare). Blue solid line represents a model with a simulated “Vole cycle,” in which vole abundance fluctuates with peaks every 3-4 years based on demographic patterns observed in wild populations. When voles aren’t explicitly accounted for (aggregated, dotted black line), the model underestimates shifts in carbon and nitrogen stocks.
Credit: Modified from Rastetter et al. 2022 Fig. 4 & 5

As anthropogenically driven climate change increases mean temperatures in Arctic ecosystems, N mineralization is expected to increase, releasing plants from N limitation and resulting in greater plant biomass. Under climate change, voles accelerate nutrient cycling by increasing transfer of nutrients from plants into the soil. Without accounting for vole herbivory, much of the carbon and nitrogen from this additional biomass is assumed to be trapped in litter fall, and nutrient cycling is underestimated. But when accounting for voles, a fraction of C and N lost in litterfall is instead recycled back into plant biomass—better mimicking real world dynamics.

As the world progresses into an era of major climate change, it is critical to accurately predict how ecosystem functions will be altered through time. Accurate predictions allow managers to make the right decisions to conserve ecosystems and the ecosystem services they provide. This work highlights the importance of the sometimes overlooked effect of biotic interactions on carbon and nutrient cycling under climate change. Taking into account small but mighty organisms such as the tundra vole can help to more accurately predict the impacts of eco-evolutionary dynamics on ecosystem functions around the world.