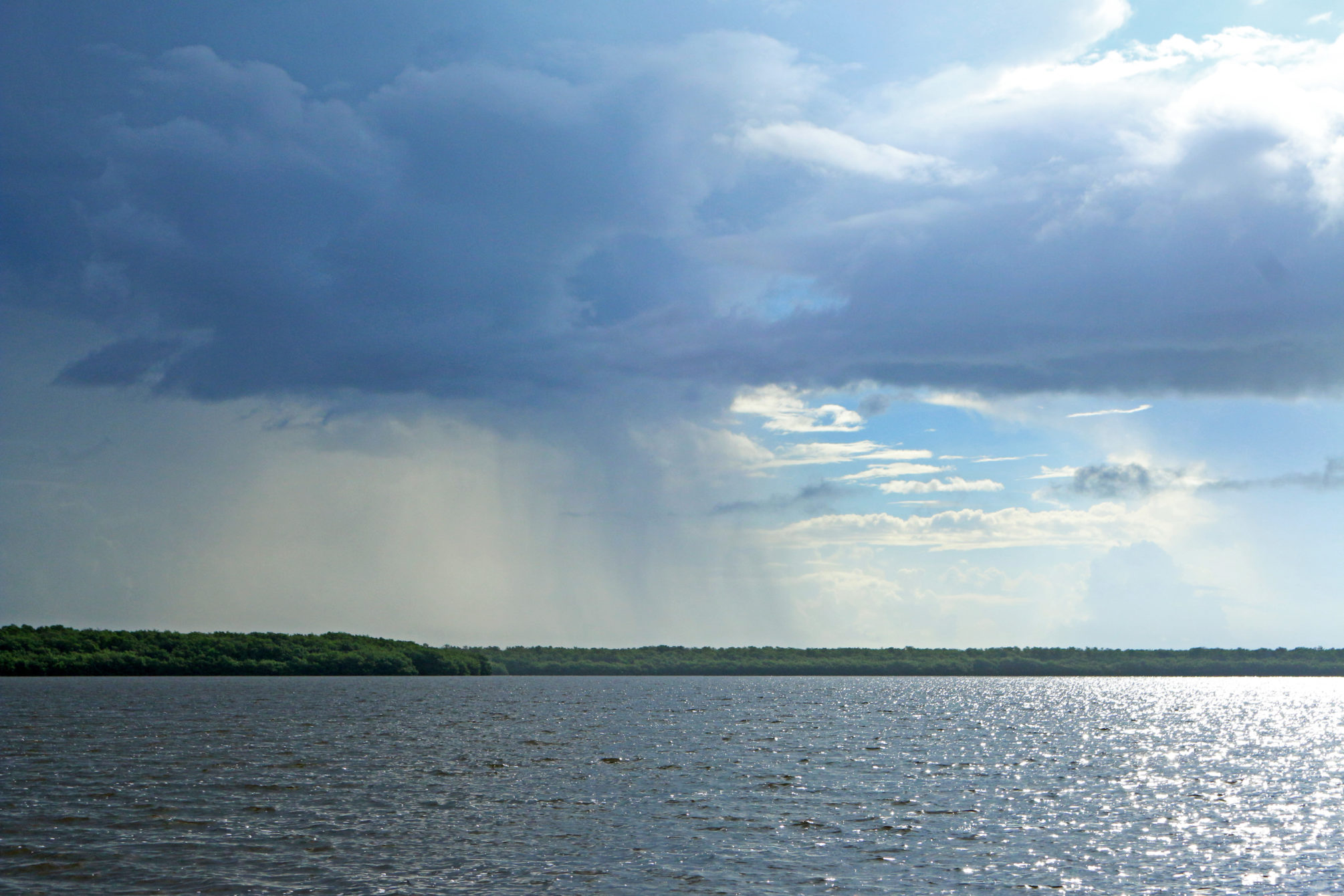 The Everglades, which depend on freshwater flow to support productivity and biodiversity, are especially vulnerable to the changes in rainfall that climate change is likely to bring. But local climate models are not yet sophisticated enough to say whether rainfall will increase or decrease in specific areas. What’s a manager to do? Researchers at the Florida Coastal Everglades LTER (FCE), modeled three different climate scenarios to give managers a sense of what to expect so that they could anticipate and prepare for the scenarios that pose the greatest risk.

The researchers modeled three scenarios: a baseline scenario received rainfall levels experienced in 2010, and two others received a 10% increase and a 10% decrease in rainfall. Results focused on three parameters of soil processes and patterning: water availability, surface water depth, and surface water velocity.

The decreased rainfall scenario presented the greatest challenges for managers, reducing the amount of water stored in soil and waterways and increasing the risk of muck fires. To reduce those risks, managers might want to increase water storage capacity and increase water inflow from upstream sources. In the 1920’s and 1950’s, dry years led to peat fires that burned more than 300km2, burning away up to 30 cm of carbon-rich peat. In the future, even areas that are currently too wet will be prone to  muck fires and peat loss if there is a decrease in rainfall.

Increased rainfall brings another set of concerns, including increased loading of pollutants such as phosphorus and sulfate from agricultural areas, which are already a challenge for the Everglades. To process the inflow of these pollutants, more stormwater treatment areas (STAs) will need to be sited within the Everglades ecosystem in addition to those that are currently placed at the northern edge of the Everglades.

These results offer a glimpse into what restoration and mitigation actions may be needed. Although modeling cannot exactly predict what will happen in the future, it can help visualize probable occurrences. With better information about climate change impacts, conservation managers can take into consideration the strengths and vulnerabilities of the freshwater system in the Everglades whether rainfall increases or decreases.