Something in the Water: Drug Residue in Urban Streams Alters Microbial Community 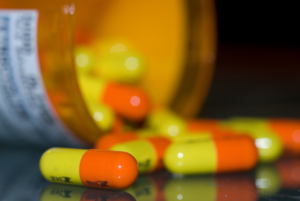 The term “pollution” often elicits graphic images of industrial smokestacks, overflowing trash heaps, and other explicit  visual cues that point to human influence on the environment. But what about pollution that isn’t as obvious to the naked eye?

Pharmaceutical residue has been recognized in recent years as a surface water pollutant that can impact stream ecosystems by altering the structure of aquatic microbial communities. New research from the Baltimore Ecosystem Study LTER site reveals that these invisible pollutants may be facilitating the proliferation and persistence of highly resistant bacteria that can survive despite the presence of these drugs.

Researchers detected analgesics, stimulants, antihistamines, and antibiotics in four urban streams in and around Baltimore, Maryland, with drug concentrations increasing with proximity to urban areas. The researchers then exposed the streams’ microbial communities to four common drugs — caffeine, an antibiotic, and two antihistamines — and evaluated the communities’ responses by measuring changes in respiration.

Analyses of the antibiotic-treated samples from all four microbial stream communities suggest that the drug selected for the same varieties of antibiotic-resistant taxa in each stream, but the largest shift in composition occurred at the most urbanized site. The same site exhibited the least reduction in respiration rate, indicating that the changing taxonomic composition helps maintain function in urban streams. This study provides evidence and insight into the impacts of “invisible” anthropogenic pollutants on the health and productivity of urban stream ecosystems.