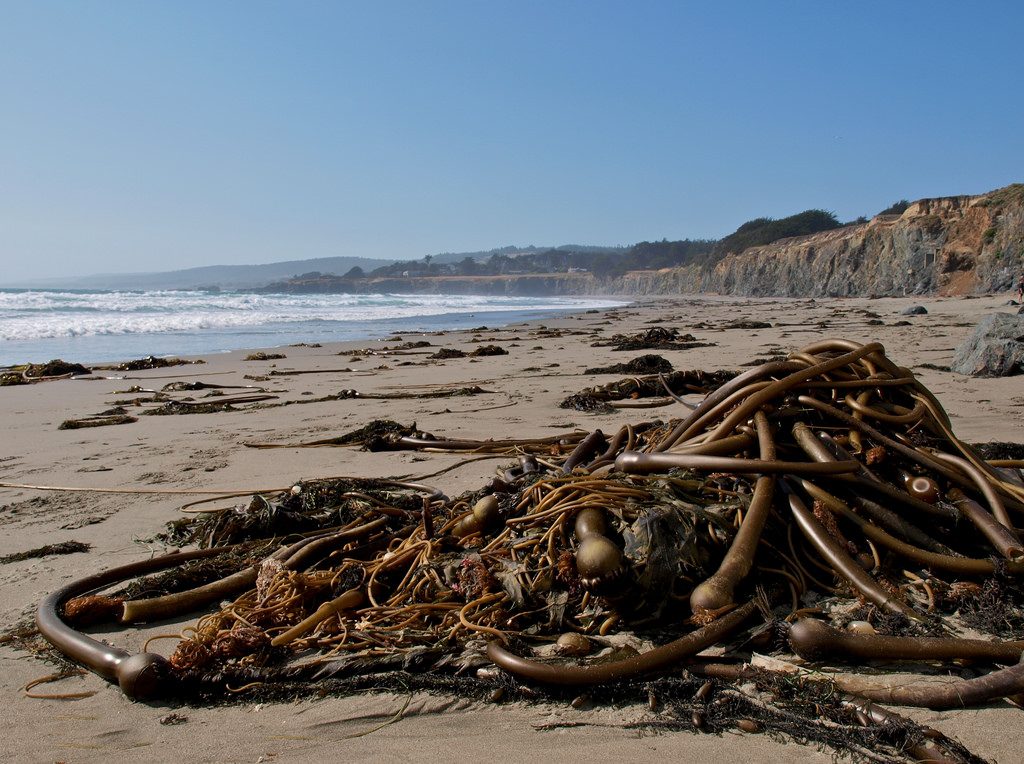 To maintain the image of a pristine beach—wide stretches of sand absent of fly-ridden piles of seaweed—managers often add sand to beaches and remove seaweed. This removal may lead to a more enjoyable experience for humans, but it constitutes a major loss of habitat for sandy beach critters, which use the piles of washed-up kelp for food and shelter. Revisiting sites that had been sampled in the 1970’s, researchers from the Santa Barbara Coastal LTER found that beaches with high human disturbances saw declines in species associated with wrack, or beached giant kelp.

Wrack-associated species play a vital role in nutrient cycling on beaches through the breakdown of wrack and are also important food sources for wildlife, especially shorebirds. The long term decline of these species represents a significant loss to the biodiversity and function of coastal ecosystems. Declines in biodiversity could lead to decreased ecosystem stability and function, as well as increased vulnerability to invasion.

The declines in wrack-associated species mirror trends for other beach-dependent species on urban coasts, such as turtles and nesting plovers, and highlights the impact of local human disturbances, relative to regional trends, on these beach ecosystems. Over time, local impacts to this ecologically important component of intertidal biodiversity may be reversed with management changes that reduce disturbances and allow for recovery. The recovery of these species will be especially important since sandy beach ecosystems dominate shorelines, making up 70% of open coasts.