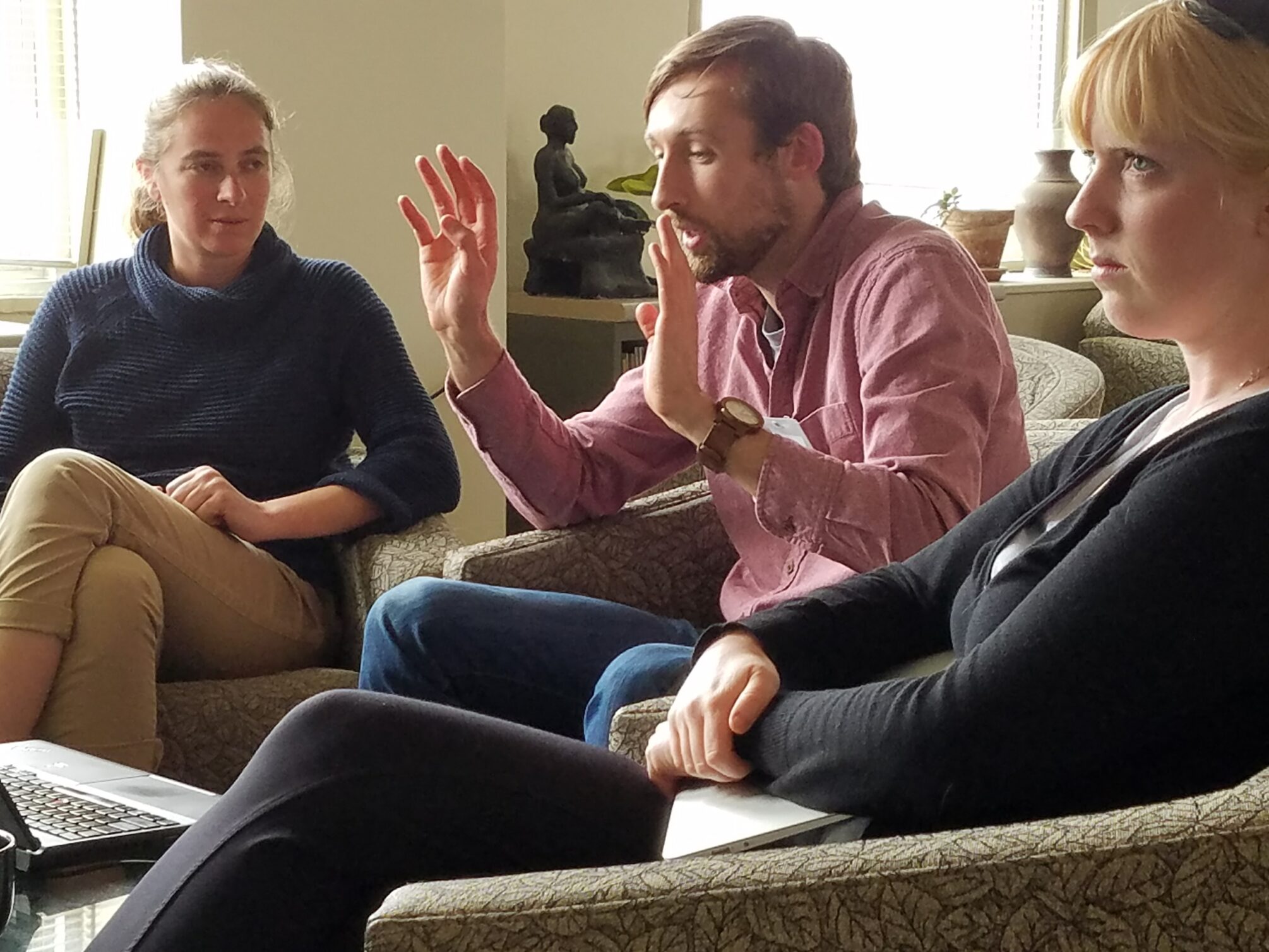 This past year, work from the LTER Synchrony synthesis group added important nuance to the biodiversity-stability relationship. The group found that biodiversity synchrony, or the coordination between biodiversity fluctuations across communities, actually predicts ecosystem stability better than biodiversity alone. The group’s new paper published in Ecology, The spatial synchrony of species richness and its relationship to ecosystem stability, uses empirical and theoretical approaches and synthesizes diverse ecological perspectives to provide new insight into canonical ecological theory.

Ecosystems with high species richness, or simply a large number of unique species, are more stable than less rich ecosystems. Ecologists have shown this in many ecosystems for decades. But ecosystems are dynamic, and species richness fluctuates over time. A growing contingent of researchers recognize these fluctuations, both in richness and in other measures, as controls on ecosystem functioning. The timing of these fluctuations can have significant downstream effects. Many synchronous small local reductions in species richness, for example, might cause a huge biodiversity loss across an ecosystem. “Synchrony can be destabilizing, in the sense that it leads to larger variations” in highly coordinated systems, says Dr. Jon Walter, a postdoctoral research associate at the University of Virginia and lead author of the study.

The LTER Synchrony synthesis working group provided an opportunity for eighteen researchers from a wide variety of LTER sites, backgrounds, and universities to study how synchrony influenced stability across ecosystems. One aspect of this they investigated was fluctuations in species richness. If changes in species richness were synchronous, the group hypothesized, this could translate to large fluctuations that undermine the overall stability of the ecosystem. They set out to answer three key questions: does richness fluctuate in sync across ecosystems; does richness synchrony relate to ecosystem stability; and what mechanism drives richness synchrony?

Richness synchrony is common in ecosystems 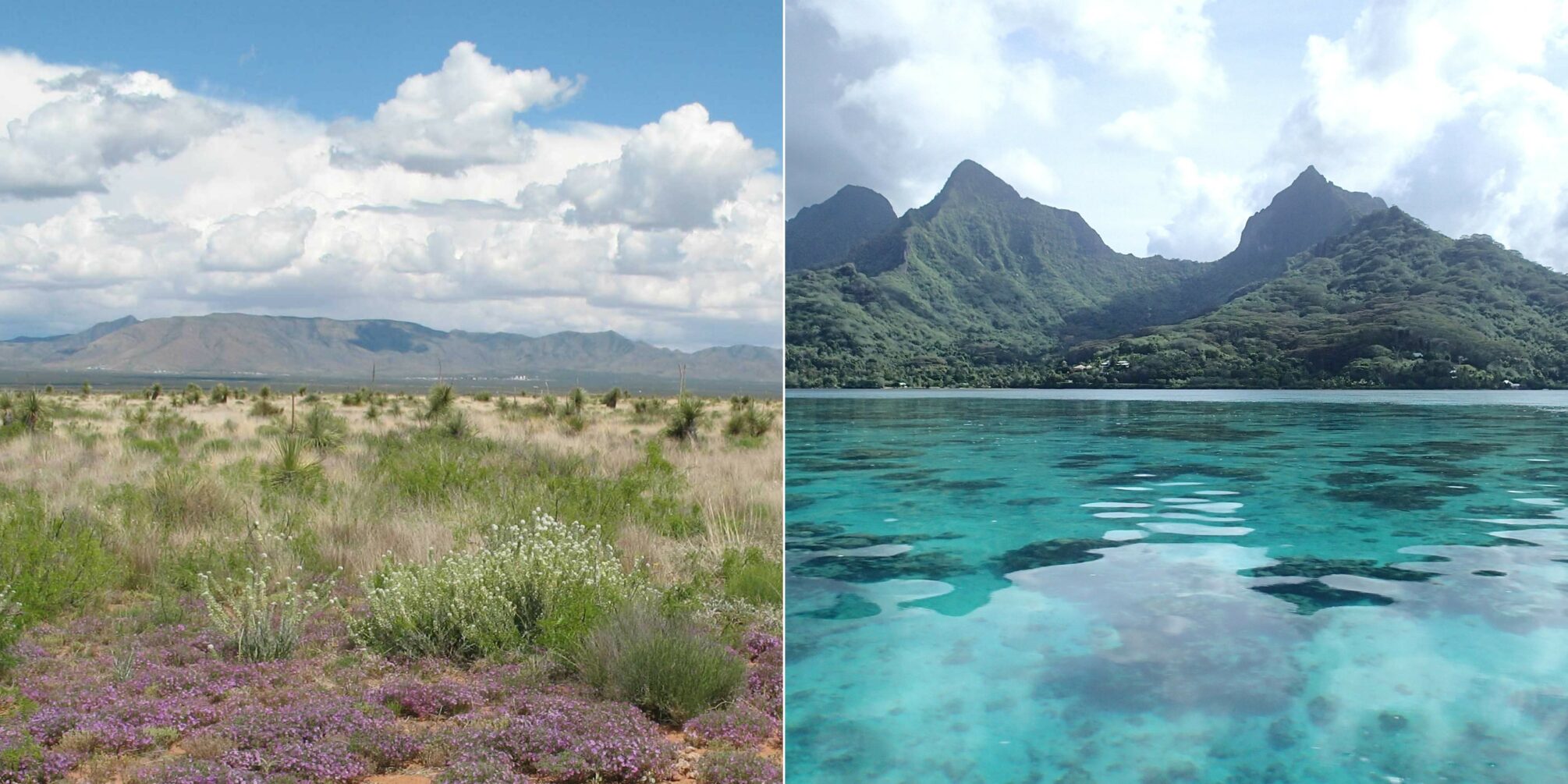 To see if richness synchrony occurs across ecosystems, the group studied a number of different sites in two distinct biomes: marine and grassland. When the synthesis group dug into the data, they found that species richness was a common phenomenon. “I think one of the cool things is that our results really suggest strongly that if we look for this other places, we’re very likely to find it,” says Dr. Walter. Part of what convinced him of this, he adds, is that the marine and grassland biomes they studied both showed richness synchrony despite being very ecologically different.

Remarkably, richness synchrony was a better predictor of ecosystem stability than species richness itself across the study sites. Dr. Walter thinks the mechanism behind this makes sense. Richness synchrony captures a broader range of drivers than richness alone, he says, leading to a tighter relationship. Richness synchrony, he elaborates, “is a way of measuring the dynamics of a system which at the same time says something about the way a community is structured and the environmental forces on that community.” Richness, by contrast, does not capture how communities react to their environment.

Searching for clues with a model 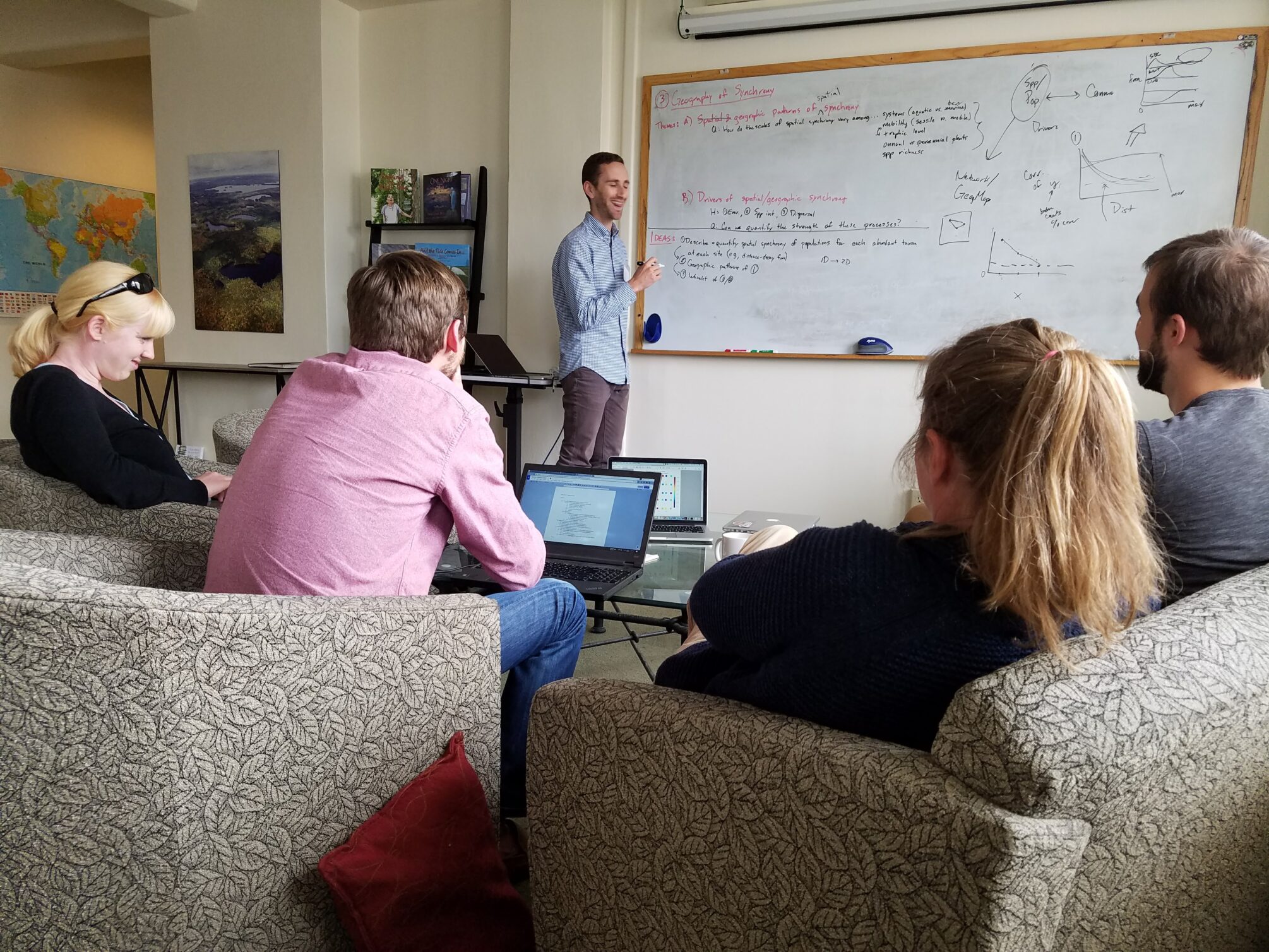 If richness synchrony is ubiquitous across ecosystems, there must be some common ecosystem processes driving synchrony, says Dr. Walter. But parsing these drivers from the real-world datasets proved challenging, he continues, because each of the 20 research sites were quite unique both in character and in the data they collected.

To overcome the limitations of their real-world data, the synthesis group created a simulated community that mimicked a real-world ecosystem. The model served as an exploratory tool for the drivers of richness synchrony. They needed to include a broad range of inputs, simply because they didn’t know what they were looking for. The goal, Dr. Walter says, was to “try and cover as much of the reasonable parameter space as we thought we could.” But the advantages of constructing an intricate model are clear: the group now had complete control over the potential drivers of richness synchrony.

LTER synthesis groups serve to connect motivated researchers from different subfields and give them the time and resources to produce unique work. The Synchrony working group dove into the link between richness synchrony and stability, and their approach combined two different ecological perspectives. Richness synchrony captured community ecologists’ fascination with biodiversity and also incorporated population ecologists’ spatial perspective of synchrony. Their finding — that richness synchrony is a better predictor of ecosystem stability than richness itself — shows the power of combining diverse perspectives.

But the LTER working groups are much more than a final product. “I can’t say enough about the group of people that were part of this working group,” says Dr. Walter. “Being able to bring together that expertise and fit it in a package of personalities that worked harmoniously was fantastic, and we did cooler stuff than I could have ever done alone.” It’s this type of synchrony that keeps the LTER synthesis working groups so central to LTER science.