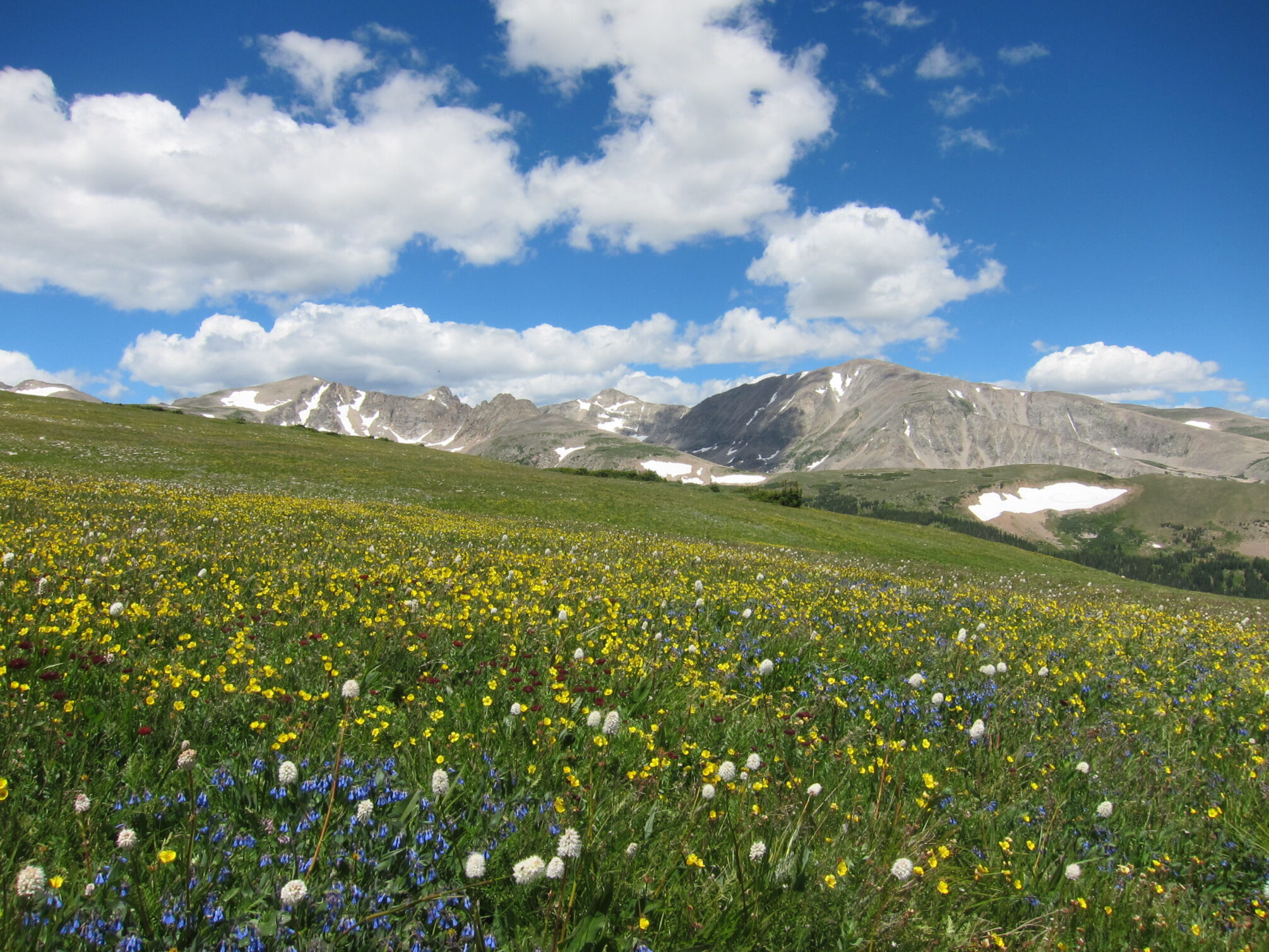 View from one of the study blocks. The abundant yellow flower in the foreground is Geum rossii, one of the two species removed from experimental plots at Niwot Ridge.
Credit: Jane Smith CC BY-SA 4.0.

Human activity has caused the nitrogen content of ecosystems across the globe to skyrocket: at present, around 50% of terrestrial nitrogen comes from anthropogenic sources such as fertilizer. But nitrogen can affect communities through tangled cascades of effects, and these pathways are poorly researched and often unresolved. A new study from the Niwot Ridge LTER dives into one theorized nitrogen cascade, asking whether certain plant communities can buffer or magnify the effects of nitrogen deposition on microbial communities.

Using an eighteen year long experiment, the researchers find that soil microbes respond directly to nitrogen addition irrespective of their aboveground plant community. This result reveals that plant-soil interactions are not as influential in nitrogen cycling as some researchers have previously thought, and is important for predicting how global change might affect microbial communities in the alpine.

Indirect effects are understudied, but could be very important

Decades of research at the Niwot Ridge Long-Term Ecological Research Site focus on the impacts of nitrogen deposition on the Colorado alpine tundra ecosystem. Nitrogen fertilizer and fossil fuel emissions far from Niwot site get lifted into the atmosphere and transported above the study site. Then, precipitation carries the extra nitrogen down to the ground. Nitrogen deposition has already increased at Niwot, and researchers have seen ecosystem wide changes in response.

Laurel Brigham, a PhD candidate at Niwot and lead author of this study, says that the full effects of nitrogen deposition are actually quite complicated. Increased nitrogen can directly induce changes in the plant community, but can also trickle down into other communities as well. These indirect effects of nitrogen addition—add nitrogen to plants, observe the resulting changes in microbes, for example—are vastly understudied, says Brigham. In fact, it’s unclear whether they even occur in certain communities. But if they do, knowing when and how they occur is critical to understanding the full impact of nitrogen deposition on alpine communities. 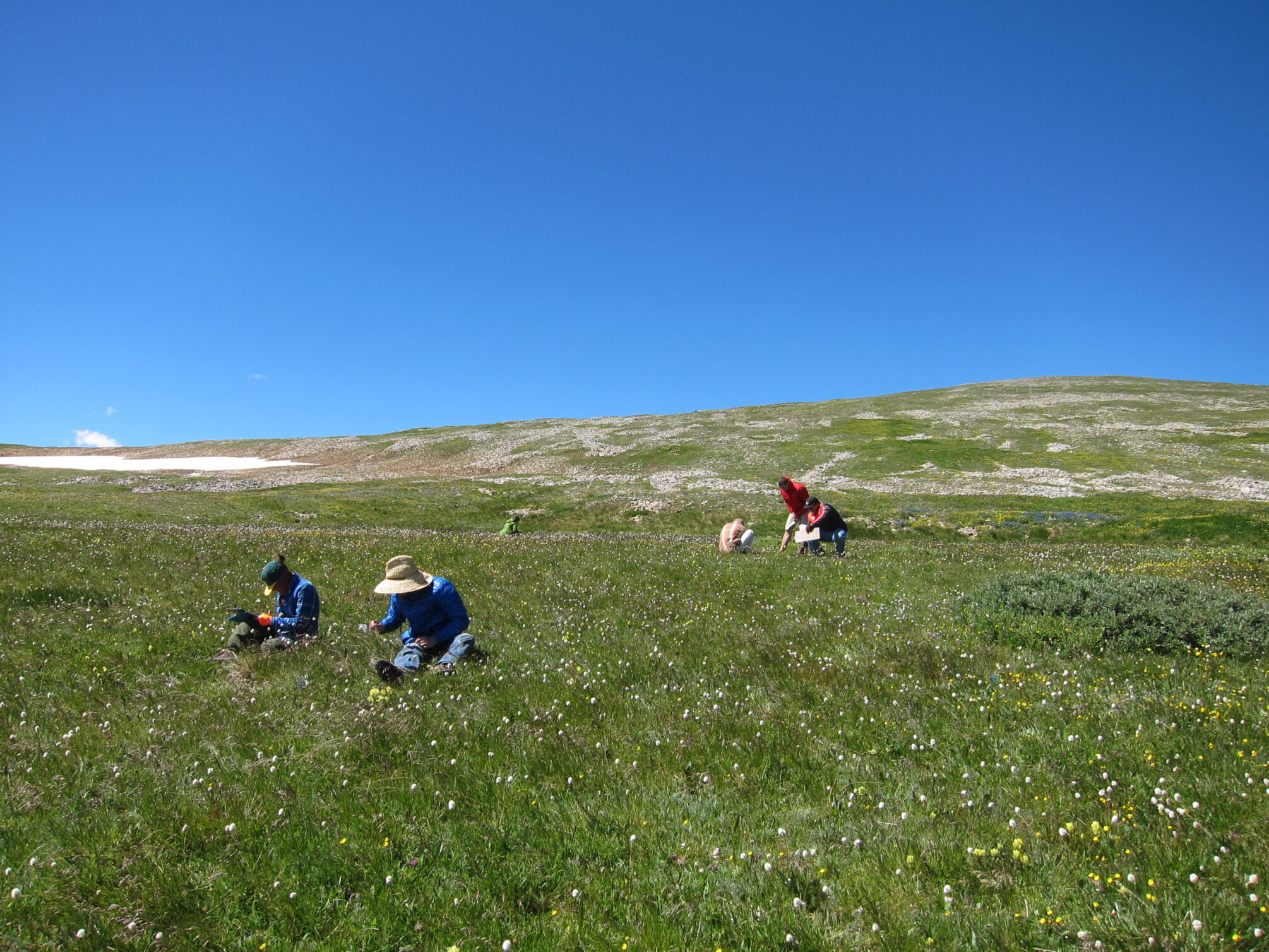 Searching for the indirect effects of nitrogen addition is difficult—Brigham needed an experiment that would clearly ascribe microbial community changes to the plant community. Lucky for her, her advisor, Dr. Katharine Suding, had started an experiment nearly two decades prior that manipulated the ecosystem in exactly the right way.

At the Niwot Ridge LTER, two codominant plant species have opposing effects on nitrogen cycling. Geum rossii slows nitrogen cycling way down, whereas Deschampsia cespitosa maintains rapid nitrogen turnover. In the early 2000’s, Dr. Suding, then a post-doctoral researcher, created experimental plots to study how the opposing influence of Geum and Deschampsia modify the effects of nitrogen deposition on the Niwot ecosystem. In certain plots, she pruned out all the aboveground Geum, in others, the Deschampsia, but let the other plants continue to grow. Then she added extra nitrogen to simulate deposition. Researchers kept pruning and adding nitrogen to the plots for eighteen years.

When Brigham joined the project, she saw that the plots were a perfect opportunity to test for the indirect effects of nitrogen addition on soil communities. Geum, she hypothesized, would slow the rate of nitrogen cycling in the soil and lessen the microbial community shift towards nitrogen loving microbes. Deschampsia, by contrast, would increase the rate of nitrogen cycling and greatly favor nitrogen loving microbes. “As dominant species, [the plants] can really shape how a community responds to a stressor through their own response,” she adds. All she needed to do was sample and compare the microbial communities in each type of plot.

Indirect effects are nowhere to be found 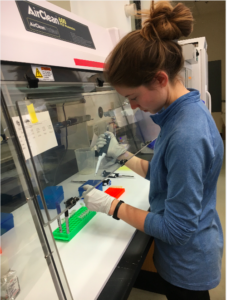 But Brigham had really set out to investigate the combined influence of nitrogen and plant community changes on microbial communities. Could the plant community present in a Geum– or Deschampsia-dominated ecosystem amplify or buffer the microbial response to nitrogen? She searched her data for this interactive, indirect effect. But there was no evidence it occurred.

Brigham’s results suggest that plants do not have strong indirect effects on the microbial response to nitrogen in her alpine ecosystem, contrary to her original hypothesis. But, she maintains that this surprising result actually reveals a lot of nuance in the system.

Brigham originally thought that one major way that Geum and Deschampsia influence the microbial community response is by manipulating the nitrogen available in the soil. Previous work at Niwot did show that both Geum and Deschampsia change soil nitrogen content in the ecosystem. But, “when I measured soil nitrogen with plots that either don’t have Deschampsia or don’t have Geum, I did not find a difference,” she explains. Compared to this earlier experiment, though, her plots contained significantly more plants that were not Geum or Deschampsia—the earlier work studied plots where ~90% of the biomass was a dominant species; her plots contained just ~30%. “You might not see indirect effects of nitrogen on soil microbial communities if those dominant members of the plant community are not shifting soil nutrient dynamics,” she adds. The two studies together suggest there’s a threshold species abundance above which dominant plants influence soil nitrogen—a previously unknown phenomenon.

Furthermore, the lack of indirect effects means that the impacts of nitrogen deposition on microbes are much easier to predict at Niwot, a boon to some researchers. “I don’t even have to worry about what the plant community is doing,” Brigham says about predicting how microbial communities will change in her system in the future.

“As a plant community ecologist first, I wanted to believe that plants were really driving the dynamics belowground,” Brigham laughs. But, this work adds to a number of recent studies that look for these indirect effects and do not find them. “A growing body of literature is showing microbes respond directly to global change,” Brigham adds. These studies contrast with early work suggesting that plant-microbe interactions are important. Long term experiments like the one in this study let researchers test, refine, and update old hypotheses. As a result, ecologists are able to show whether ecosystem processes, like soil microbes’ response to global change, are similar across a variety of ecosystems.

Brigham needed to be flexible enough to accept that her results ran contrary to her expectations. Eighteen years ago, the genetic techniques Brigham used to sample her microbial communities remained decades on the horizon. But flexibility to use the experiment in a previously unforeseen way allowed Brigham to ask a novel ecological question. The Niwot experiment is yet another LTER project that gets adapted, updated, and reimagined to answer pressing ecological questions as they arise.